Łódź Kaliska was created in 1979 during a photography plein-air in Darłowo as a group of young photomedialist artists. The creation of the group was related to scandal, a modus operandi that quickly became the group's trademark. Adam Rzepecki, Andrzej Świetlik, Marek Janiak, and Andrzej Wielogórski were expelled from the 5th Meeting of Young Polish Photographers. To demonstrate solidarity Andrzej Różycki, Andrzej Kwietniewski and Jerzy Koba also left the venue. The artists (some of them professional, other amateurs — a fact that partially explains group’s posterior challenging of the principles of art) did not, however leave the seaside resort, but instead became friends and organised their first joint happening: Barricading the street with a black ribbon in order to provoke commotion and distraction to allow throwing a white sheet over a group of persons, binding them, and slamming their asses. The title captures well the scenario of the event, which became the first work of Łódź Kaliska comprising Janiak, Koba, Kwietniewski, Rzepecki, Świetlik and Wielogórski (Koba, however, left the group fairly quickly). The name of the group was inspired by the name of one of the railway stations in Łódź, known at the time to be a shady and squalid place.

Initially the members of Łódź Kaliska displayed interest in the analysis of photography as a medium and the relations between this medium and visual perception, remaining under the influence of the Film Form Workshop, Team T. (Zespół T), and other representatives of the radical conceptualist faction of the 1970s. Nonetheless, they soon left photomedialist rationalism in regards to the possibilities of cognition of reality through photography, as in e.g. the 1980 series of photographs titled Points of view by Jerzy Koba or the 1981 Seeing restricts art — cross your eyes by Andrzej Kwietniewski. The subsequent evolution of the group was defined by the following manifestos: the 1980 Embarrassing art by Marek Janiak, the 1984 Manifesto (for the art of the eighties) by Janiak, Andrzej Kwietniewski, Tomasz Snopkiewicz and Jacek Kryszkowski, For the need art by Marek Janiak and Andrzej Kwietniewski also from 1984, as well as their continuations. In these texts Łódź Kaliska definitely broke up with conceptualism, mocked the avant-garde poetics, and consciously opted for neo-Dada use of joke, parody, provocation, and profanity. As Jolanta Ciesielska, a critic, put it: “Embarrassing Art is a perverse way of addressing the reality that surrounds us, dominated (especially in the first half of 1980s, when this ideology was born) by the experience of failure, triviality, and absurdity of actions, the sense of unfulfillment, fiasco, and embarrassment in the face of ubiquitous idiocy (including creative impotence), the emptiness and the insipidity of life”.

One of their more important actions of that time was the 1981 Complete downfall (Upadek Zupełny) art performance in Cracow, part of the Seven days to create a world, in which the artists lied motionless for several hours on the main city square. During the same year, while on a plein-air session in Osieki Adam Rzepecki painted a statement on one of the buildings, which would later (frequently modified) become his motto: “From this day onwards, I’m pretending to be an artist. Rzepecki”. Also in 1981 Łódź Kaliska inspired considerable controversy with their Padlock (Kłódka). During the performance the members of the group used a padlock to close and leave to their fate the audience of the Breakwater, i.e. the Polish section of the famous international Construction in Process exhibition.

The often vulgar dissent against social standards and artistic conventions lead to a clear hiatus between Łódź Kaliska and similar milieus and the artistic establishment (regardless of political preferences). Łódź Kaliska attracted a group of people later referred to by Jacek Jóźwiak as the Pitch-In Culture, i.e. an informal society of artists openly rejecting any social, political, or aesthetic obligations of art. Although not all the participants of the Pitch-In Culture opted for Łódź Kaliska’s typical path of joke, embarrassment, and bluff it was Łódź that set the style of the parties at The Attic (the unofficial studio and gallery in Łódź) and publications such as the Tango magazine. The Pitch-In Culture period (1981-1987) marks a time of complete departure from cultural institutions and the official artistic life for Łódź Kaliska, although as early as 1985 the artists started selling their works to museums, which precipitated the gradual disintegration of the milieu. At that time the “positive nihilism” (according to Andrzej Partum), collectivism, and the playful spirit of Łódź Kaliska were tainted by the growing sense of misunderstanding, lack of social acceptance, and rejection by critics and curators. From today's perspective naivety of the Łódź Kaliska members becomes apparent, as in their pursuit of authenticity beyond any conventions they replicated the myth of bohemia, poètes maudits rejected by the society.

The end of the Pitch-In Culture (preceded by the closing of The Attic, and later on Zocha’s Gallery, ran by Zofia Łuczko, a “muse” since 1983, and de facto albeit not officially a member of Łódź Kaliska) caused closer collaboration within a smaller group of people. By the end of 1980s, without renouncing scandal and provocation, Łódź Kaliska set a new, postmodernist bearing and focused on creating films and staging photographs mocking canonical works of art. More or less at time another “muse” appeared, i.e. Małgorzata Kapczyńska-Dopierała alias “Pynio”. It was during that period when the group produced its most famous work: Farenheit? Nein, danke!, a film parody of Delacroix’s Liberty Leading the People. To celebrate its 10th anniversary the group symbolically changed its name to Łódź Kaliska Museum — a self-ironic act of admitting to have artistic aspirations.

Throughout the following decade the group remained faithful to the postmodernist ideas. In their works the artists fustigated religious obscurantism, grundyism, and nationalism while manifesting hedonistic approach to body and life by living at the expense of acclaimed works of art. The twentieth anniversary of group’s activities was marked by the publication of the much-publicised God envies us the mistakes album and the Pure art installation in the toilet of Museum of Art in Łódź. In the 2000s Marek Janiak put forth a new concept: New Pop, i.e. art styled after commercials and popular culture. In that period the creative activities of Łódź Kaliska have already underwent commercialisation. In 2007 Andrzej Kwietniewski left the group. In the new millennium the subsequent works of Łódź Kaliska (known for their predilection for women with big breasts) were met with harsh criticism both from the conservative sectors, agitated by the breaking social standards and from the feminists who protested against sexualisation and instrumentalisation of women’s bodies. This was especially the case of the New Coat of Arms of Poland, a session for Playboy magazine in 2004, in which a nude model with eagle’s feathers substituted the bird in the Polish crest and the 2008 May men rot, which featured photographs of tens of naked women carrying out typically man-associated jobs (e.g. in stone quarries). If the obscenity of Łódź Kaliska’s works from the 1980s can be seen as a transgression, their works from the 2000s fit perfectly the “conservative turn” in Polish art.

In the period of Polish People's Republic the programme of Łódź Kaliska distanced itself from political issues and the “church art”, i.e. patriotic, clericalist, and anti-communist art, to the same degree as it did from to the official, state-approved cultural life. Creating own, alternative community was, however, a political manifestation in itself. It consisted of challenging the entire system, not limited only to the official authorities. In this aspect Łódź Kaliska may serve as an example of radical dissent of artists pursuing — against the ideologies of committed art or socially useful art — elitism, or even aristocratism of their own, exclusive milieu. Łódź Kaliska questioned the avant-garde ethos, but paradoxically continued it, through its art vs. the society. Similarly, in spite of manifesting contempt for conceptualism, Łódź Kaliska remained faithful to the new genres of art — photography, video art, performance, installations, happenings, manifestos — while definitely rejecting traditional forms of painting, sculpture or graphics used at that time by the artists of the new expression. 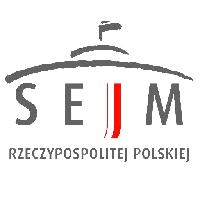 Lower House of the Parliament of the Republic of Poland
Sejm is a lower house of Polish Parliament (with Senate being the upper house). It consists of 460 members, elected in the general elections every 4 years.
lasīt vairāk 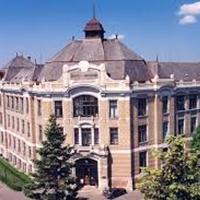 Lucian Blaga Central University Library Cluj-Napoca (BCU Cluj-Napoca) is one of the most important university libraries in Romania; it is financed by and subordinated to the Ministry of National Education and Scientific Research. BCU Cluj-Napoca has a collection of almost 4,000,000 books and periodicals. Also, the library’s special collections contain many items of the cultural heritage such as manuscripts, incunabula, old books, maps, prints, and photographs. The library was founded in 1872, when it took over the rich collection of the library of the Transylvanian Museum Society (Erdélyi Múzeum-Egyesület). In the beginning, the aim of the library was to serve the Hungarian University of Cluj. In 1919, when Transylvania became part of Romania, a royal decree was issued turning the Hungarian university into the Romanian University of Cluj, and the library was reorganised. In 1927, after the Romanian University of Cluj changed its name, the library received the official name of the Library of Ferdinand I University. During the communist regime, BCU Cluj-Napoca underwent a process of staff purging, and public access to many books was forbidden, as they were placed in the so-called Special Collection. Nevertheless, the library became a refuge for certain personalities purged from the university in Cluj by the communist authorities. The best known example is that of the philosopher and poet Lucian Blaga, who worked at the library in the period 1952–1959. This is why, in 1992, the institution was renamed Lucian Blaga Central University Library of Cluj-Napoca. BCU Cluj-Napoca hosts many collections which reflect the cultural opposition against the communist regime, such as the collections of Adrian Marino, Mircea Carp and Lucian Blaga, and the Raţiu–Tilea collection. BCU Cluj-Napoca is made up of a central unit and a series of branches which serve the various faculties of Babeş-Bolyai University of Cluj-Napoca and its branches in other Romanian cities. The central unit is also divided into departments on the basis of their activity, and includes units such as: “Research. Special collections. Oral archive and multimedia”; “Development of collections and inventory of publications”; and “Bibliographic research. IT Laboratory. Digitization.” With the increase in the number of students attending the universities of Cluj, the number of library users also increased, exceeding 80,000 people in 2016. Between 1999 and 2016 the library implemented an ample digitization program, with the result that that many documents of heritage value and old periodicals have become accessible online.