The Hungarian Film Archive has been member of FIAF (International Federation of Film Archives) since the beginning on (1957). The Federation organizes annual meetings – always in a new country, in a new city – MaNDA always takes part in those meetings where the discuss the operational principles, professional policies – e.g. codes for restauration etc. They keep in touch via a newsletter, where every member can learn about events, news, projects of other members.

lasīt vairāk
Federal Agency for Civic Education
The Federal Agency for Civic Education was created in 1952 as the Federal Center for Homeland-Service. Its original portfolio sought to anchor democratic ideals and principles in the population of West Germany. Today, it continues in this pursuit, specifically to “foster understanding for political issues, firm-up democratic consciousness and to strengthen willingness to participate in political processes.” An advisory board composed of 22 members of the German Parliament ensures the political impartiality of the Center’s internal and well as external civic education. Since 2000, Thomas Krüger, a former GDR dissident is the Center’s President.
lasīt vairāk
Federal Commissioner for the Records of the State Security Service of the former German Democratic Republic (BStU)

The Federal Commissioner for the Records of the State Security Service of the former German Democratic Republic (BStU) is a federal agency empowered by the Law on Stasi Documentation to preserve for, and make available to the public the records of the State Security Service. A Commissioner to head the agency from Berlin is voted upon by the German Bundestag (Parliament) every five years.  Besides Berlin, the agency also has twelve offices located in the former GDR-district seats of Chemnitz, Dresden, Erfurt, Frankfurt (Oder), Gera, Halle, Leipzig, Magdeburg, Neubrandenburg, Rostock, Schwerin and Suhl. They preserve the records of the State Security Service of the GDR making these available, per the Law on State Security Documentation to individuals, institutions as well as the public. Alongside these activities, the agency has a dedicated research department which appraises the history of the GDR, with a special focus on detailing the repressive structures in the country. Three former GDR civil rights activists, Joachim Gauck, Marianne Birthler and Roland Jahn have held this office.

The documents of the BStU constitute an essential resource as they detail the observation of regime opponents by the secret police from 1950 until 1989. Included are unique records which were confiscated, or reports from agents of original or self-referencing records. Sometimes, these documents have provided the first and only mentions of lesser-known situations and figures from the cultural opposition. Through the Federal Commissioner for the Records of the State Security Service of the former German Democratic Republic the legacy of the Ministry of State Security of the GDR has had a lasting influence on the history of the GDR. Numerous studies have been completed on the basis of these records and inquiries. 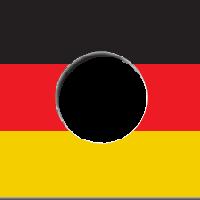 Federal Foundation for the Reappraisal of the SED Dictatorship
The Federal Foundation for the Reappraisal of the SED Dictatorship was founded by the German parliament in 1998 and is tasked to reprocess the causes, history and consequences of the dictatorships in the Soviet occupation zone and the GDR. It was meant to accompany the unification process, to collaborate on the reappraisal of dictatorships in other countries and to commemorate the peaceful revolutions of 1989 as outstanding events in the history of German und European democracy. The Foundation collaborates with many institutions and projects. Its archives maintain, develop and secure public access to several dozen collections concerning cultural opposition in the GDR.
lasīt vairāk
Federal Government Commissioner for Culture and the Media
The Federal Government Commissioner for Culture and the Media has the rank of a minister of state and is responsible for promotion and funding of cultural projects and institutions of national importance. The Commissioner manages an agency with a staff of nearly 250 people and represents the interests of the Federal Republic of Germany regarding cultural and media policies at the European Union.
lasīt vairāk
1 - 5
1 2 3 4 5 nākošā lappuse »»