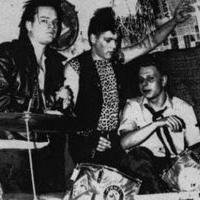 Schleim-Keim
This punk band around the brothers Klaus and Dieter Ehrlich hailed from Erfurt and played its first show in 1981. Two years later, they recorded one side of the LP "DDR von unten" (GDR from below). The LP was produced in the West and is considered the first GDR punk album. The band continued to exist after 1989/90 and only broke up in 1996.
lasīt vairāk 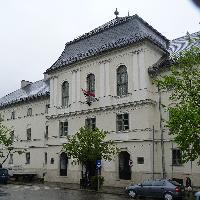 Scientific Collections of the Calvinist College of Sárospatak

The Scientific Collections of the Calvinist College consist of the Great Library with its Manuscripts and special collections, the Archives, the Museum, and the Database. The Calvinist College of Sárospatak was founded in 1531. From that period, printed works, manuscripts, and archive documents have been collected. These materials were guarded by officials chosen from among the senior students, and they were kept in boxes and bookcases. A new room was built for the library in 1641. After the Counter Reformation, with the help of several scholars, the library expanded dramatically. At the beginning of the twentieth century, it became the “Big Library,” with about 100, 000 volumes. Today, the collection contains more than 500,000 volumes. The College’s museum was based on various collections since the 1700s. In the second half of the seventeenth century, there was a “physics” collection, in the eighteenth century there was a “numismatics” and “natural history” collection, and in the nineteenth century there was a “fine arts” and “archeology” collection.

The archives consist of a collection of the documents of the Calvinist Church District Archives west of the Tisza River, its diocese and its parishes, and the Reformed College of Sárospatak. Religious persecution at the end of the seventeenth century influenced the history of the archives. Most materials from that time and before were damaged or lost. Together with the College, the archives were revived after 1703. The archives of the College and parish were unified in 1890. In 1951, the archives became collective archives. A “movement to save” began at the time. Many documents of diocese and church districts were archived. Now, there are 380 fonds which are 471 linear meters. The Database consists of works about rural Hungary and further materials by American Hungarians. This collection now contains 250,000 documentation units.
lasīt vairāk 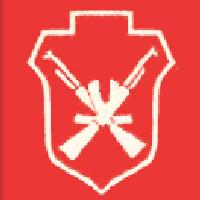 The Romanian communist secret police, generally known as the Securitate, was officially established under the name of the General Directorate of the People’s Security (Direcţia Generală a Securităţii Poporului – DGSP) through Decree No. 221 of 28 August 1948. The first head of the Securitate was Gheorghe Pintilie (Pantelei Bodnarenco), a former Soviet agent of Ukrainian origin, who had been sent to Romania in 1928 to support the tiny local communist party which had been forced underground in 1924.

The Securitate was dismantled immediately after the 1989 revolutionary regime change in Romania. Thus, the newly established ruling body of the country, the National Salvation Front (Frontul Salvǎrii Naționale – FSN), issued on 30 December 1989 Decree No. 33, whose single article referred to the dismantling of the Department for State Security, that is, the Securitate. After 1989, the Securitate and its crimes became one of the most popular topics of research in Romania, with the former collaborators of this institution being the subject of media articles and public debates. As a result, the Securitate was publicly blamed as being responsible for the brutal repression of opposition which existed in the early days of communism in Romania, and for the successful prevention of any anti-communist movement during the entire communist period. This overall assessment was based rather on personal memories than on archival research, for the documents of the Securitate remained largely inaccessible for fifteen years. While access was restricted, rumours about the destruction of the most compromising files circulated intensely. These rumours were fuelled partly by the discovery of a large number of half-burned documents from the archives of the former Securitate in a forest close to the village of Berevoiești, Argeș county. This event created the public impression that the Securitate was continuing to control the transition from communism to democracy just as much as it was believed to have controlled the communist regime in Romania. Ever since their transfer from the Romanian Intelligence Service (Serviciul Român de Informații–SRI) and from other institutions which hosted them temporarily to the National Council for the Study of the Securitate Archives (Consiliul Național pentru Studierea Arhivelor Securității–CNSAS), the documents of the former Securitate have been frantically accessed by individuals who wanted to see their own file. The case of the Nobel prize winner Herta Müller is perhaps the most internationally famous. Besides, these files have supported the legal process of unmasking Securitate collaborators, with many of the cases uncovered stirring heated debates upon the very definition of the collaborator, as well as on the legal and moral aspects of the act of collaboration. However, public opinion in post-communist Romania continues to consider that many former collaborators are still undisclosed for they are among those who control key political or economic positions in the country. At the same time, it condemns as morally incorrect behaviour any entanglement with the Securitate which implied an act of informing upon another person, and such a vision has been transferred to the young generations born after 1989.