The KGB is the most commonly used acronym for Soviet Russia’s (and subsequently the USSR’s) political police, which was named Komitet Gosudarstvennoi Bezopasnosti (Committee for State Security) for most of its post-war existence, more precisely between 1954 and 1991. The KGB was originally established in December 1917 as the Cheka (Russian acronym for the All-Russian Extraordinary Commission for Repression of the Counter-revolution and Sabotage), which functioned as the coercive instrument of the dictatorship of the Communist Party over Russia and all Soviet republics. It successively bore the names of GPU (an acronym for the State Political Administration) and NKVD (an acronym for the People’s Commissariat of Internal Affairs).  Immediately after the end of the Second World War, on 16 March1946, the People’s Commissariat for State Security, which had been established in 1941, became the MGB (Ministerstvo Gosudarstvennoi Bezopasnosti – Ministry for State Security). In March 1953, after Stalin’s death, the MGB and the Ministry of Internal Affairs (MVD) merged into a common institution under the latter name, which was headed by Lavrenti Beria. In the MSSR, the new MVD continued to function under the republic’s notorious first security chief, Iosif Mordovets, who was heavily involved in the massive campaigns of repression and deportation in the late 1940s and early 1950s. A year later, on 13 March 1954, a decision of the Presidium of the Central Committee of the CPSU created a new structure of the security apparatus which remained basically unchanged until the collapse of the USSR in 1991. State security was now entrusted to the Committee for State Security (KGB) and its branches in the republics, separated from the MVD. Mordovets remained head of the new committee for another year, after which he was replaced by one of Khrushchev’s loyalists.

The structure of the central apparatus of the Moldavian KGB was typical for the general pattern prevalent throughout the USSR. It was divided into the following sections: Section I (general intelligence), Section II (counter-intelligence activity), Section III (operative collaboration with the MVD), Section IV (operative activity concerning the sphere of transportation), Section V (struggle against ideological deviations, later known as Section “Z” – defence of the constitutional Soviet order), Section VI (operative activity in the industrial sphere), Section VII (surveillance), the technical-operative division, and several auxiliary services. For our purposes, the most interesting and relevant subdivision of the Moldavian KGB was Section V, which dealt directly with the repression and “re-education” of potential dissidents, unreliable and untrustworthy persons. This section was responsible for controlling and keeping under close surveillance all those opposed to the regime, including those who expressed dissenting views in the sphere of culture and identity issues. It thus combined a repressive dimension with an aspect of propaganda that overlapped with the party’s own Agitprop department. At the end of the 1980s, the Moldavian KGB had around 300 permanent employees. Out of this total number, approximately two thirds worked in the central apparatus of the organisation. Seventy employees worked in the five city branches of the Moldavian KGB (Chişinău, Bălţi, Bender, Tiraspol, and Ungheni), while another sixty operatives were divided among the nineteen district bureaus (as a rule, each bureau was responsible for two districts). Around forty KGB operatives were working in Transnistria, and another ten people in the Gagauz region.

The Moldavian KGB had an excellent reputation at the all-Union level and was deemed one of the most effective branches of the Soviet security apparatus. In Soviet Moldavia, the KGB’s record (like that of its predecessor organisations) was that of a pivotal instrument of communist nation-building, political control, and repression, with its key positions entrusted, as a rule, to Russian or Ukrainian officers. In the 1960s and 1970s, the Moldavian KGB was especially preoccupied with the purported threat of “local nationalism,” investing a lot of resources and efforts to combat this phenomenon. After the breakup of the USSR, the assets and part of the personnel of the KGB in the MSSR were transferred to Moldova’s Ministry of National Security, a predecessor of the Information and Security Service, the country’s intelligence agency since 1999. According to 1997 official reports, some 30 percent of the personnel working in Moldova’s Ministry of National Security were hired before 1990 as KGB officers. The KGB was officially disbanded by Soviet leader Mikhail Gorbachev in October 1991. 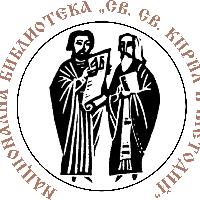 The St. Cyril and St.Methodius National Library is currently the largest public library in Bulgaria. It is the oldest cultural institution of Bulgaria, established in 1878 as the "Sofia Public Library". The library received its own building in 1900.  In 1939, the construction of a new building began, but in 1944 both the new and old buildings were destroyed during allied bombardments of Sofia. In 1953, the National Library opened its new building under the name "People’s Library Vasil Kolarov", named after one of the leading Bulgarian communists, who was a leading functionary in the Communist International, and prime minister of Bulgaria from 1949 to his death in 1950. In 1963, as part of the process of strengthening national identity and reaffirmation of Bulgarian Mediaval history,  the library was renamed into "Cyril and Methodius" library, named after the famous monk, who created the Glagolitic alphabet for their translation of the Bible into Slavic. The Cyrilic alphabet is named after Cyril. The so-called "Apostles to the Slavs" are honored in Bulgaria with festivities on 24th of May, which is the official state holiday "Day of the Slavonic Script and Bulgarian culture". After the collapse of the communist regime, "Saints" was added to the names of the two missionaries in the official designation of the library.

The National Library is a mandatory depository for all documents published in Bulgaria: books and periodicals. It contains also special collecitons with items from the Bulgarian cultural heritage, such as manuscripts, incunabula, old books, maps, prints, photographs, and private archives donated to the library. The National Library collects and stores official editions; cartographic and graphic publications, musical publications and others from countries around the world, and functions as a national information center. The library fund contained 8,040,804 registered units at the end of 2016.

During the communist regime, public access to many publications, books, and magazines, was forbidden, as they were placed in the so-called Special Collection. But the literary (and partly musical) legacy of the period of socialism is kept; the Library hosts many collections which reflect the cultural opposition against the communist regime. Through a range of cultural, educational and informational initiatives and events, the characteristics of the culture from the period of state socialism and the forms of opposition are discussed and popularized.

Since 2006 the library implemented digitization programs, with the result that many documents of cultural value and old periodicals have become accessible online (http://www.nationallibrary.bg/wp/?page_id=1337).

lasīt vairāk
Stadt Neubrandenburg
Neubrandenburg was founded in 1248. Today it is a county seat with nearly 65,000 inhabitants, making it the third-largest city of Mecklenburg-Vorpommern.
lasīt vairāk 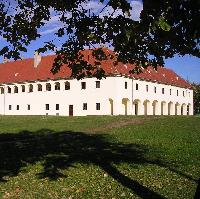 The State Archives in Osijek (SAO) conducts the organised protection of archival materials and supervision of in the field emerging archival materials in the area of Osijek-Baranja County. It consists of eight departments, has a reading room with eight seats, a small lecture hall with 30 seats, and the storage space full of archival materials. Today, the SAO holds more than 7,300 linear meters of archival records, arranged into more than 1,720 archival funds and collections. The earliest preserved archival record dates from the end of the 17th century. The documents written before 1848 are mostly in Latin, which was the official language, but there is a considerable amount of material in German, written in the cursive Gothic style. Since 1848, the records were mostly written in Croatian, less in German, and very little in Hungarian and Serbian (Cyrillic).
After World War II, a new approach to dealing with archival records as cultural heritage was adopted. An archival storage facility (sub-station) of the State Archives Office in Zagreb was established in Osijek in 1947. From then on, we can speak of the systematic and organised protection and supervision of archival records in this institution. In 1956, the Archives became an independent organisation – the Archives in Osijek. In 1957, the Communist Party Archives were established as a part of the Archives. It collected, processed and published historical sources regarding the history of the Workers' Movement, the Communist Party and the Partisan struggle during World War II. This archive was integrated into the then Historical Archives of Osijek in 1962.
Until 1971, the Archives were located in Kuhačeva street no. 27. Due to the increasing need for archival storage, the Archives were moved (1972-1975) to the present location in Kamila Firingera street no. 1. The building has 2,000 square meters of space, broken down into 1,500 square meters of storage space, a workshop of 100 square meters, with the rest divided among offices and workrooms. The Archives Building was severely damaged in the Homeland War in 1991/1992. It was entirely reconstructed in 1996. It is a first-class cultural monument in the Osijek fortress, and it is protected as an urban heritage site.
In 1993, all of the regional archives (including the SAO), had to change their names into the Historical Archives. The newest name change came in April 1998, and since then the Archives carry the current name: State Archives in Osijek. Its territorial jurisdiction included the areas of three counties - Osijek-Baranja, Vukovar-Srijem and Virovitica-Podravina - but since 1 May 2009, it has been limited to Osijek-Baranja County.