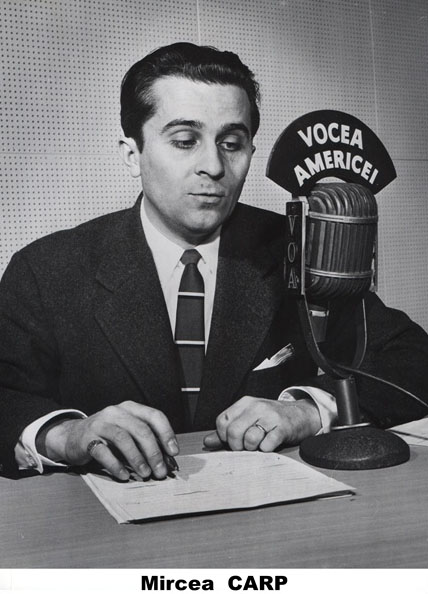 The Mircea Carp Collection includes original documents and copies gathered by its creator during his activity as a journalist for the radio stations Voice of America and RFE in the period 1955–1995. This collection is one of the largest collections related to the activity of the Romanian emigration. It illustrates the instrumental role that these two radio agencies played in the case of communist Romania as alternative sources of information and transmission belts between critical intellectuals and society.