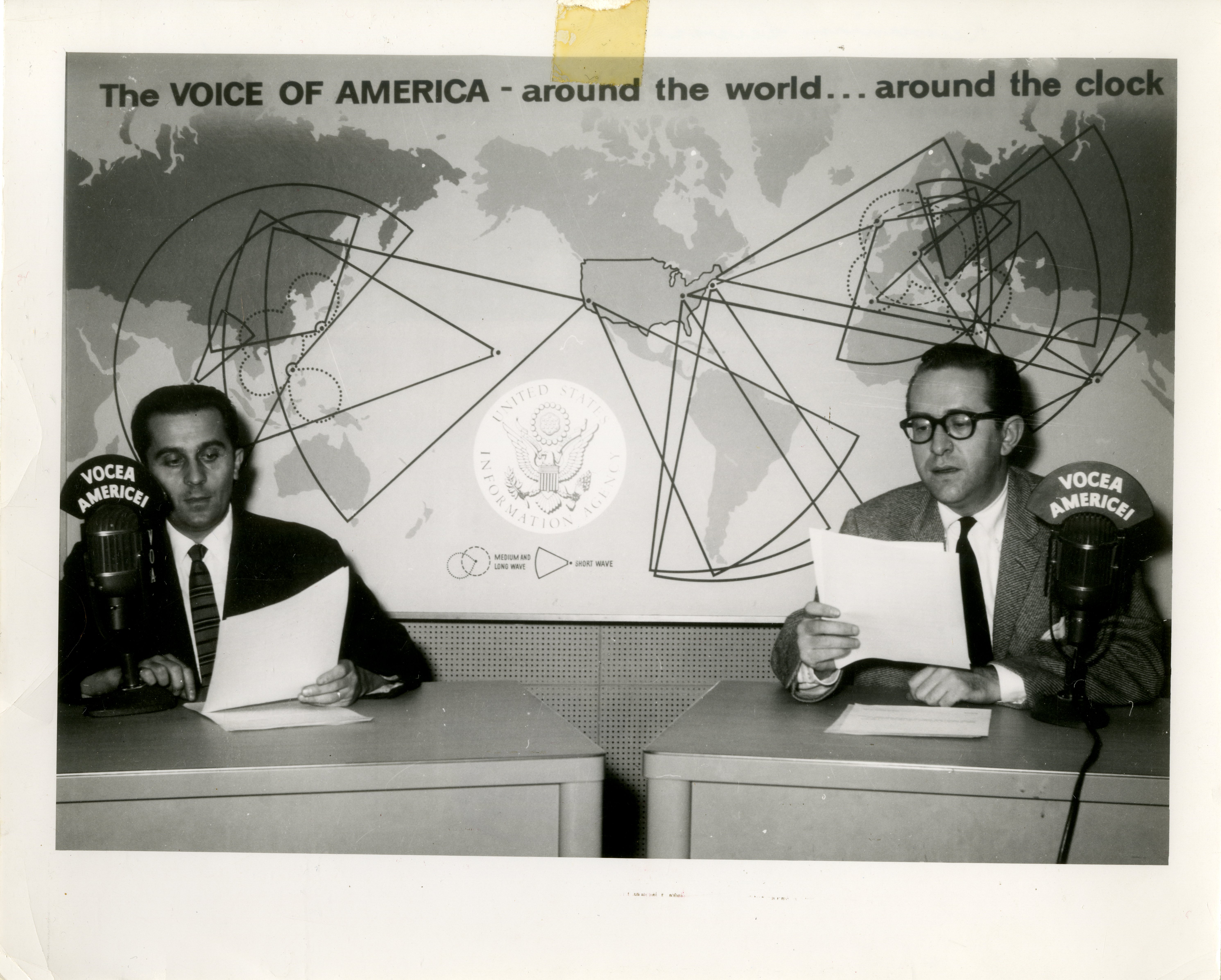 The Hungarian Revolution of 1956 had a strong echo in Romania, especially among young people. As a result of the news about the revolt of the Hungarian students, there were student protests especially in the university centres of Timişoara, Cluj, and Bucharest, which were nipped in the bud by the repressive institutions of the communist state. These initiatives would not have happened if Voice of America and RFE had not broadcast detailed information about the Hungarian Revolution. The Mircea Carp Collection includes a black and white photo which illustrates the moment in the autumn of 1956 when Voice of America radio station became an alternative source of news to the official one concerning events in the Eastern Block. The photo was taken in the studio of the Romanian section of Voice of America during the Hungarian Revolution. In the foreground can be seen two employees of the radio station, Mircea Carp and Michael A. Hanu, reading typed materials live. In the background there is a map of the world covered by the motto: “The Voice of America – around the world ... around the clock”. On the back of the photo the creator of the collection, Mircea Carp, noted: “October 1956: Mircea Carp (commentator) and Michael A. Hanu (editor) commenting on the Hungarian Revolution”. In his memoirs, Mircea Carp mentioned about this moment that, although the Romanians who had emigrated to the West expected the USA to adopt a stronger position towards the Soviet intervention in Hungary in 1956, the American political class took a step back, thus disappointing the supporters of the Hungarian Revolution (Carp 2012, 169).