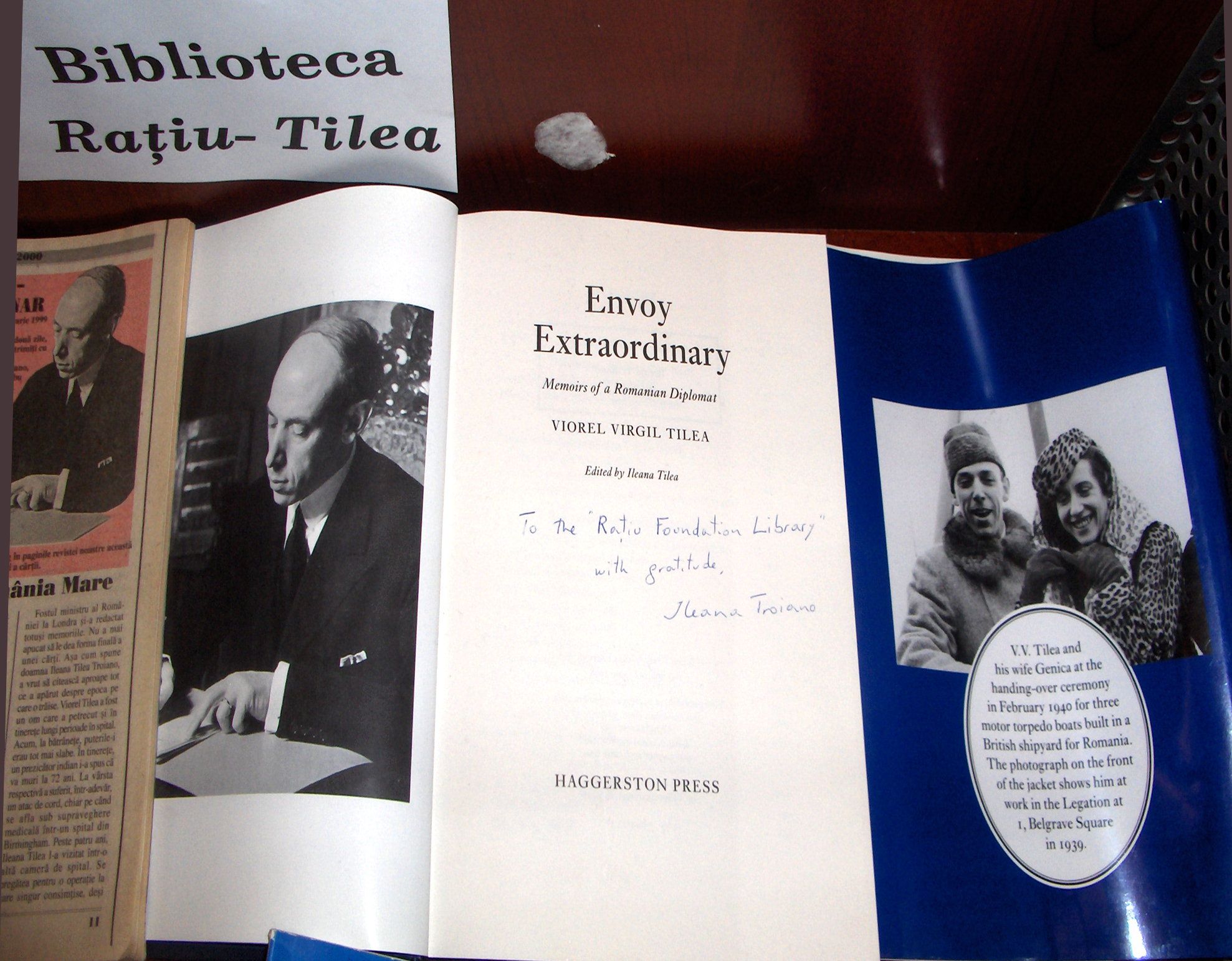 After Ion Raţiu’s death in 2000, the family decided to donate his personal library, including Viorel Virgil Tilea’s library, which Raţiu had previously inherited, to BCU Cluj-Napoca. In the period from 2006 to 2008, the books gradually came into the custody of BCU and were registered. On 5 June 2009, the Raţiu–Tilea reading room at BCU Cluj-Napoca, which became the repository space for the collection, was opened to the public in the presence of members of the Raţiu family. The festivity marked thirty years since the opening of the Raţiu Foundation in London. In his speech, Nicolae Raţiu, the son of Ion Raţiu, emphasised the symbolic component of the transfer of the collection to BCU Cluj-Napoca, the place where his father gave his first speech about democracy in Romania in January 1990. During this festive opening, the members of the Raţiu family gave the donation deed to Professor Doru Radosav, the head of BCU Cluj-Napoca.