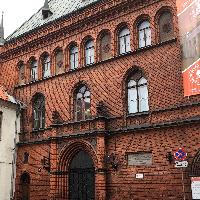 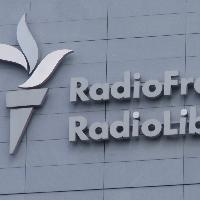 Radio Free Europe/Radio Liberty
Radio Free Europe/Radio Liberty (RFE/RL) is a United States government-funded organization that broadcasts and reports news, information, and analysis to countries in Eastern Europe, Central Asia and the Middle East. It was founded in 1949 as an anti-communist propaganda source in Eastern Europe. Its Polish Section operated from 1952 to 1994.
From 1949 to 1995 Radio Free Europe had its headquarters in Munich (Germany), then moved to Prague (Czech Republic) in 1995. European operations have been significantly reduced since the end of the Cold War. Apart from the headquarters, the service is maintained by 17 local bureaus in multiple countries throughout the broadcast region, as well as a corporate office in Washington, D.C. RFE/RL broadcasts in 25 languages to 23 countries, including Armenia, Russia, Iran, Afghanistan, and Pakistan.
lasīt vairāk
Regional Commissioner for the Documents of the State Security of the former GDR

At the beginning of the 1990s, to support the work of Federal Commissioners in accordance with the Law on Documents of the GDR State Security, five regional commissioners in each of the former states of East Germany were appointed. The Commissioner for Berlin has released a series of publications, advised citizens as well as the administration and has offered seminars on civic education.

lasīt vairāk
Research Council of Lithuania
Research Council of Lithuania has been founded 1991 to fulfil the role of an expert institution tackling challenges of science development on a national level. The Council is a counsellor of the Lithuanian Parliament and the Government on research and researchers training issues, implements programme based competitive funding of research, administers most important Lithuanian science development programmes, evaluates research performance and represents Lithuanian science in various European institutions and other international organisations.
lasīt vairāk
1 - 5
1 2 3 nākošā lappuse »»