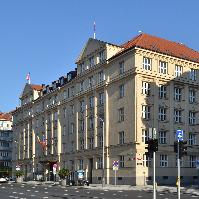 Prague 6 is one of the 22 administrative districts and 57 self-governing city district of the Capital City of Prague. Prague 6 consists of the whole cadastral territories of Dejvice, Liboc, Ruzyně, Střešovice, Veleslavín and Vokovice and parts of cadastral territories of Břevnov, Bubeneč, Sedlec and Hradčany. It is located in the north west of the metropole. It has approximately 104,000 inhabitants.

lasīt vairāk
City Youth Parish Jena
The City Youth Parish (JG) remains one of the centers of the Evangelical Youth Ministry in Jena. During the GDR the JG was the only ministry in the city to engage in “Offener Arbeit” (lit: open work) which fostered grassroots and self-organized non-denominational youth outreach. The JG gained attention after collecting signatures amongst members for a petition opposing the forcible expatriation of Wolf Biermann. As a result, the JG was the subject of harsh repressive measures directed by the Ministry for State Security. In the subsequent backlash, many members of the JG were forced to leave the GDR. Nevertheless, the JG remained a center for opposition in Jena, and the Jena Society for Peace arose from within the organization. The JG also offered space to „Artists for others“. Additionally, Mattias Domaschk, who perished in pre-trial detention while being held by the Ministry for State Security, was a member of the JG. The Thuringian Archive for Contemporary History was named after Domaschk (1957-1981) to commemorate him as well as to raise awareness regarding the lack of clarity concerning his death.
lasīt vairāk
City of Culture Foundation

The City of Culture Foundation (Fundacja Miasto Kultury) was established in 2011 by Zofia Łuczko-Fijałkowska, her husband Sławomir Fijałkowski, and their son Paweł Fijałkowski. It constitutes a three-person, family non-governmental organisation. Sławomir Fijałkowski is the president of the foundation, while the remaining two founders are the members of the Management Board.

As a registered non-governmental organisation the City of Culture Foundation served as a vehicle for Zofia Łuczko and her family to apply to the Ministry of Culture and National Heritage for subsidies for cultural activities. Funding from the Ministry would allow to digitalise the entirety of the archives and to set up a professional website for the on-line collection. The Foundation applied for subsidies several times, but not once did it qualify for funding. As a result, the Pitch-In Culture webpage was created solely using voluntary work and the commitment of its authors, without any external financing. In spite of lack of grants, the organisational form of the Foundation serves as an umbrella extended over the archives of the Pitch-In Culture.

Zofia Łuczko-Fijałkowska was engaged in the activities of the Pitch-In Culture, documented events and works of artists related to this milieu, while her collection formed the basis of the Pitch-In Culture virtual collection. Her husband and the president of the Foundation Sławomir Fijałkowski, filmmaker and cultural activist, is the founder of the Charlie Cinema in Łódź, and a member of numerous organisations engaged in film and culture-related activities. He is also a lecturer at the National Higher School of Film, Television and Theatre. 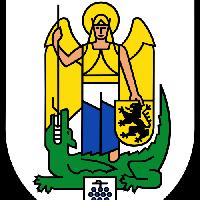 Jena is an independent city in Thuringia with 110.000 inhabitants. The basic policies of the city administrations are decided by the city council. It makes all decisions unless it transferred the task to a committee or the lord mayor or the mayor's responsibility has been set in law. The council also elects three heads of departments that support the mayor in his role as head of the city administration. He heads the first administrative departments (Central Services). The other three departments are finances & security, city planning & environment and family, education & welfare.
Jena is divided into 30 districts whose inhabitants elect the district council and the district mayor. 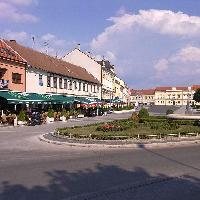 Administrative departments of the City of Koprivnica implement or control the implementation of general and particular acts of the City Council within their domain and are responsible for the legal and technical basis of submitted proposals and for the prompt execution of tasks and assignments from their respective areas. (http://koprivnica.hr/en/gradska-uprava/)