76 atrastās organizācijas un grupas
Vienumi lappusē:       «« iepriekšējā lappuse 1 2 3 4 5 6 7 8 9 10 ... 15 16 nākošā lappuse »»
Church of Brethren
The historical origins of the Church of the Brethren are connected to the activities of Petr Chelčický who is considered to be the founder of the Unity of the Brethren (1457). In world literature, this movement is usually called “Moravian Brethren” or “Unitas Fratrum”. In Slovakia, congregations of the Church of the Brethren were formed mainly in the 20th century. The current Church of the Brethren, which adopted this name in 1967, came into being by the fusion of two awakening movements at the time of political changes after World War II. At that time, the Unity of the Bohemian Brethren, ideologically drawing on Chelčický and on Comenius’s Unity of the Brethren, was already well established in Czechoslovakia. In Slovakia, several members of the Blue Cross Evangelical abstinence movement of homeland mission, repatriates arriving from Hungary, and certain Moravian-Silesian congregations, joined this movement as a result of the dissolution of the church communities by the Communists. The Church of the Brethren has its congregations in Bratislava (1926), Žilina, Prešov (1923), Košice, Levice and other places (14 in total). At the time of socialist and atheistic dictatorship, the Church of the Brethren was under government supervision and was strictly scrutinized. Nevertheless, it managed to publish samizdat editions of literature and hymnals and release recordings of albums which were in sharp contrast to the socialist ideology of Marxism and Leninism. In 1959, the Communists arrested, convicted and imprisoned Ondrej Lupták, Vladislav Matej, Ján Rosa and Ján Holý from Stará Turá for the fictitious crime of subverting the republic. They were released from prison on amnesty after 11 months on 9 May 1960. Later, they were fully rehabilitated but continued their activities in the underground church. Juraj Potúček, for example, was dismissed from his job in the Slovak Academy of Sciences after issuing a samizdat about the music of the Royová sisters. Many believers faced similar problems. In 1967, the name of the Union of the Bohemian Brethren was changed to Church of the Brethren and, in 1975, they started constructing a prayer hall in Cukrová Street in Bratislava. In 1997, they established a primary school called Narnia-Bratislava and, later, the C. S. Lewis Bilingual High School in Bratislava (2004). Also, they deployed charity activities by several institutions called Betánia [Bethany]. Currently, the collections of samizdat books, hymnals and recordings are available in the libraries of the various congregations in Slovakia.
lasīt vairāk
Cinematography Commission of the Government of the People's Republic of Croatia

The Cinematography Commission of the PRC Government was established by the Directive adopted on 20 August 1947. Its formal authority encompassed administration of cinematography and motion picture distribution in Croatia, the preparation and development of cinematography and motion picture distribution, oversight of state motion picture production and distribution companies, training and specialization of qualified personnel (Narodne novine [Croatia’s official journal], no. 86, 1947). In the performance of such tasks, the Cinematography Commission regularly consulted the Cinematography Commission of the Government of the Federal People’s Republic of Yugoslavia (FPRY) and the Croatian Communist Party’s Agitprop Department and acted on their instructions. The Commission was active until January 1951, when its activities, except operational administration over film companies, were assumed by the Croatian Science and Culture Ministry. Operational management of film companies was transferred to these companies and to economic associations in film and cinematography companies, according to specific regulations (Narodne novine, no. 2, 1951). 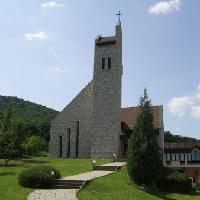 On 8 September 1955, after the religious orders had been dissolved in 1950, three young girls, together with Ágnes Tímár, a Cistercian Sister, began their religious lives in a rented room in Budapest. The name of the Community (in accordance with the Cistercian tradition of dedicating a monastery to Blessed Mother of God) is “Boldogasszony Háza” (BH), which means “House of the Blessed Virgin.” In 1961, the Superioress of the Community was arrested along with three sisters and Piarist monk Ödön Lénárd, who was the spiritual leader of the community. Lénárd and the imprisoned sisters were freed on 21 March 1963 in accordance with the general amnesty issued by the Kádár government. On 19 April 1966, Ágnes Tímár and Ödön Lénárd were imprisoned again because they allegedly had planned a conspiracy. Tímár was finally released in 1968. She and her sisters moved to Kismaros to found a home for their community. They lived in a wooden house, and in 1982–1984 a stone-house was built for their “monastery.” In 1987, the community of the sisters became a priorate in the Cistercian Order. In 1993, the Monastery was elevated to the rank of an Abbey, and Dr Ágnes Tímár was elected the first abbess. In 1996, the Abbey became part of the Congregation of Zirc. The new, modern building of the monastery was built in 1990 and 1999.

The Church Historical Institute, which was founded by the Piarist monk Ödön Lénárd, was part of the monastery beginning in 1998. After Lénárd’s death (2003), the Institute ceased to function, and the Recent Christian Archive Foundation (2004) received the records of the Institute, but Lénárd’s collection remained in the abbey in accordance with his last will and testament. Thanks to this, the monastery has its own archive and a library, which is a collection of theological works. The library has approximately 30,000 items, and the editing of an electronic catalogue is underway.

Prague 7 is one of the 22 administrative districts of the capital city of Prague. It covers the territory of Holešovice, half of Bubeneč and part of Libeň. By the end of 1991, the lower part of Troja belonged to Prague 7, but was independent as Prague-Troja. Prague 7 extends mainly north of the historical center of Prague and on the left bank of the Vltava river, but a small part extends to the right bank. 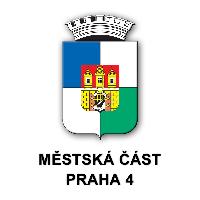 Prague 4 is one of 22 administrative districts and 57 autonomous city sections of the capital city of Prague. It is located in the southern part of Prague on the right bank of Vltava River. It consists of Nusle, Michle, Podolí, Braník, Hodkovičky, Krč areas and partly of Lhotka, Záběhlice and Vinohrady. Prague 4 has approximately 128,000 inhabitants.