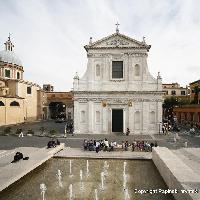 The Pontifical Croatian College of St. Jerome also houses archives which date back to the 15th century and document the history of activities by the Croatian clergy and laymen in Rome as the seat of the Catholic Church. Among the other legacies and other archival materials of the College and its other institutions, bishops, priests and ordinary lay people, there is the bequest of painter Jozo Kljaković, who was there as a political émigré after World War II. Kljaković was there, where he had his own atelier and worked to decorate the College’s renovated building with frescoes, mosaics and paintings. As there were numerous priests and lay people in the same place as political refugees, the communist authorities protested before the Holy See and demanded their extradition. Until the 1960s, the communist authorities banned priests from Croatia and Bosnia and Herzegovina from attend this College in Rome.

In an apostolic letter issued in 1453 and entitled Piis fidelis votis, Pope Nicholas V responded to a request sent to him by the priest Jerome from the Pelješac Peninsula. This Croatian priest asked him to grant the Church of St. Marina the Martyr on the left-side bank of Tiber to Croatian pilgrims in Rome. They also received papal permission to build a guesthouse and hospital for pilgrims from the Croatian regions in the land around the church. Soon the place became a refuge for many Croatian refugees fleeing from the Ottomans in the 15th and 16th centuries. After the church and nearby buildings were renovated, the church’s titular was changed to St. Jerome, a teacher who was originally from Dalmatia, where the Croats had settled in the 7th century. Pope Sixtus V ordered the construction of a new church, today's Church of St. Jerome, which was finally completed in 1589. The same pope founded the Illyrian chapter for priests from Croatian regions who came to study in Rome. In the following years, since the conclusion of the Council of Trent in the latter half of the 16thcentury, many national theological and seminary institutions were established, but the initiative of Pope Clement VIII from 1598 to transform the Illyrian cathedral chapter into a Croatian college failed. As of the beginning of the 15th century, St. Jerome was administered by the Illyrian fraternity, attended by many famous Croatian personalities such as Franjo Petrić, Faust Vrančić, Ruđer Bošković, Juliet Baraković, Benedict Stojković, Juraj Križanić, Josip Juraj Strossmayer, Franjo Rački and many others.

Pope Pius VI founded the Croaticum in 1790, whereby he wanted to once again transform the Illyrian cathedral chapter into an institution to educate priests from the Croatian land, but due to the negative repercussions of the Napoleonic wars, it only operated from 1793 to 1798. The department was only briefly active for about fifteen years during the pontificate of Pius IX and Leon XIII in the latter half of the 19th century, so there were only 24 cadets throughout the century, while the guesthouse and hospital almost ceased to function. The College was revived in 1901 when Pope Leo XIII established the Holy Sepulchre Seminary for the Croatian people. Such an initiative provoked opposition from Montenegro, Serbia, the Austro-Hungarian Monarchy and Russia, so that the college did not function at full capacity until 1924. 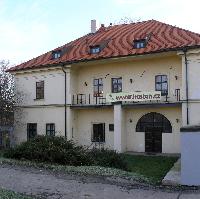 An additional name of the Popmuseum is “Muzeum a archiv populární hudby” (Museum and archive of pop music). Its main project is a temporary exhibition and an information centre in Prague. The Popmuseum is a voluntary independent association registered at the Ministry of Culture of the Czech Republic as a legal entity in November 1998. The museum and archive were founded by Aleš Opekar, Petr Hrabalik, Radek Diestler and Josef Kytnar from Brno. The association currently manages the museum and a depository in Horní Počernice, Prague. Archive documents, pictures, posters, audio and audio-visual recordings, music instruments and equipment, related to the evolution of pop music and memorabilia related to important figures of Czech and Slovak pop music are stored there (pop music is understood in its entirety regardless of style, genre or time). The base of the latter large collection were the archive materials and items that were collected in the half of the 1990s while filming the TV series “Bigbít” (Czech Television, 1998) about the history of Czechoslovak rock music. The museum also has a branch in Moravia – Poparchiv in Brno – a digital archive and an archive of LPs and LP covers.

Materials are available for researchers in the seat of the museum in the cultural centre Kaštan in Břevnov, Prague. There is also an information centre for both lay and professional public. There are databases, specialized magazines and literature and eventually other materials from the collection of the Popmuseum available. A permanent exhibition of music instruments, mostly electric guitars of Czechoslovak origin and selected keyboard instruments used in former Czechoslovakia, are also a part of the Popmuseum. Other exhibition areas are for short-term thematic exhibitions. Exhibitions, concerts and screenings are organised by the museum on other premises as well, for example, in the music club Vagon in Prague. The exhibitions have mostly documentary, educational or pop-culture characteristics, rather than an artistic one. Their goal is a different form of music journalism, an aim to present an opinion on a partial phenomenon and an interpretation of particular topics. The Popmuseum collaborates with institutions and other subjects such as the Oral history centre at the Institute of Contemporary History of the Czech Academy of Sciences, the Institute for the Study of Totalitarian Regimes, the Slovak National Museum, music club Vagon, the Czech Museum of Music and the Retromuseum Cheb. 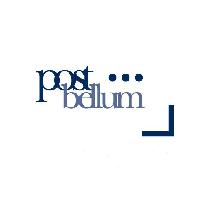 Post Bellum is a non-profit organization that has been searching for and recording the memories of key witnesses of the 20th century since 2001. It was established by a group of Czech journalists and historians who met at conferences and annual commemorative events and were convinced that witnesses should be given the opportunity to tell their stories in a coherent, comprehensive and detailed way.

The core project of the organization is the Memory of Nations. Post Bellum is also trying to make the memories it gains come to the attention of a wider audience. Post Bellum collaborators work on expanding the collection, providing financial resources and running the organization, coordinating educational projects for children and adults, etc. Post Bellum organizes exhibitions, social events and publishes books. For ten years they have been broadcasting “Stories of the 20th Century” on Czech Radio. Through their experience workshops and the extensive educational project Stories of Our Neighbors, they encourage pupils and students to become interested in modern history and their own roots. All activities follow the Post Bellum Code of Conduct. 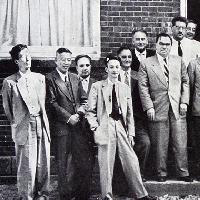 The Pugwash Conferences on Science and World Affairs (popularly called the Pugwash Movement) is an international organisation of scientists and intellectuals who advocate world peace. It emerged as an international conference on science and global problems, and at the time it was “a significant international factor and channel of communication among scientists,” (Knapp, 1995, 71), primarily discussing the dangers of the development of nuclear weapons.

Pugwash is a village in Nova Scotia (Canada), where the first conference (“Appraisal of Dangers from Atomic Weapons”) was organised by Joseph Rotblat and Bertrand Russell in 1957, so the movement was named after the village. The incentive to hold the first conference came from Cyrus Stephen Eaton, who funded the conference, but the foundation of the conference was the Manifesto, which was written by Bertrand Russell and Albert Einstein in 1955, in which they called on world scientists to debate the potential threat of nuclear war and the necessity for disarmament.

From the very beginning, the scientists who organised the first conference attempted to keep their gatherings in the form of free and informal dialogue to avoid institutionalisation. Hence there is no formal membership in the Pugwash Movement. Instead, only conferences and other meetings of scientists are held (Knapp 2013, 90). The organisational minimum is reflected in the work of Pugwash offices in Rome, Geneva, Washington and London (https://pugwash.org/contact-us/).

The movement experienced its peak in the Cold War period, especially during major world crises such as the Cuban Missile Crisis, in which Pugwash members played a useful role in opening communication channels in times of tense international relations. Based on the debates conducted within the movement, important international treaties were drafted, such as the Nuclear Non-proliferation Treaty (1968), the Anti-Ballistic Missile Treaty (1972), and the Biological Weapons Convention (1972) (Knapp 2013, 92-94). Because of the impact on the reduction of nuclear weapons in international politics, the Pugwash Conference, jointly with one of its founders, Joseph Rotblat, was awarded the Nobel Peace Prize in 1995. Later, the focal interest of the movement was the issue of biological and chemical weapons, as well as the problems of economic and scientific development in the Third World. The movement opened numerous topics in the field of ecology in recent years. To date, more than 400 meetings have been held (conferences, symposia, study groups, workshops, and meetings).

Several years after the establishment of the Pugwash Conferences, Yugoslavia had its first Pugwash member. This was Ivan Supek, who joined the movement in 1961 (fourth meeting of the European Group, April 1961, Geneva). In 1963, Supek founded the Yugoslav Pugwash Group as a part of the international movement, and in 1967 it changed its name to the Yugoslav Pugwash Alliance. Ivan Supek was its first president, with Marcel Lažanski and Vladimir Knapp as secretaries (Knapp 2013, 95-96). In September 1963, the 11th Pugwash Conference (“Current Problems of Disarmament & World Security”) was held in Dubrovnik, in February 1967 the Study Group on European Security (VI) was held in Zagreb, in April 1972 the 16th Symposium (“Necessity, Opportunities and Obstacles for European Collaboration”), and in January 1975, the 22nd Symposium (“Science and Ethics”), were held in Dubrovnik (https://pugwashconferences.files.wordpress.com/2014/05/participants-and-meetings-1957-2007.pdf).