20 atrastās organizācijas un grupas
Vienumi lappusē:       «« iepriekšējā lappuse 1 2 3 4 nākošā lappuse »»
Photographers-members of the Association of Documentalists "The Road"
Association "The Road" consists of photographers and journalists who started their careers in the 1970s and 1980s and published in official weeklies and magazines, but also gathered private archives of photographs too blunt or bold to pass the censorship lens. The Association is managed by artists with a big heritage and experience in documenting social and political life, and whose images accompanied Polish non-fiction writings and reportages.
After 1989 members of the Association "The Road" decided to run an independent association aiming to display their works which have not been presented to open public before.
lasīt vairāk

Platform of European Memory and Conscience

The Platform of European Memory and Conscience was founded on the initiative of the European Union and during a meeting of the Visegrad states (Hungary, Poland, the Czech Republic and Slovakia). Governmental and Non-governmental organizations from multiple European countries came together to investigate, research and document the crimes of Communist and Fascist regimes.

lasīt vairāk
Poetry is tasty - Association
In cooperation with a self-run café, the association “Poesie schmeckt gut” [Poetry is tasty] organized a series of readings between 1995 and 2005 in Jena, totaling more than fifty events. According to the website of the association, these events were “distinct from the canon of authors supported by the literary industry and were accompanied by great amounts of beer, smoke and Viennese sausages”. Further, the association has invested a great deal of effort in completing the collection and preservation of all available documents of the underground poet, Matthias BAADER Holst, who died in 1990. The BAADER Holst archive, financed entirely by private donations, was amalgamated into the Deutsche Literaturarchiv Marbach [German Literature Archive of Marbach] in 2015.
lasīt vairāk
Polish Catholic Church

Polish Catholic Church was one of the most important organisations fighting against socialist regime. With a percentage of Catholics in socialist Poland never less than 90%, the Church was the only force that the authorities were afraid of before the formation of the Solidarity movement (however the relations between the Church and the Solidarity were very close and in some cities inseparable). With the choice of Karol Wojtyla as a Pope in 1978, and his clear discontent with communism, the position of Church only strengthened. Priests were often under surveillance and persecuted, with the killing of Fr. Jerzy Popiełuszko as the most tragic example.

Throughout the decades Polish Catholic Church engaged in various activities to diminish regime's power: from helping the persecuted and their families or organising aid during the martial law, to quite direct actions, like holding the masses during the strikes in Gdansk Shipyard. The Church offered both moral and material support for the opposition members, engaging ex. in dissemination of underground publications.

In 1975 within Church first Week of Christian Culture (WCC) was organised: an event gathering intellectuals and artists in common discussion and exhibitions. It proofed to be a great success and the event expanded to numerous Polish cities where it is still organised. Shortly after the first WCC, Artists' Priesthood was formed. It has become a platform for exchanging ideas and a basis for organising cultural opposition, not only of religious nature. 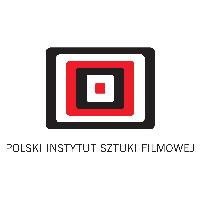