3 atrastās organizācijas un grupas
Vienumi lappusē:       1
Wojciech Zamecznik's Family
Wojciech Zamecznik's family owns and disposes all the materials produced by Zamecznik during his artistic life. Julisz Zamecznik, son of Wojciech, is mainly responsible for communication with the Archeology of Photography Foundation and negotiating the terms of usage of Zamecznik's collection. As Julisz Zamecznik says, the family members were an inherent part of Zamecznik's creation as actors and witnesses - Wojciech sons and wife were often photographed by the artist in mundane, everyday situations.
lasīt vairāk
Working Group on Special Archival Files of Lithuanian Archive Department 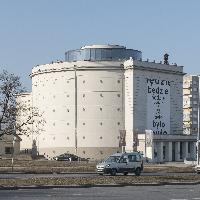 Wrocław Contemporary Museum (MMW) is a municipal cultural institution of the city of Wroclaw. The institution’s activity is of educational and exhibition nature, it also runs a rich social program, as well as regularly publishes exhibition catalogues and other publications. MMW’s concept is based on the idea of a Current Art Museum indented by Jerzy Ludwiński, whose archive makes one of the two permanent museum’s exhibitions; second permanent exhibition is Stanisław Dróżdż “Pojęciokształty”. MMW is placed in the former bomb shelter.

MMW was founded on 10 February 2011 with the decision of the Wroclaw City Council. The institution’s program was formulated by Piotr Krajewski and Dorota Monkiewicz, who based it on Jerzy Ludwiński’s idea of the Current Art Museum from 1966. It assumes simultaneous researching and catalysing artistic processes. Ludwiński – one of the most important theoreticians of the post-war avant-garde and from the mid-1960s related to Wroclaw – was a central figure for the institution’s creators. Museum was supposed to develop Ludwiński’s reflection on culture and his curator strategies, and on the other hand document and popularise his actions, and the artists associated with him. The second key figure for the MMW’s program became Stanisław Dróżdż, the most outstanding Polish creator of concrete poetry. Starting with those two characters the museum creators decided to focus the MMW’s activity on progressive streams and modern art phenomena, especially on those related to the Lower Silesia region, such as conceptualism, actionism, photomedialism, performance, and applied art.

Since the beginning the museum closely cooperates with Zacheta Lower Silesian Fine Arts Association, whose rich collection is an important asset of MWW’s repository. Besides operating strictly as a museum and a popularising institution, it runs an original social program, which combines artistic matters with the current issues of modern culture, social problems, and humanistic reflexion. This program includes numerous interdisciplinary projects, including those devoted to people endangered with social exclusion, as well as discussions, lectures, research reports’ presentations, and most importantly: a rich and diversified offer of educational workshops for the school pupils and other social groups.

Since 2 September 2011 MMW is placed in the former bomb shelter, built in 1942 accordingly to the project of Richard Konwiarz, Wroclaw citizens. A unique character of the building (in 2010-2011 appropriated to the museum’s purposes) – austere and monumental, with the ring layout of the interior – forces an original exhibition concept. The first director of the museum was a critic and curator Dorota Monkiewicz; whose place in 2017 was taken by an art historian Andrzej Jarosz.