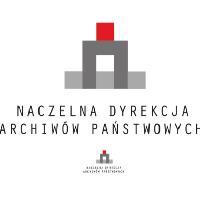 Since 1951 the Head Office of the State Archives is managing national archives in Poland, operating under the Ministry of Culture and National Heritage.

During the Sąjūdis period, many civil initiatives came from grass-roots organisations and the patriotic underground. One such initiative was to find out, collect, investigate and disseminate information about the crimes of the Soviet regime. Various non-governmental organisations started to study Stalinist crimes and the history of the resistance and the Lithuanian partisan movement. In 1992, the Lithuanian parliament established the State Residents’ Genocide Centre of Lithuania (VLGGTC), which sought to combine these organisations and activities, providing state direction and funding. The centre was assigned the task of preserving, handling and studying archives of special significance.

In 1993, the VLGGTC was reorganised into the Genocide and Resistance Research Centre of Lithuania (LGGRTC), comprising two institutes: the Lithuanian Genocide and Resistance Research Institute, and the Lithuanian Genocide Victims Remembrance Institute. Vytautas Skuodis, an anti-Soviet resistance activist and underground publisher, was appointed director of the centre. In 1994, the Commission for the Rights of Participants in the Resistance Movement was merged with the LGGRTC, and the centre was assigned the task of issuing IDs to those who had participated in the resistance.
In 1997, the LGGRTC was expanded, to include the Centre for the Research of Repression in Lithuania (which began operating in 1992 at the Lithuanian Institute of Philosophy, Sociology and Law), and the Lithuanian Museum of Genocide Victims (which began operating in October 1992 in the former KGB building).

In 1998, the Foundation for Lithuanian Genocide and Resistance Research and Victim Support and Remembrance was established within the framework of the LGGRTC. The foundation provides financial assistance to participants in the resistance movement and victims of repressions, and finances key remembrance programmes.

The German Federal Cultural Foundation was created in 2002 to promote art and culture within Germany. To these ends, the Foundation receives 40 million Euros per year from the Federal Government Commissioner for Culture and the Media. The Foundation has been able to support more than 3,000 projects with this funding. Since 2012, the Foundation is based in Halle (Saale). 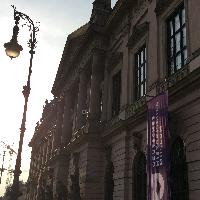 The German Historical Museum is Germany’s national historical museum. Located in Berlin’s historic district of Mitte, it sees itself as a place of active communication and discussion of history.

In Western Germany, by the end of the 1970s and during the 1980s, the idea of establishing a history museum that will focus on the national history, including a perspective of the German history after 1945, fired up the German society. Experts, historians, art-historians, politicians, and institutions debated on the relevance and feasibility of such a project within a federal state.

Meanwhile, in the Eastern part of Germany, the museum committed to the idea of German history from a socialist point of view initially, and eventually of the GDR history, was fully functional since January 1952 in East Berlin as the Museum of German History (MfDG). This was located in the former Armoury House ('Zeughaus') on Unter den Linden Street.

Officially presented to the public in 1987 as ‘a gift from West Germany to the people of West Berlin’, the founding of the German Historical Museum in Berlin, under Federal Chancellor Helmut Kohl's guidance, was part of the 750th commemoration festivities honoring the city of Berlin. Without a location of its own yet, nor a permanent collection, the concept of the national museum developed in strong opposition to its counterpart in Eastern Berlin. Its main goal was to present through innovative and modern techniques the German history within the European context and thus contributing to raising awareness about the historical past.

The proposed plan for the museum building of the architect Aldo Rossi was dismissed as soon as the events of 1989 enfolded with the outcome of MfDG's closure as of June 1990. This created the premises for the German Historical Museum to settle in the former Armoury building becoming in the course of the German reunification Germany's national historical museum, incorporating in its collections also the former collections of the GDR' Museum for German History, which became obsolete in the newly created political context.

Together with the library, cinema and exhibition space the German Historical Museum is actively involved in including and presenting the GDR history in various events, and permanent and temporary exhibitions.

lasīt vairāk
German Lottery Foundation Berlin
The German Lottery must distribute its profits to charitable and non-profit organizations. A foundation was established in West Berlin towards these ends. It supports projects as well as institutions which engage in social, charitable, environmentally-advantageous, cultural, and civic as well as youth and sport activities.
lasīt vairāk
6 - 10
«« iepriekšējā lappuse 1 2 3 4 nākošā lappuse »»