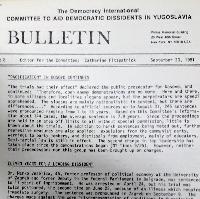 C.A.D.D.Y. Bulletin Collection
The C.A.D.D.Y. Bulletin collection is made up of bulletins issued by the New York-based Democracy International’s Committee to Aid Democratic Dissidents in Yugoslavia (C.A.D.D.Y.) from 1980 to 1992. The bulletin focused on human rights violations. These bulletins illustrate the various ways intellectuals and cultural workers in opposition to the Yugoslav communist regime were persecuted. The C.A.D.D.Y. Bulletin collection is now owned by the historian Srđan Cvetković and is currently stored in his office at the Institute for Contemporary History in Belgrade.
lasīt vairāk

The CNSAS Online Collection (CNSAS – Romanian acronym for the National Council for the Study of the Securitate Archives) illustrates how the communist secret police, the Securitate, conceptualised: (1) oppositional groups and individuals in communist Romania; (2) the forms in which this opposition manifested against the party-state; and (3) the transnational support it received from the exile community and foreign organisations. It also encompasses an impressive amount of invaluable information about the inner mechanisms of the Securitate, its institutional development and relationship with the Communist Party, the use of repression against any form of opposition, and the use of surveillance to avoid the development of oppositional groups and networks during its over forty years of functioning. In brief, this collection offers a comprehensive image of the means and methods used by the communist secret police, the Securitate, to deal with the anti-communist opposition between 1948 and 1989, and the response it received from oppositional groups and individuals. 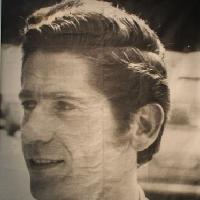 Casual Passer-by Collection at the Museum of Contemporary Art Zagreb

The Casual Passer-By Collection by the Bosnian-Herzegovinian conceptual artist Braco Dimitrijević consists of eight photographs and two posters (portraits) created in Zagreb and Belgrade in 1971. The photographs and posters (portraits) were the foundation of his three performances from the "Casual Passer-by" series staged in Yugoslavia. They were subversive performances in which the author hung portraits of chance passers-by in public spaces, otherwise intended for executives, in this way questioning established forms of communication in the public space of a socialist state. 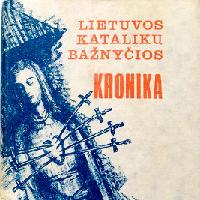 Catholic Press in the Soviet Lithuania

Catholic newspapers published underground were a well-organised and conceptually grounded form of samizdat. The collection consists of two underground publications: Lietuvos Katalikų Bažnyčios Kronika (The Chronicle of the Catholic Church in Lithuania) and Rūpintojėlis (The Sorrowing Christ). The Chronicle was the longest-surviving samizdat publication in Soviet Lithuania, providing alternative news to that coming from Soviet institutions. It was initiated by a group of Catholic priests; while Rūpintojėlis was a publication from the Catholic community that became known for being intellectual and cultivated.
The collection is made up of several sources: the Lithuanian Special Archives, which holds issues of the Chronicle of the Catholic Church in Lithuania and Rūpintojėlis confiscated during KGB searches; and the internet page http://www.lkbkronika.lt/ containing digitalised issues of the Chronicle, with comments and introductions. 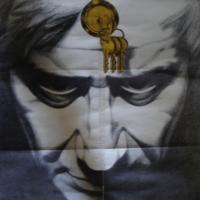