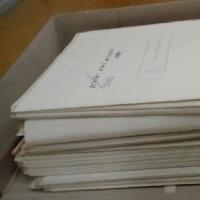 68 000 Intelligence Files of the State Security Service for Croatia

The collection contains approximately 68,800 intelligence files produced by the State Security Service of the Republic Internal Affairs Secretariat of the Socialist Republic of Croatia, the civilian security and intelligence service in Croatia in the period from 1946 to 1990. The Service monitored all persons whose activities were assessed as a threat to the state's political and security system. A significant number of files pertain to members of religious communities, political émigrés, participants in the Croatian Spring, as well as other political and intellectual dissidents. 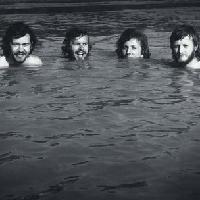 The Aktionsgruppe Banat Ad-hoc Collection reflects the type of cultural opposition represented by a group of Romanian-German writers, who founded together the literary circle Aktionsgruppe Banat and developed a neo-Marxist criticism of “really existing socialism.” The collection comprises two types of items: (1) manuscripts and other materials confiscated by the Securitate from these writers, (2) documents issued by the Securitate concerning their cultural activity, which the communist regime perceived as dangerous. 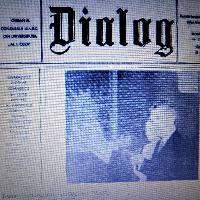 The Alexandru Călinescu private collection epitomises the trajectory of an intellectual in an important university city who began to practise a camouflaged contestation, published in local student magazines, with a limited readership, and ended up in unequivocal public opposition, disseminated transnationally through foreign radio stations. The collection marks some of the key episodes in the movement of resistance to and contestation of the communist regime as it manifested itself in Iaşi, the historical capital of the region of Moldavia and the city with the oldest university in the Old Kingdom of Romania. At the same time, the collection and the personal story of Alexandru Călinescu illustrate a lesson in dignity in very difficult times, when there were few who had the courage to speak openly against the Ceaușescu regime. 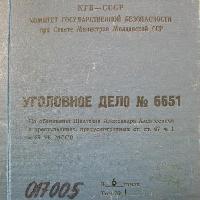 This collection comprises various documents (including trial records) relating to the activities of Alexandru Șoltoianu, a well-known oppositional figure in the Moldavian Soviet Socialist Republic (MSSR) in the late 1960s and 1970s. Closely linked to the Usatiuc–Ghimpu–Graur group, Șoltoianu pursued a parallel project of creating a mass nationally oriented anti-Soviet political party known as National Rebirth of Moldavia (Renașterea Națională a Moldovei), to be based upon a broad network of student associations. Șoltoianu’s case files are currently held in the National Archive of the Republic of Moldova (ANRM). These materials were transferred to the ANRM from the Archive of the Intelligence and Security Service of the Republic of Moldova (formerly the KGB Archive).

The collection is a private documentary collection of documents concerning one of the most successful Hungarian American advocacy organizations in the field of minority and human rights. Founded in 1976 by second-generation Hungarian American intellectuals and professionals and referred to until 1984 as the CHRR–Committee for Human Rights in Romania, HHRF addressed the advocacy on behalf of Hungarian minorities in Central and Eastern Europe.