György Martin was born on 5 February 1932 in Budapest. Between 1951 and 1955, he was a folk dancer. At the Csokonai Folk Dance Group, where he was active, he was called the “engineer dancer” because his dancing style was very punctual and precise, and he learned the smallest steps, as well. He was studying Hungarian literature, grammar, and ethnography and museum studies at Eötvös Lorand University. His professors were Gyula Ortutay and István Tálasi. Between 1953 and 1956, he worked at the Hungarian Institute of Folk Art [Népművelési Intézet] as a folk dance researcher.

The writer, poet, and journalist László Távolodó Marton was born in 1956. He graduated from the Széchényi István High School, the last high school in Hungary for boys only. He started his career in 1977 as an educator at the foster home at Megyaszó, a small village one hour from the city of Miskolc. Initially, he was asked to teach geography and biology, but as the position was filled, he taught physical education and handwork and handicrafts instead. Later, he taught mathematics and grammar. He started to work as an educator because it was a field “which did not require strict education, but it provided a service flat.” However, later he completed his studies in higher education and became a full-fledged teacher, even though his studies were interrupted by two years of military service. In the 1980s, he worked as a Hungarian (literature and grammar) and history teacher. During this time, Marton mostly wrote poetry, and he started to work in music journalism. Later, he published several literary, semi-autobiographical novels and short stories over the years, often related to music.

Marton was always interested in music. He was 16 years old when he acquired his first record player, although he could not yet afford to purchase contemporary Western jazz and rock records. He also decided in the 1970s that he would like to be a writer. These two interests were naturally combined in his work as a music journalist. His first writing in this genre was about a concert by the band URH (Ultra Rock Agency) at Kassák klub. While this particular article was not published, Marton did not give up his ambitions. At first, he started to publish in a column led by his friend, Ottó Fenyvesi, of the Novi Sad based magazine Képes Ifjúság. Meanwhile, he continued to pursue his literary ambitions. While these writings were only published years later, he wrote several short stories and poems at the time.

Marton always felt like an outsider. This is where his pseudonym Távolodó (meaning Receding), which was inspired by a poem by Patti Smith, ,comes from. In this move away, the search for the unknown and the uncertain plays as important a part as the feeling of not finding one’s place in the world. This feeling, conveyed by the word receding, pervaded Marton’s whole youth. When he travelled to Australia in the summer of 1983, he planned to stay there. As he was exiled, he moved in with his uncle, who lived in New Zealand for the same reason. However, he eventually came back to Hungary, and when the legendary underground club Fekete Lyuk (Black Hole) opened its doors in 1988, Marton and Tamás Rupaszov became frequent visitors. They started to edit the club’s fanzine under the name Lyukság (Holey Things). Fekete Lyuk was more than a popular nightclub. While the 1980s bore witness to the weakening of political-administrative control, as indeed the very existence of Fekete Lyuk shows, the collapse of the regime was still almost unthinkable. Within this environment, the club provided a rare place for free initiatives. One of these free initiatives was the fanzine Lyukság.

With the regime change, this club lost this unique role: the hectic 1980s, the softening and eventual collapse of the regime, the emergence of new wave in Hungary, some creative and innovative young people, the right place and the right time was needed for Fekete Lyuk to be what it was. The unique role it played under the softening dictatorship changed with the regime change, and the club lost its significance in many ways. In parallel, Marton’s status as an outsider also changed: the former uncertainty was slowly replaced by stability, both in terms of his profession and private life. He got married and had children, and in 1990, he became the music editor of the magazine Magyar Narancs (Hungarian Orange), a position which he held until 2006. In 1988, he began working as the artistic leader of Sziget Festival’s Worldmusic Stage. He also worked as the editor and anchorman of several radio programs, such as Radio Q’s Érintés (Touch), and Petőfi Radio’s Passzport (Passport). He also organized the Babel Evening series at the Palace of Arts. Today, in addition to his creative work, he is also a teacher at the TANEXT Academy.
lasīt vairāk
Maróthy, János

János Maróthy (1925–2001) was an internationally acknowledged Hungarian Marxist musicologist and one of the key figures of academic research on popular music in socialist Hungary.

He started his career in the late 1940s and found employment in many important musical institutions. He was the head of the Mass Musical Department of the Association of Hungarian Musicians (established in 1949), and an active member of the Association’s Popular Musical Department. He also became the editor of the leading musicological journal Új Zenei Szemle ([New Musical Review]; founded in 1950), in which he published the very first Hungarian socialist realist music reviews that tried to be an example for the ideal music reviews of the future. And in his early scientific work, he tried to popularize the findings of Soviet musicology.

From the late 1950s on, due to the changes occurring in both national and international policy, Maróthy gradually reconsidered the cultural and ideological legacy of the early 1950s and developed his own music historical model, in which musical genres excluded from the traditional music history canon gained particular attention. At that time, he became a research fellow at the Budapest Bartók Archives, a forerunner of the Institute of Musicology of the Hungarian Academy of Sciences. At the end of the 1960s, he was a founding member and leader of the Department of Sociology of Music at the Institute of Musicology.

As one of the first Hungarian propagators of the genre of protest song and pol-beat and an ardent supporter of bottom-up initiatives, Maróthy launched a systematic collection of documents and audio recordings related to these types of music. This collection, along with the partly overlapping workers’ song research, is a good indicator of Maróthy’s role and the directions of his research at the very start of Hungarian popular music studies (in the early 1970s).

His bequest is today part of the Archives for Twentieth and Twenty-first-Century Hungarian Music, Institute of Musicology, RCH HAS. He died August 10, 2001 in Érd.
lasīt vairāk 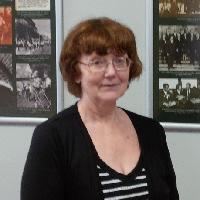 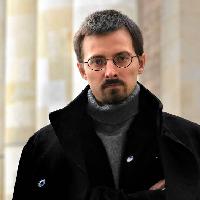 Theatre historian, editor, lecturer; research assistant at the Department of Theatre Studies at the The Aleksander Zelwerowicz National Academy of Dramatic Art in Warsaw. Employee of the Archive of the Studio Theatre of Stanisław Ignacy Witkiewicz. Initiated research and publishing projects related to the work of Jerzy Grzegorzewski. Author of publications in Polish proffesional magazines:  "Dialogue", "Theatre", "Contemporary Culture", "Aspirations" and "Dwutygodnik.com".
Supervisor of the Jerzy Grzegorzewski Section, author of monographs based on the archives of the director's work, curator of archival selection at http://jerzygrzegorzewski.net/.