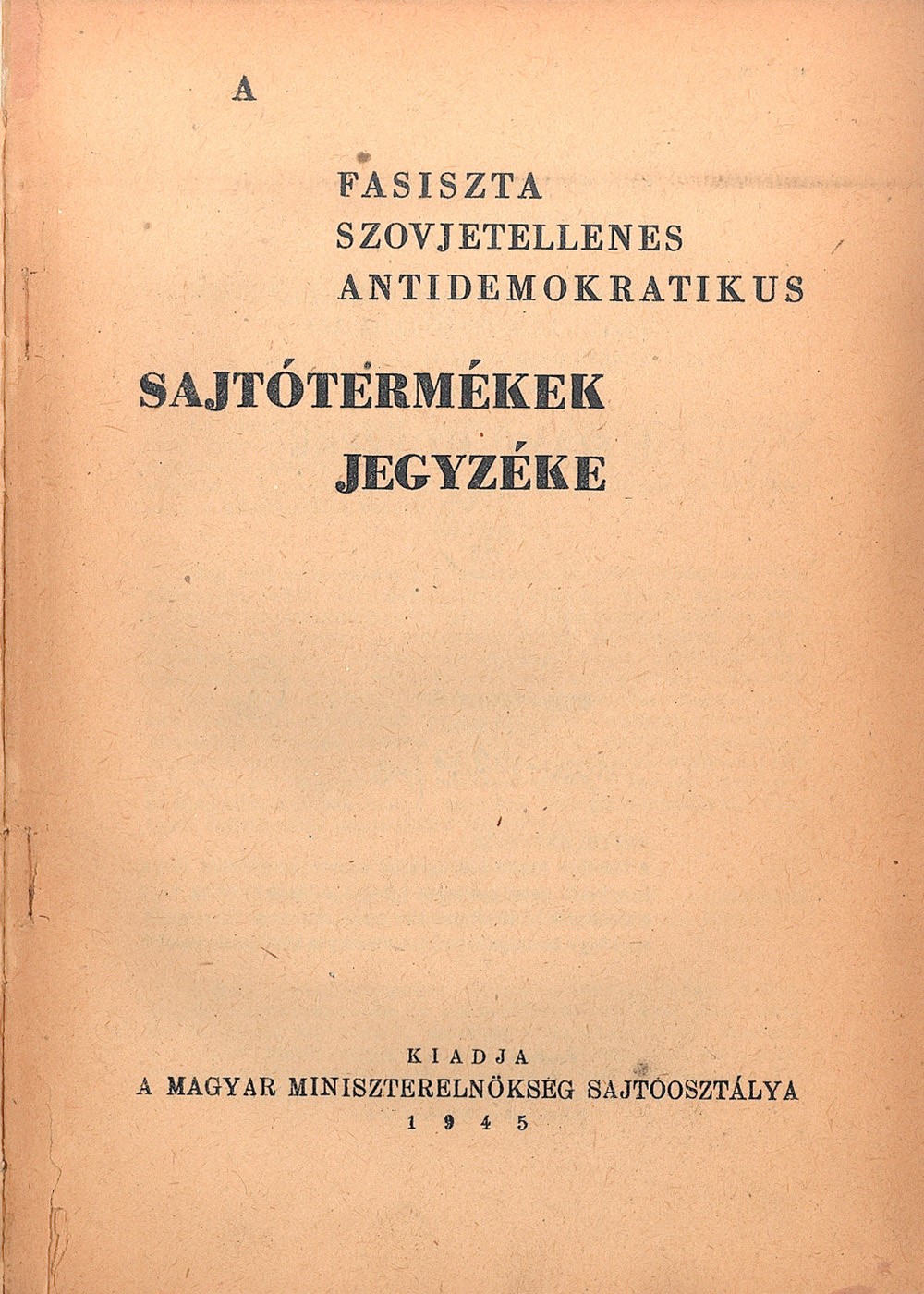 The Closed Stacks Department of the National Széchényi Library (OSZK) was established in 1946. Everything that was not permitted by the censors and could not be part of the public collection of the library was put here. The librarians argued that the task of the national library was to collect every type of publication regardless of its content. The books and journals which were published by Hungarians who fled the country after the Revolution of 1956 added to the number of items. The department became a meeting point for members of the emerging opposition in the 1980s, which created an opportunity to get actual samizdat writings.