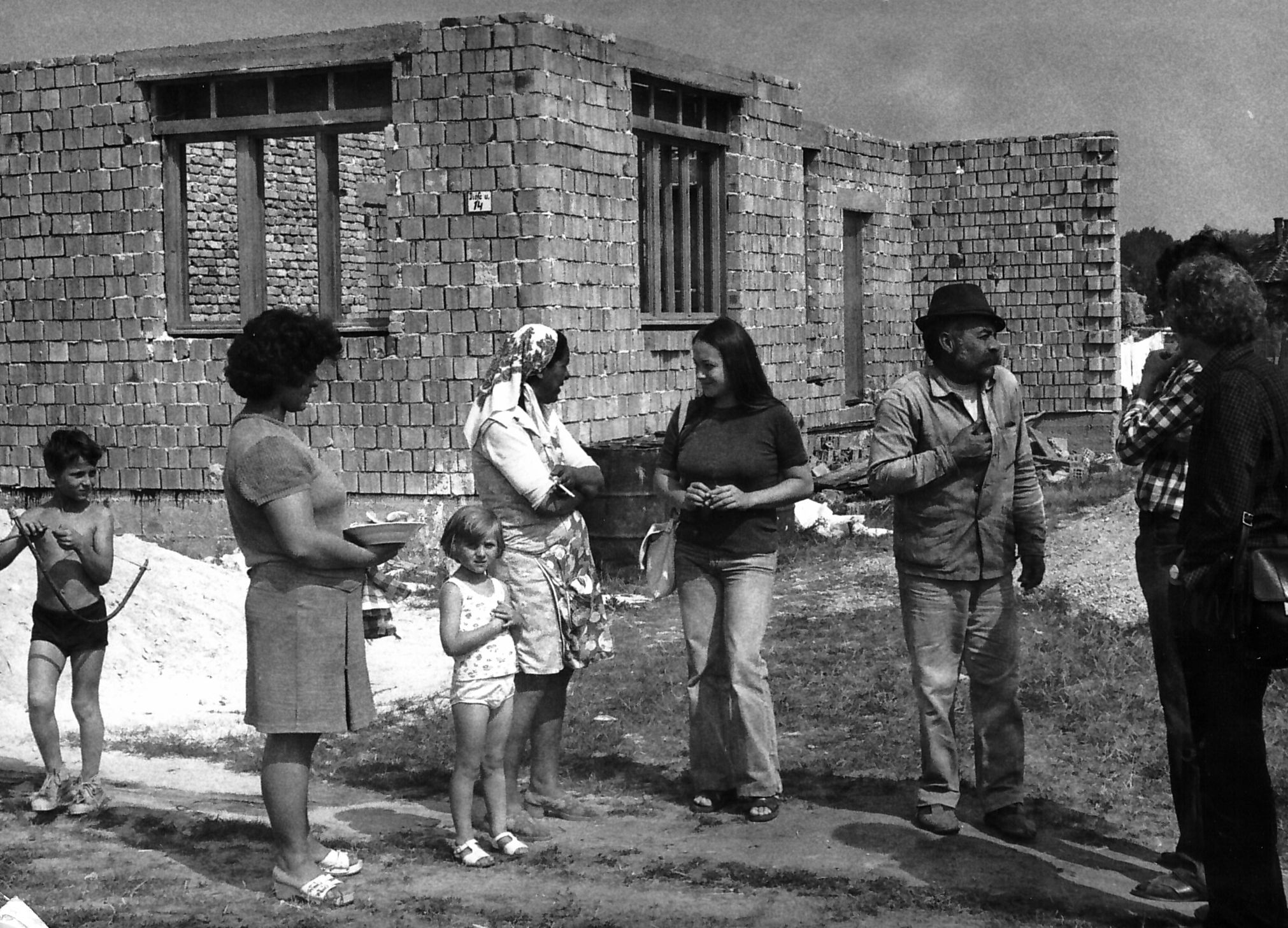 She was born in Budapest, his father was a radio mechanic had been running his own little shop, until it was ’nationalized’ by the Communist state. As a child she was a devoted member of the her school’s choir, and an extra for the National Theatre. In 1967 she started her studies at the Hungarian Actors Academy, but two years later she changed for studying history at Loránd Eötvös University, Budapest.

Through some friends she got in connection with the empirical research team of sociologist István Kemény and took part actively in the nationwide Roma survey from 1971, by visiting Gipsy families in the Trans-Danubian region. Inspirated by Kemény a year later she also started to study sociology at the university, as it was reintroduced legally in the curriculum of social sciences, and in the meantime she kept on being busy with her field researches. She received her MA degree in History in 1978 and in Sociology in 1981.

Gabriella remained a freelance sociologist up untill 1990, at the beginning to preserve her personal independence, and later because she failed to apply for state jobs, as a reknown activist of the opposition. During the 1980s she could not travel abroad either, as her claim for a passport was repeatedly refused by the police. In late 1979 she was one of the eight founding-members of SZETA, and the regular monthly meetings of activists for several years were held at her home in Miksa Déri street, in a workers’ district of Budapest. Apart from her sociological surveys and voluntary job done for SZETA she also took part in several activities of the dissident movement. She gave birth to her first child in 1984, and went on ’leave’ as an activist for a few years, but as the system was challenged by more and more radical changes, she herself reactivated. In 1987 she became a founding member, among others, of ’Asylum Committe’ a civilian organisation supported refugees fled from Ceausescu’s Romania, and was also an active organiser of the first independent Hungarian trade union, that of TDDSZ, ’Scientific Workers Democratic Union’ well before the political system changed.

Following 1990 she assisted her fiends became the member of Parieament Ottília Solt, and Gábor Havas to designe a new democratic social policy in Hungary. From 1993 she became one of the first educators of the newly established Social Worker Training School of John Wesley Theological College. After 1999 she returned to her field works as a freelance sociologist again, and conducted training courses of research methodology.