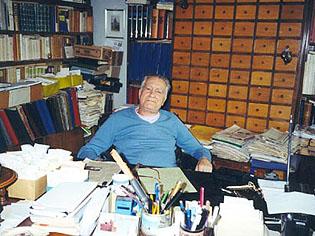 The collection illustrates Adrian Marino’s intellectual evolution as a historian and literary critic who chose to pursue his activity outside the institutions controlled by the communist regime. The Marino Collection includes books, original manuscripts, and the author’s correspondence, which reflects a critical perspective on Romanian literary life in the period 1964–1989.