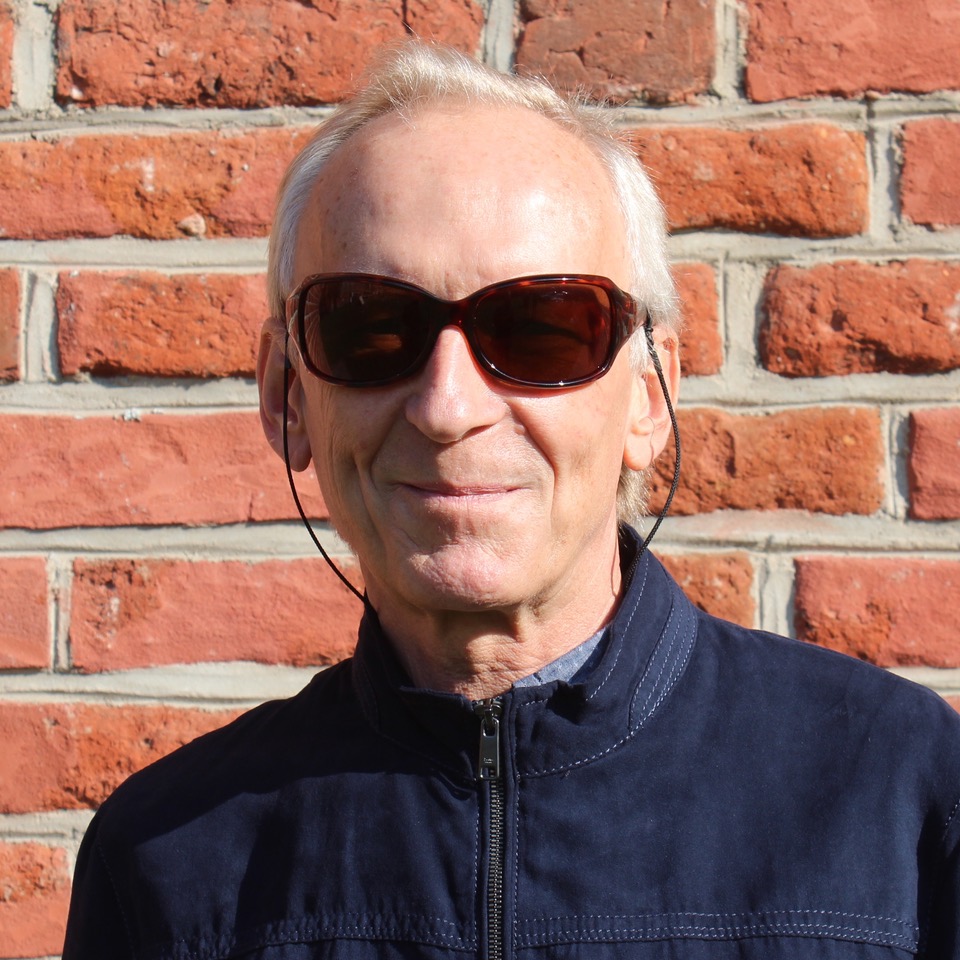 Tomasz Sikorski was born in 1953 in Warsaw. He is a versatile artist: he photographs, paints, draws, creates objects, buildings, installations, the art of environment, films and sound works, and also creates performances. He is the organizer and curator of around twenty exhibitions, author of books and articles on art; also he deals with documenting events and artistic works. He works as an academic teacher at the Jan Kochanowski University in Kielce.
From the early 1970s, Sikorski took part in the life of the Warsaw neo-avantgarde community, primarily in the "Gallery" of Paweł Freisler, where in 1972 he made his debut, as well as in Sigma, a neighboring Student Cultural Center at the University of Warsaw. The word "Gallery", deliberately is taken in quotes as a conceptual form, constituted spaces of contestation of the old fashion, in fact, a modernist faction of avant-garde by younger artists, critical of essentialism and "cleansing" art from external interference. Similar moods prevailed at the Biennale of Spatial Forms in Elbląg, led by Gerard Blum-Kwiatkowski; Sikorski participated in the last Biennale, also known as Kinolaboratorium, in 1973.
A young artist studied two faculties of the Warsaw Academy of Fine Arts: Sculpture and Interior Design, in the years 1974-1979. Already at that time, from 1976 to 1978, thanks to Freisler, Sikorski ran the Mospan Gallery (at the Mospan Club SZSP Warsaw University of Technology); from January 1977 he did this together with Tomasz Konart, with whom until November 1979, he continued to hold a gallery P.O. Box 17, without permanent address.
From 1979 to 1987, Sikorski co-directed (with Jerzy Onuch and Joanna Kiliszek) Workshop Dziekanka - an interdisciplinary artistic and educational center of the Academy of Fine Arts and the Academy of Music in Warsaw. “Dziekanka” was at that time one of the most important places of alternative culture in Warsaw, hosting both new expression painters like “Gruppa”, as well as punk bands Dezerter and TZN Xenna. In the years 1984-1988, Sikorski lectured as a guest at universities in the USA. The most important exhibitions organized by Sikorski in the seventies and eighties are Form and Sound in the Mospan Gallery in 1978, Documentation and Self-documentation in Dziekanka in 1979, Photography - current status in Dziekanka in 1979 and Now and Beyond Time in Dziekanka in 1986. In addition, after returning from New York at the end of 1985, Sikorski began to popularize street art in Poland - shows of his photography caused sensation in young artistic circles.
As an artist, Sikorski started with ironic games with conceptualism, as in the case of Gypsum music from 1978 - “plank” made of plaster. In the 1980s, his work gained a new character, at the same time in existential and political aspects. In the performance Not from 1980, Sikorski shouted the keywords to the camera, literally shouting his head off. The Europe, Art and Fear performance, performed one year later, consisted of the artist's crumbling in the embryonic position on Polish territory on the map of Europe painted on the Cres Studio floor in Groningen in the Netherlands. The map is a recurring motif in the artist's work: the work The Dream Map of Europe from 1981 presented a slightly altered map of Europe: the place of Poland was taken by the sea while the country became an island west of Great Britain and Ireland. From 1985, inspired by American street art, he painted his own templates on the streets of Warsaw - his graffiti was pioneering in Poland. Socio-political threads appeared in Sikorski's works also later, such as the Paintings for Homeless from 1993 - the artist's reaction to the appearance of homeless people in Poland soon after the introduction of capitalism - as well as New Flags of 2004, from 2004, eclectically combining elements of various flags, and national and religious symbols.
In the 1990s, Sikorski also built architectural objects in gallery spaces or in the open air. Sikorski's subsequent art has a more philosophical, meditative character, although the artist constantly weaves in his works threads from current politics, as in the case of the installation TV Buddha - Polish Version from 2016, in which, in reference to the famous work of Nam June Paik, the figure of Buddha watches his own image on the TV screen, at times, however, figures of Jarosław Kaczyński and Tadeusz Rydzyk appear in his place. More examples were provided by the Koans exhibition at the power plant in the Mazovian Center for Contemporary Art Elektrownia in Radom in 2009 along with the publication Artworks as a Koan. From 1992 to 2003, Sikorski ran the Intermedia Laboratory at the Faculty of Arts at the University of Zielona Góra. After, he was conducting Multimedia classes at Jan Kochanowski University in Kielce; he remains it professor till today. In 2011-2012 he worked in Interior Architecture Department at the Academy of Fine Arts in Warsaw.
Sikorski is an author of about 150 exhibitions and individual shows. He took part in more than one hundred and twenty collective exhibitions and presentations. He published books Pracownia Dziekanka 1976-1987, Artwork as a Koan, Graffiti in Poland 1940-2010 (together with Marcin Rutkiewicz) and Free Energy.
Despite the political character of many works, especially from the 1980s, he was never prosecuted by the regime. He did not engage in political activities openly.