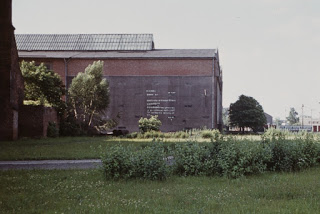 The collection stores about 250 photos made by Tomasz Sikorski during the Fifth Biennial of Spatial Forms known as Kino Laboratorium (Cinema Laboratory), in 1973. The pictures documented the 1973’s sculptures, objects, and performances, as well as artworks created in the earlier years. There are also some photos from 1972 when Sikorski came to Elbląg to document the preparations for the event. The Biennial, organized in Elbląg from 1965, was one of the crucial neo-avantgarde events in Poland. Cinema Laboratory was the last edition of Biennial in Elbląg; soon after its end Gerard Blum-Kwiatkowski, initiator and founder of the event, moved abroad to Germany.