The video periodical Black Box was the first independent film production studio during the last years of communist rule in Hungary. It reported on demonstrations and civilian initiatives that the official media passed over in silence or reported on with disinformation. With its film reports, and portraits distributed in samizdat channels, at the beginning Black Box managed to create the largest film collection documenting the events of the transitional period and the change of political system both in Hungary and in other communist countries.

Document Collection of the Civic Movement Archive in Leipzig
Leipzig was not only scene to the Monday Demonstrations of autumn 1989 that spread across the GDR and brought the regime to collapse, but also home to numerous youth, peace, environmental and human rights groups. The Civic Movement Archive in Leipzig houses the largest collection of documents relating to the histories of these groups.
lasīt vairāk 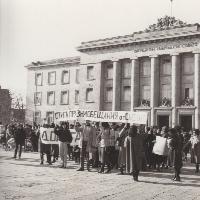 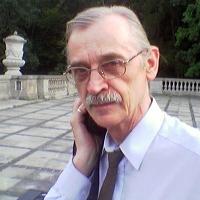 Erazm Ciołek Papers at the Hoover Institution
Erazm Ciołek was a Polish photojournalist, mostly known for his photographs of the Polish Solidarity movement. The bulk of the collection consists of Ciołek's photographs taken between the birth of Solidarity in 1980 and the collapse of state socialism in Poland in 1989. These works document the legendary strike at the Lenin Shipyard in Gdańsk in 1980, the martial law period in Poland, opposition protests and demonstrations, the Round Table Talks between the opposition and the party regime, and Solidarity's victory in the partly free elections of 4 June 1989. The remaining photos depict the beginnings of democratic rule in Poland and post-Ceaușescu Romania, which the photographer visited in 1990-91. The collection also includes portfolios of photographic reproductions, flyers and catalogues of Ciołek's exhibitions.
lasīt vairāk
1 - 5
1 2 3 4 5 6 nākošā lappuse »»