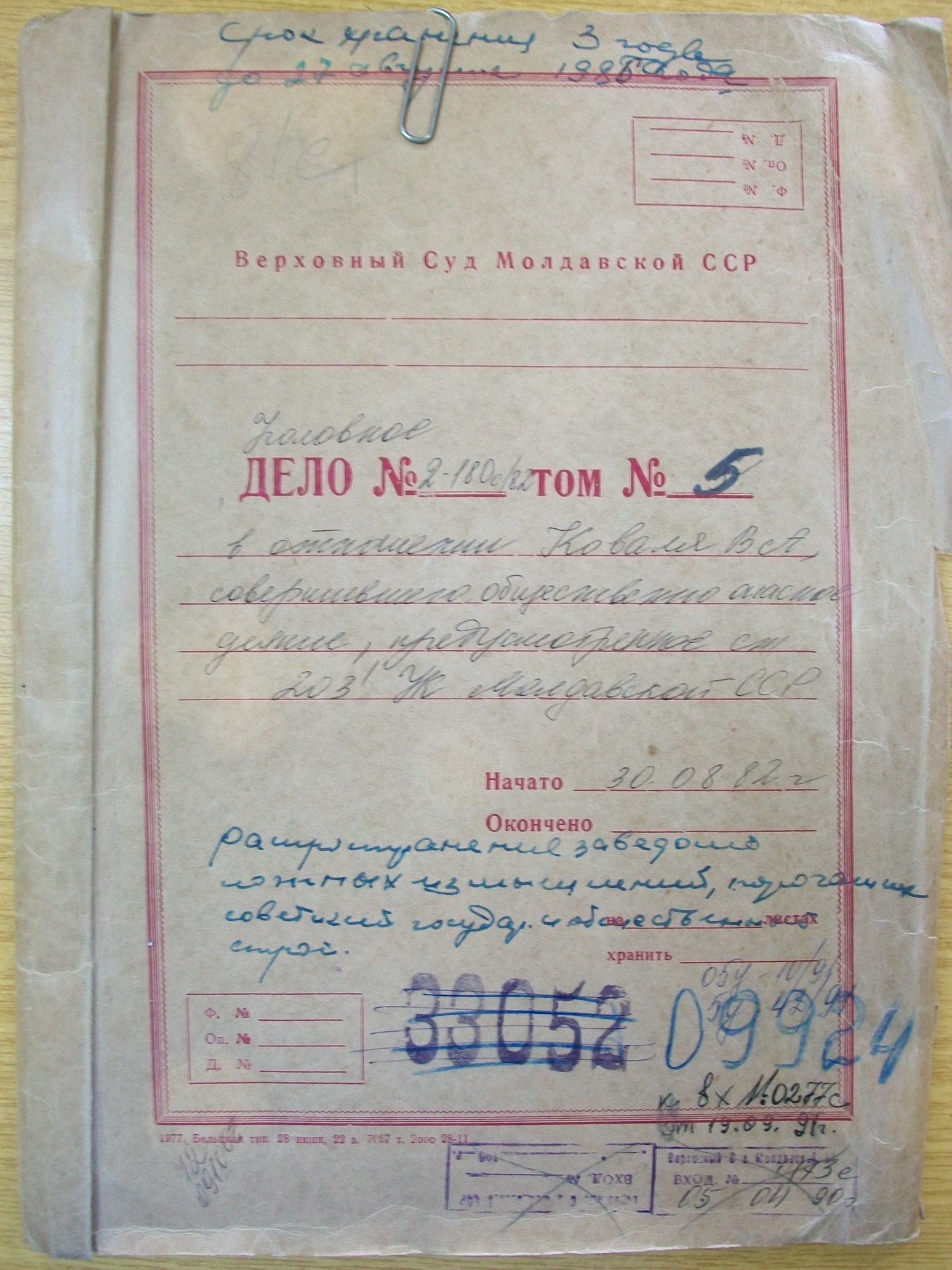 This ad-hoc collection was separated from the fonds of judicial files concerning persons subject to political repression during the communist regime, which is currently stored in the Archive of the Intelligence and Security Service of the Republic of Moldova (formerly the KGB Archive). It focuses on the case of Viktor Koval, an engineer of Russian ethnic background who expressed ”anti-Soviet” political opinions during the late 1970s and early 1980s, when he was working at an electrical equipment factory in the city of Bălți. In August 1982, Koval was found guilty of  “spreading calumnies and lies aimed at discrediting the Soviet state and social order.” However, instead of being sentenced to prison, he was sent to a special psychiatric facility of the Soviet Ministry of Internal Affairs (MVD), where he spent almost eight years before being released in May 1990. Koval’s case is a revealing example of the use of punitive psychiatry in order to suppress voices critical of the Soviet regime. His file is also significant in the context of the early 1980s, usually viewed as a period featuring few open manifestations of oppositional activity.