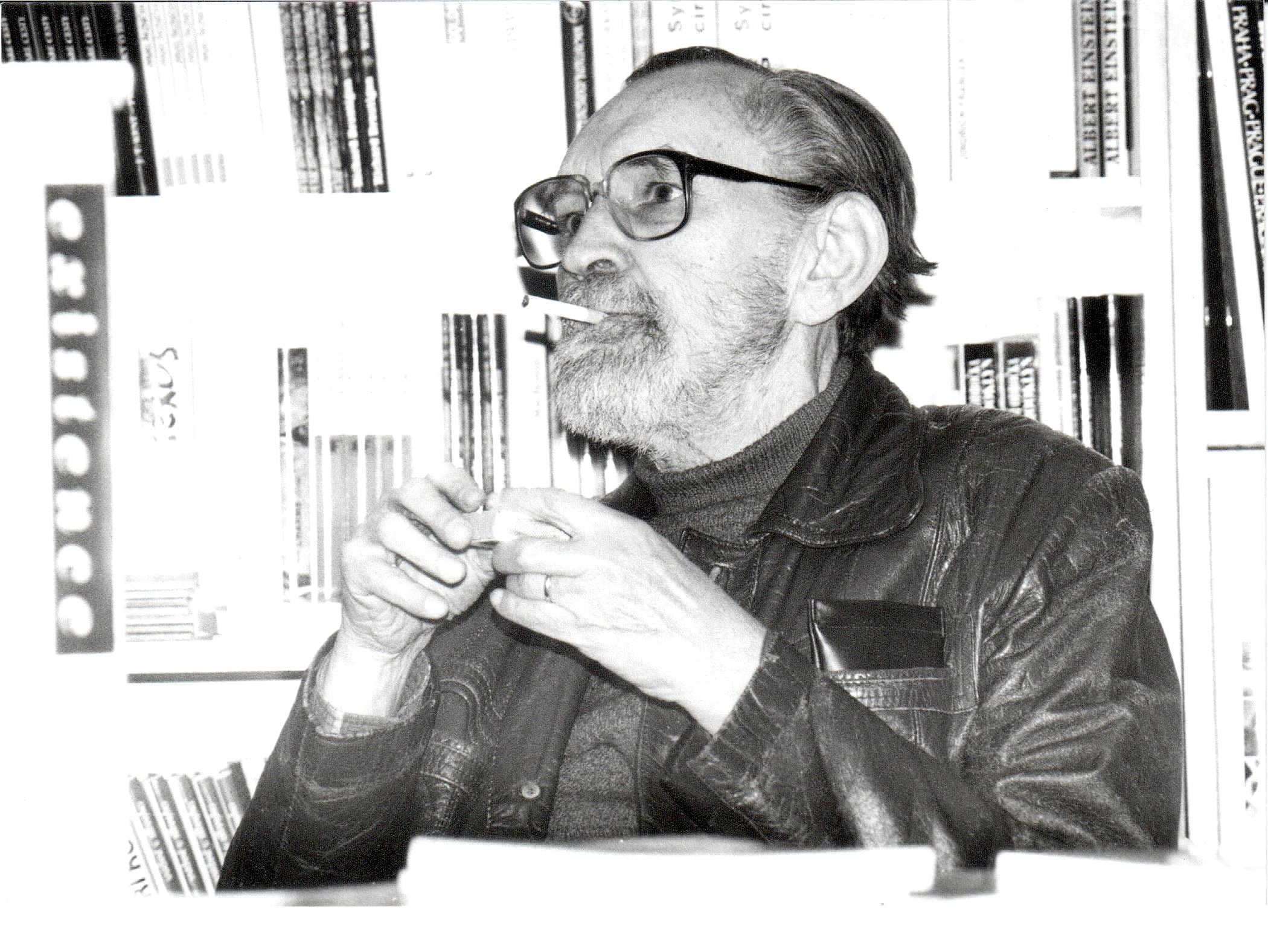 Egon Bondy, real name Zbyněk Fišer, was a Czecho-Slovak poet, novelist, playwright, philosopher and “guru” of the Czechoslovak underground. He had been active within Czechoslovak surrealism from the end of the 1940s. He founded the samizdat edition “Půlnoc” (Midnight) with Ivo Vodseďálek at the beginning of the 1950s. Based on a collection of poems “Jewish Names” (Židovská jména) (1949), he chose the pen name Egon Bondy in response to the antisemitic atmosphere of the time. During the 1960s, after graduating in philosophy and psychology from the Faculty of Arts of Charles University (1961), he worked as a night watchman at the National Museum and later at the bibliography department of the State Library of the Czechoslovak Republic. He was inclined towards Trotskyism and Marxism at the time and he also focused on Eastern philosophy, such as Buddhism and Taoism. He was entitled to a full invalidity pension from 1967. During the 1970s and 1980s, he was a theorist and protagonist of the Czech underground, he wrote for samizdat and exile magazines, while his works were set to music by the underground band The Plastic People of the Universe. He signed Charter 77 in 1977 and was awarded the exile Egon Hostovský Prize for his novel “The Invalid Siblings” (Invalidní sourozenci) in 1981. On the other hand, Bondy had been collaborating with the StB (State security) since 1952. This collaboration lasted, with some intervals, until the change of regime in 1989. Until 1989, his works were mainly published as samizdat volumes or in exile. Bondy was involved in ultra-left-wing groups after 1989. He applied for Slovak citizenship after the breakup of Czechoslovakia in 1993 and lived in Bratislava. Egon Bondy appears as a literary character in several novels, including works by Bohumil Hrabal. There have also been several documentary films made about him. He wrote more than forty collections of poems, twenty novels and numerous philosophical and journalistic texts. Despite the fact that Bondy collaborated with the StB before 1989, he is one of the most significant figures from Czechoslovak independent and underground culture during the communist era.