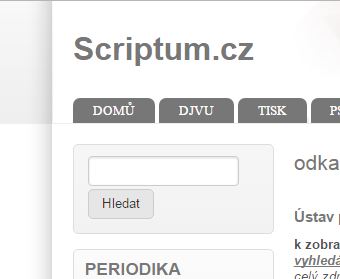 The Scriptum.cz web archive provides access to various non-commercial and online Czech exile and samizdat periodicals. This is a unique collection of works that are often not accessible anywhere and are constantly being refilled.