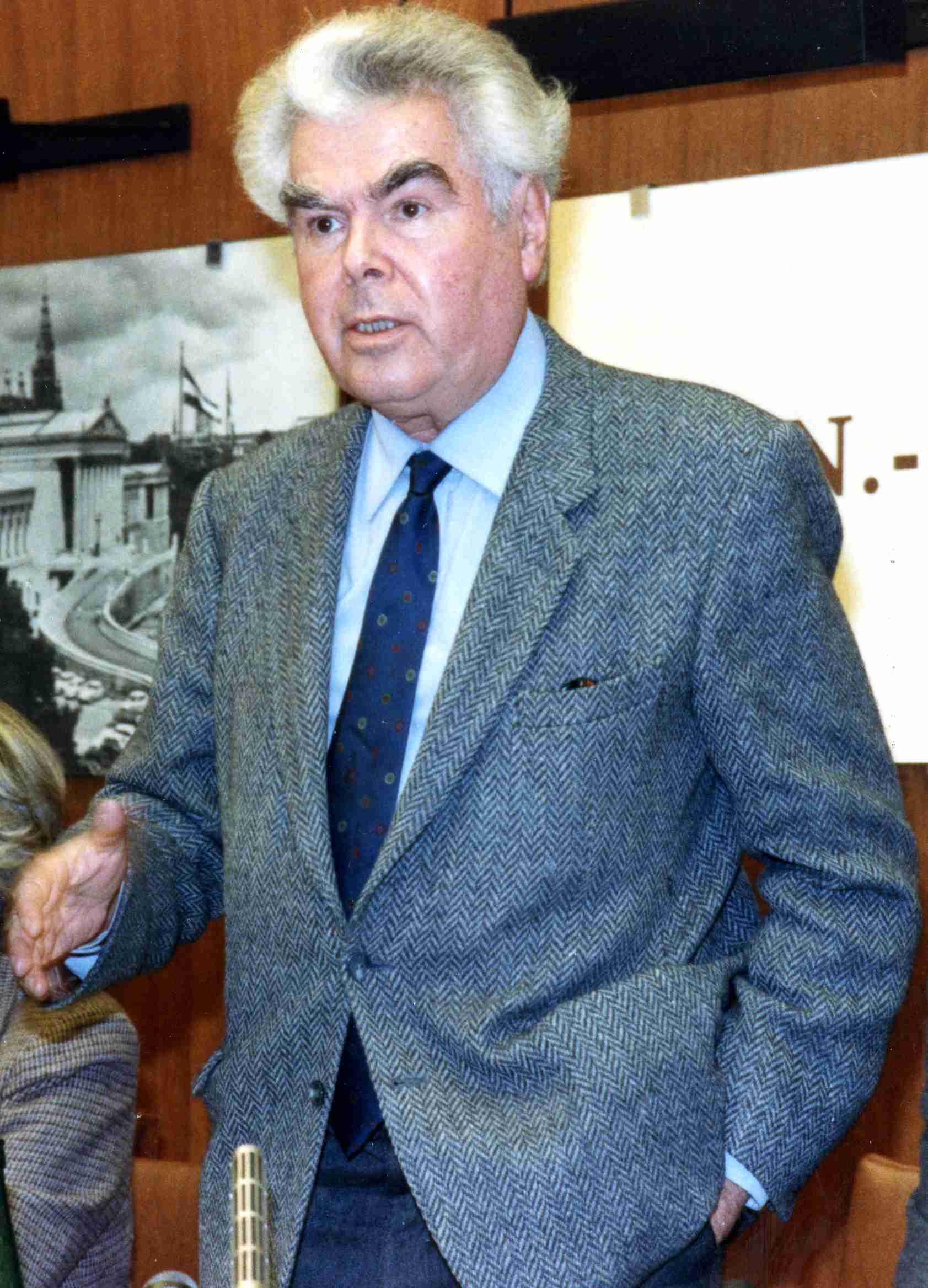 Jiří Pelikán was a Czech journalist, communist functionary, exile politician and publisher of the quarterly “Listy”. He was born on 7 February 1923 in Olomouc as the son of the sculptor Julius Pelikán. He started studying at a grammar school in Olomouc but then joined the communist resistance during World War II and was imprisoned for several months by the Gestapo. He was released in 1941 and was hidden until the end of the war in an unknown place. After the war, he joined the communist youth movement and started studying at the Political and Social University. He was a secretary for the university’s committee of the Communist Party (1946-51) and a member of the board of the Regional Committee of the Communist Party in Prague. During the second half of the 1940s and during the 1950s, Pelikán held several other functions at various levels of the apparatus of the Party and its youth organisation. After February 1948, he was a member of the Action Committee of the National Front, responsible for the exclusion of thousands of university students based on their political views. He was a deputy in the National Assembly between 1948 and 1954 and later between 1964 and 1969. As general secretary of the Central Committee of the Czechoslovak Union of Youth (1953-55), he was the leader of the communist youth organisation; he was head of the International Union of Students between 1964 and 1969. Pelikán later became general director of Czechoslovak Television – from 1963 until October 1968 when he was forced to leave the position by the Soviets.

During the Prague Spring 1968, Pelikán was one of the active advocates for reforming the Party, he was, therefore, placed in a less high-profile position in the diplomatic service after the Soviet invasion and the beginning of Normalization. He worked as a cultural attaché at the Czechoslovak embassy in Rome; he refused to return to Czechoslovakia in 1969 and applied for political asylum in Italy.

He soon became involved in the exile activities in Italy. As a former active participant in the democratization processes during the Prague Spring, he started publishing the left-oriented magazine “Listy” in 1971. In the magazine, he endeavoured to truthfully and objectively inform people about public matters and political repression in Czechoslovakia, as well as give banned authors the opportunity to publish. He was granted Italian citizenship in 1977 and was a deputy of the European Parliament for the Italian Democratic Socialist Party (Partito Socialista Democratico Italiano) between 1979 and 1989. He was a very active participant in Czechoslovak exile activities. In 1986, he was a founding member of the Czechoslovak Documentation Centre of Independent Literature, which was founded in West Germany and led by the historian Vilém Prečan.

After 1989, he lived in both Rome and Prague, where he also published “Listy” – the magazine has also had a Prague-based editorial board since 1990. Pelikán was the director of the East-West Institute in Rome from 1989. In 1990 and 1991, he was briefly an adviser to Václav Havel, the president of the Czech and Slovak Federation Republic. He was awarded the Medal of Merit in 1998. He died on 26 June 1999 in Rome.