Letter from Hans Otto Roth to Alfred Herrmann, first pastor of Sibiu, 28 May 1950 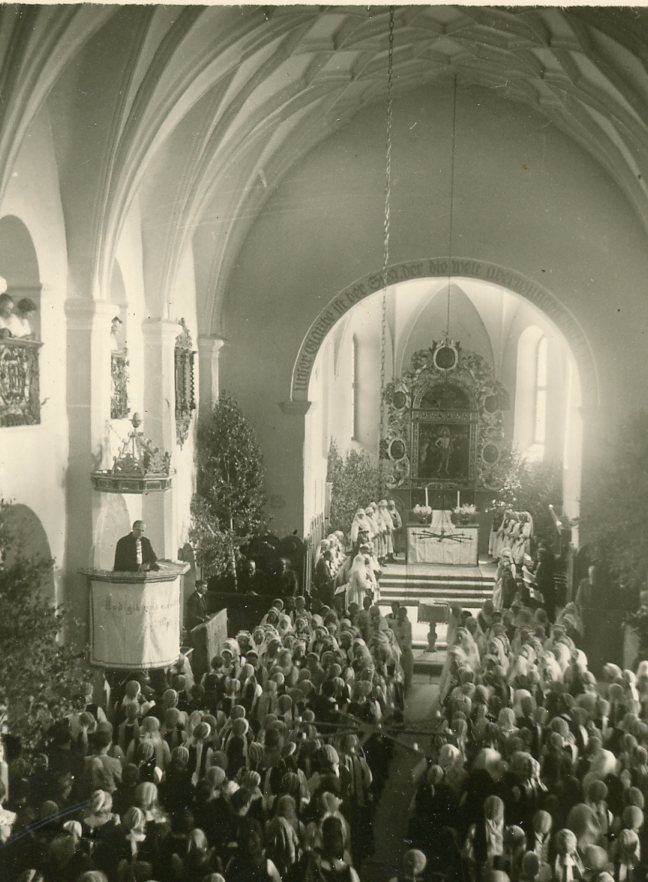 The letter was drafted in the context of press attacks against and persecution of Hans Otto Roth by the communist authorities after the establishment of the Petru Groza government in March 1945. These measures culminated in July 1948, when Roth was arrested and investigated for political reasons for six months along with other leaders of the German community in Romania involved in managing the General Savings Bank of Sibiu (Hermannstädter Allgemeinen Sparkasse) for his alleged mismanagement. The letter dated May 1950 was addressed to the Lutheran pastor Alfred Herrmann, an old friend who had been persecuted by the Nazi leaders of the German Ethnic Group of Romania for his socialist sympathies. Alfred Herrmann (1888–1962), former first pastor of Bucharest in the period 1937–1946, was one of the supporters of the new communist regime in the Evangelical Church of Augustan Confession of Romania (Weber and Baier 2015, 245). The document represents a critical reply to a series of letters received from Herrmann during 1950. In this letters Herrmann argued that he had supported the new regime because the church needed to embrace the so-called “peace movement” and to involve itself in building the new society. The Fight for Peace Committee was an institution created by the communist regime in Romania in order to enlist clergy of the officially recognised denominations and mobilise them for the achievement of political aims.

To answer the motives invoked by Herrmann, Roth claims that the aim of each Christian should be to oppose the use of violence “in any form.” From this point of view, peace represents an aim that the Church must naturally follow. At the same time, Roth argued against the idea that the Church should support the newly established communist regime because, according to him, the Church should become involved only in those “forms of social organisation” in which “love for our fellow men can truly exist.” He rejects the involvement of the Church in building the “new socialist society” through a subtle critique of the violent methods used by the communist regime to impose it. Ironically, Roth points out to Herrmann that a series of motives invoked by the latter to justify his support for the communist regime were similar to those presented to him several years before by Bishop Staedel, the pastor placed by the Nazis at the head of the Evangelical Church of Augustan Confession of Romania in 1941.