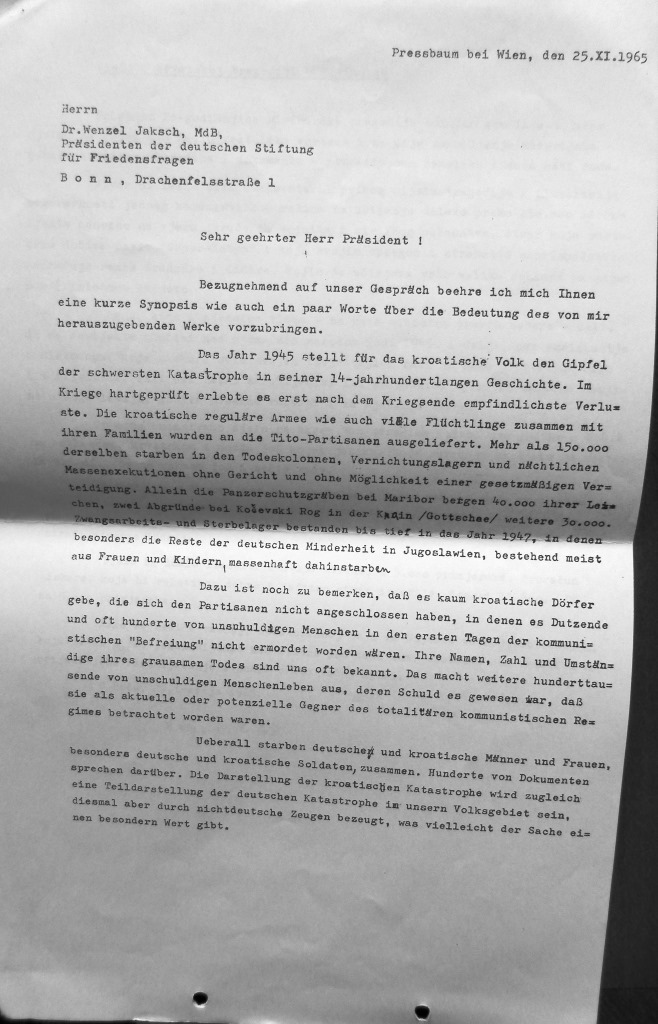 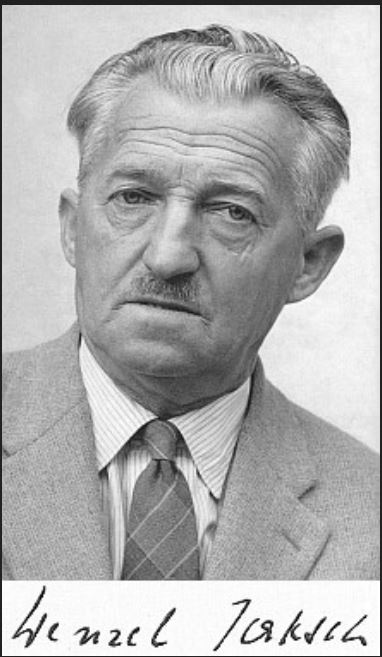 This is a typewriter letter consisting of 2 pages in extended tabloid format. The document was written in German on 25 November 1965, and since the Draganović’s handwritten signature is lacking, we may assume that it is a copy of a letter which Draganović wanted to store in his archives/personal papers. The original of this document is available at the Pontifical Croatian College of St. Jerome in Rome, and the copy is in the Croatian State Archives. The material is available for research and copying and is located in registry no. 2, under number 6.2.

The German Social Democratic politician Dr. Wenzel Jaksch (1896-1966), was the president of the German Foundation for European Peace Questions (Deutsche Stiftung für Europäische Friedensfragen). Draganović wrote him a letter in which he explained the need for publishing his book on the Bleiburg tragedy of the Croatian people. Draganović said that the book will contain considerable information about the crimes of the Yugoslav communist regime unknown to the world public. He stated that he planned to publish the book in three languages and he asked for financial support from the German Foundation for European Peace Questions, presided over by Wenzel. The letter testifies that Draganović was in the final stages of preparing his book, which was completely unacceptable to the communist regime in Yugoslavia and whose publication the government sought to prevent. This document is important because it explains the underlying intention of the creator of the Krunoslav Draganovic collection: the publication of a book about the Bleiburg tragedy.