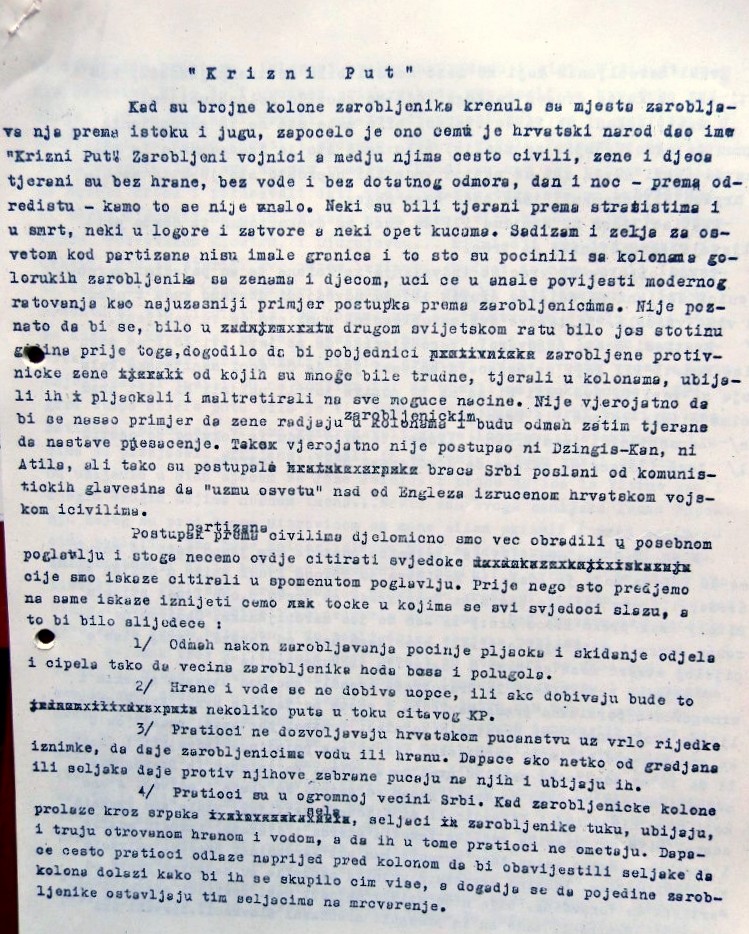 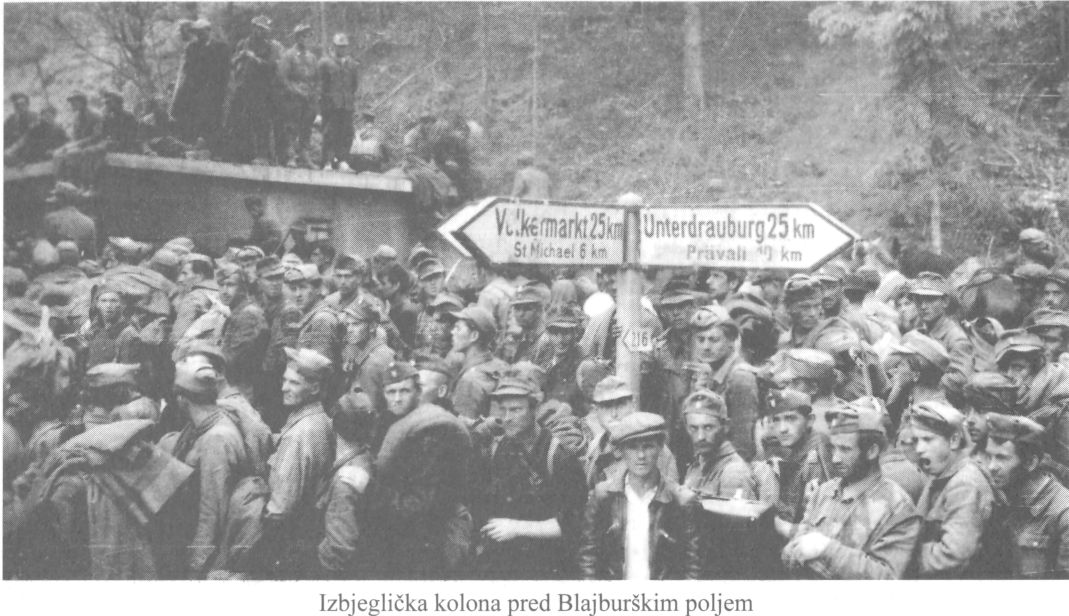 This document is a part of the Draganović’s never completed nor published manuscript. Its topic is the suffering of the Croatian people at the end and immediately after World War II, popularly known as the Bleiburg tragedy.

The document contains several sections: "Death Marches," "Extradition of the masses," "Cemeteries," and "Camps." It explained the situation in Croatia at the end of the war in May 1945 and clearly states that the aim of the manuscript (future book) is to document and describe the crimes committed by the communist authorities against Croats. Draganović raised the question of the purpose of even organising death marches. He assumed that Partisan movement in 1945 did not have sufficient support from the Croatian population and that therefore the Communist Party of Yugoslavia (CPY) decided to intimate and break the Croats and cripple any further resistance. In the "Death Marches" section, he covered the “death marches” and presented the testimonies of survivors. The purpose of the death marches was “to show them what will happen to those who dare to oppose communist rule.”

The chapter on "Extradition of the masses" deals with the extradition of captured, mostly Croatian soldiers and civilians. The Allies extradited them to the Partisan authorities. The emphasis in this chapter is placed on the responsibility of the British military command for the crimes committed by the Partisans.

The chapter “Cemetery” tells the story about the obliteration of cemeteries and graves of enemy soldiers who were considered “occupiers” and “enemies of the people” by the new communist authorities. It shows the “Yugoslav communists’ intention of staging a complete and radical reckoning with the enemy immediately at the end of World War II” (Geiger & Josipović Batorek, 2015: 316).

The chapter “camps” deals with the existence of the prison camps which the new government formed for the people they considered enemies. Draganović mentioned 28 known camps throughout Yugoslavia, mostly in Croatia and Bosnia-Herzegovina, and described the treatment of prisoners and their living conditions.

The document includes some inserts: four sheets with data and testimonies which Draganović added to the already written text.

Draganović's work was totally unacceptable to the Yugoslav communist authorities because it revealed their criminal activities immediately after World War II.

The use of the material is limited because it contains personal information that is subject to the provisions of the  Personal Data Protection Act (Narodne novine 106/2012).