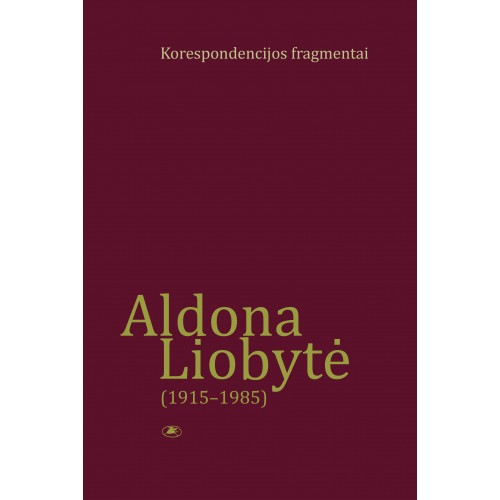 In 2015, a book came out of Liobytė's letters to cultural figures. It was dedicated to the 100th anniversary of her birth, and its launch was accompanied by various events to mark her activities among the cultural intelligentsia. For example, the Institute of Lithuanian Literature and Folklore held the conference ‘Aldona Liobytė ir jos laikas' (Aldona Liobytė and her Times) about her life and work (see: http://slaptas.nzidinys.lt/a/2015/07/16/aldona-liobyte-ir-jos-laikas/).
Many of the letters published in the book illustrate the everyday life of the intelligentsia under the Soviet regime. While her correspondence does not express strong anti-Soviet statements, readers may find many sarcastic and satirical comments on Soviet policy and Soviet cultural managers in the publication.