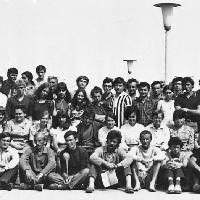 Nomad Dossiers
Ferenc Bodor’s Nomad Dossiers is a collection representing a unique component of cultural opposition in Eastern Europe: materials related to ethno-folk revival and its Hungarian manifestation, the so-called “dance-house movement”. This collection also contains material regarding the Studio of Young Folk Artists, which was formed in the 1970s. Communist authorities considered the movement to be suspicious. They feared that it might increase nationalism among young people and, furthermore, that it might generate a powerful rival to the official youth organization.
lasīt vairāk
1 - 1
1