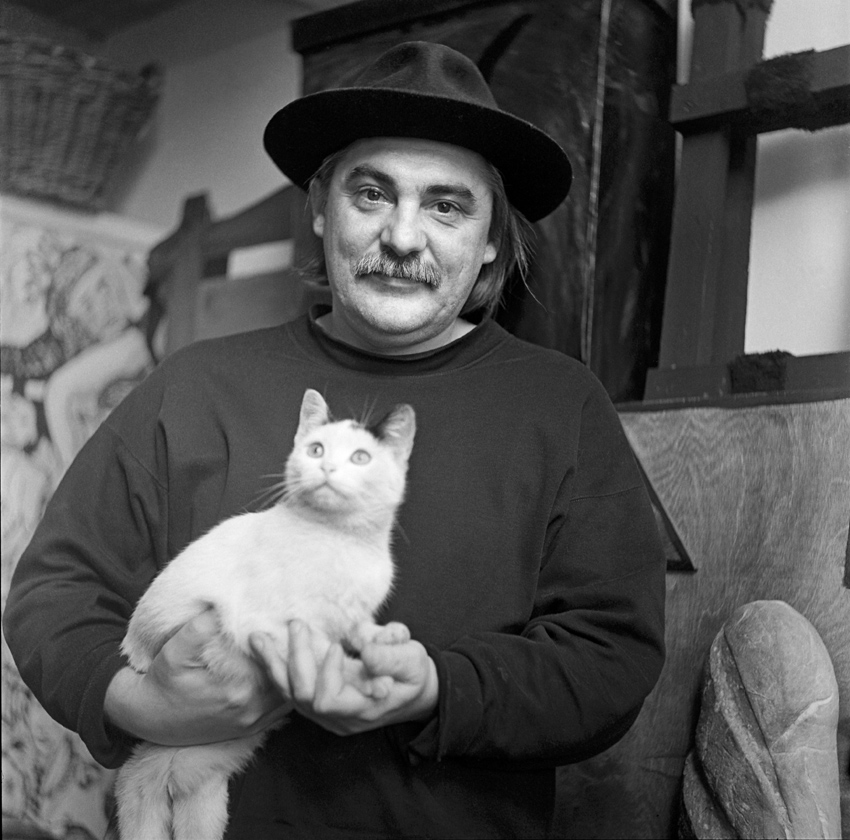 The parson's tape recorder and the paintings of Menyhért Tóth impressed him deeply in his childhood. In the second half of the sixties he met István ef Zámbó in Kecskemét, where they founded together the Purgatory Club, where concerts, exhibitions and literal evenings were held.

The idea of the open air exhibitions was born in these years also, what they organized from 1968 to 1977 in Szentendre. This led - as a chain-reacton - to the founding of the Lajos Vajda Studio, than later the Bizottság (Committee) group, which made them known nationwide.

The most prominent feature of his creations is free, natural and spontanious expression. Visual art interweaves with poetry, music or moving imagery in his works excessively rich in visual imagination and ideas.

In his images he delineates beings, worlds, happenings, conditions, events with a method similar to the explicit symbolism of graffiti. The streaming of his texts based on free associations are pervaded by unexpected word-combinations and metaphysical humour.

His appearances on stage are certified with an elemental presence - similarly to his acts in moving images. With his objects and installations he intends to reveal the latent power of things and the hidden characteristics of human nature with a grim, but at the same time affectionate, accepting manner.