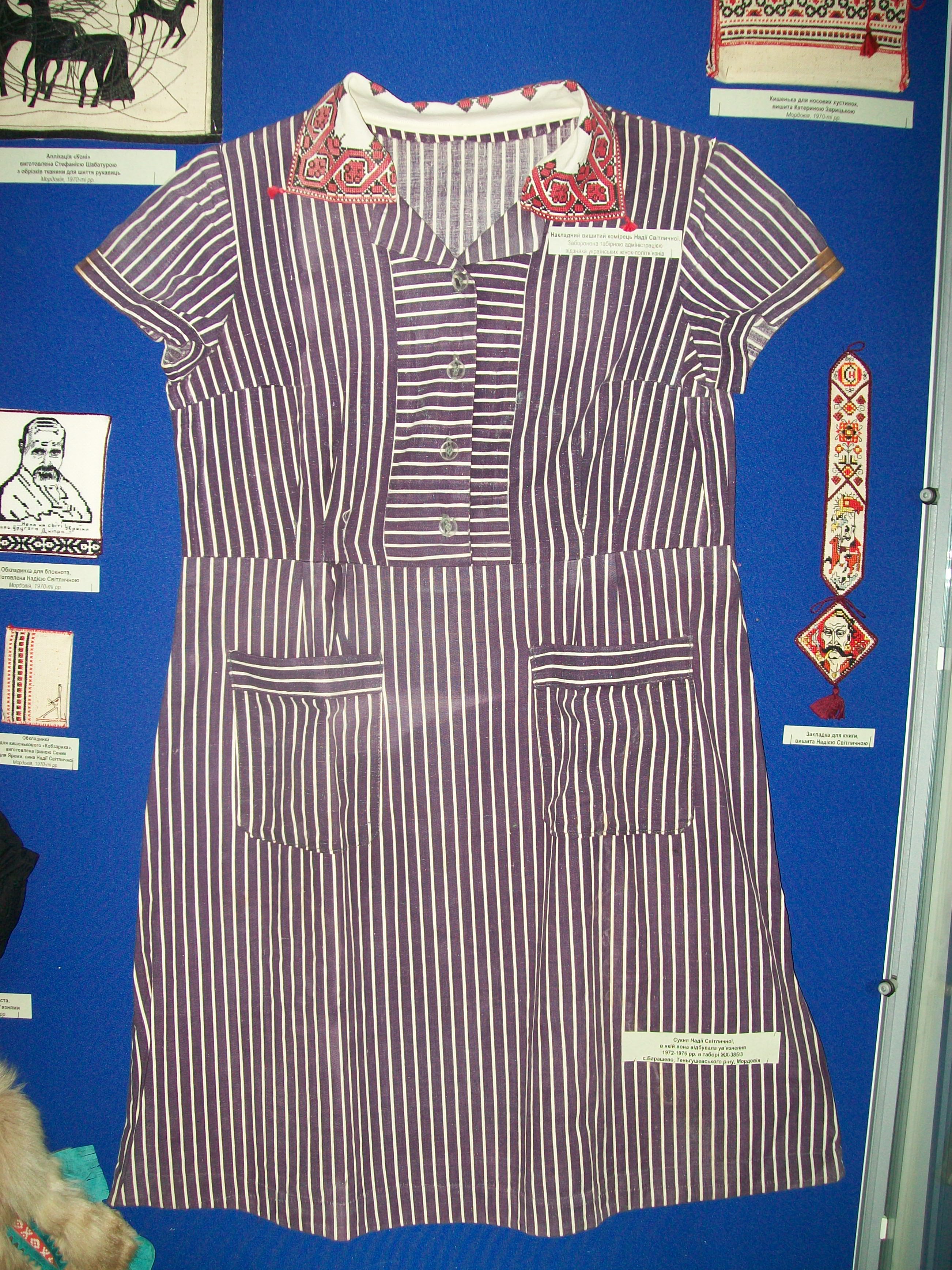 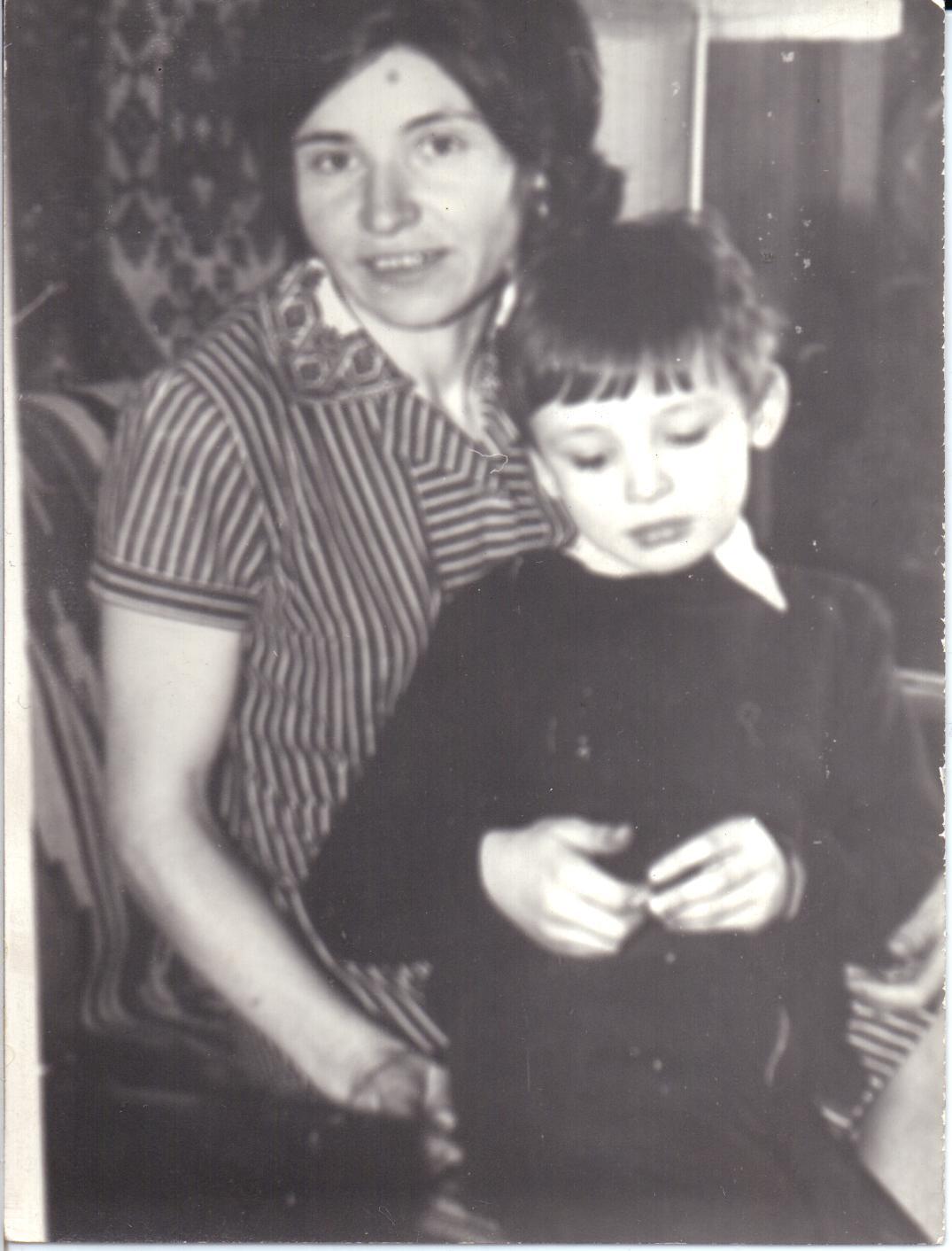 This dress belonged to Nadiya Svitlychna, which she wore while imprisoned at a hard labor camp near the village of Barashevo in Mordovia in 1972-1976. This is a cotton summer dress with an embroidered collar drawing on styles seen often as part of Ukrainian national dress. The collar was detachable so it could be quickly removed, because camp administrators had forbidden such adornments. This tradition was started by Ukrainian female political prisoners who had been given 25 year sentences for their involvement with the Ukrainian Insurgent Army. It was form of resistance that affirmed their solidarity with one another and also reasserted their humanity, dignity, and culture. Ukrainian female political prisoners also refused to wear on their chests tags with their camp numbers on them. In her memoir, Svitlynchna notes that she was never put in isolation for these acts, but did spend time in separate cells. Svitlychna also wore this dress after being released from the camps, as the consequences  of incarceration often reverberated widely for the inmate of hard labor camps, who struggled to find employment and housing, leaving them precarious and vulnerable.