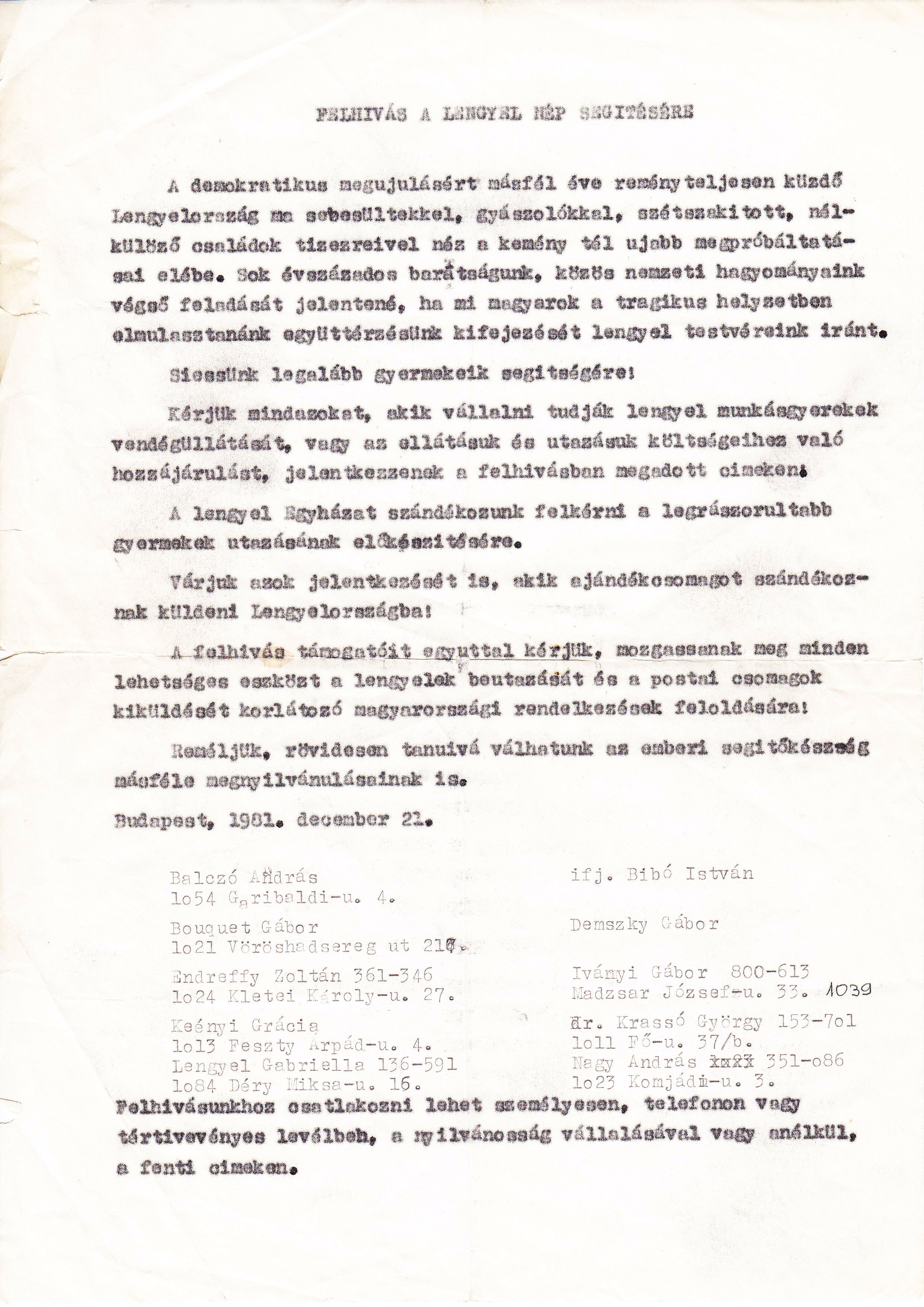 Just a week after the martial law was introduced in Poland, on the 21st of December 1981, a stenciled flyer appeared in Budapest with a public call to support the Polish people, especially children in need. Although the call was not issued formally in the name of SZETA, most of the ten people who signed it were the main organizers of the independent Hungarian relief movement, comprised of a sociologist, art historian, translator, philosopher, pastor, and even an Olympic pentathlon champion: András Balczó, István Bibó Jr., Gábor Bouqet, Gábor Demszky, Zoltán Endreffy, Gábor Iványi, Grácia Kerényi, György Krassó, Gabriella Lengyel, and András Nagy W.
This was neither the first, nor the last activity organized by SZETA for the aid of Polish families. Earlier that year in the summer of 1981, a camp was organized for children of poor Polish families at Lake Balaton by SZETA and Solidarność jointly. After the call, more than 500 Hungarian families offered donations or material help to host 150 Polish children. The Hungarian Red Cross, controlled by the communist party-state, two days later also felt obliged to offer their relief services, and took over the material goods collected by SZETA and transported them to Poland. This was the only occasion, when, for some practical reason, the independent and the official Hungarian relief organizations could cooperate.