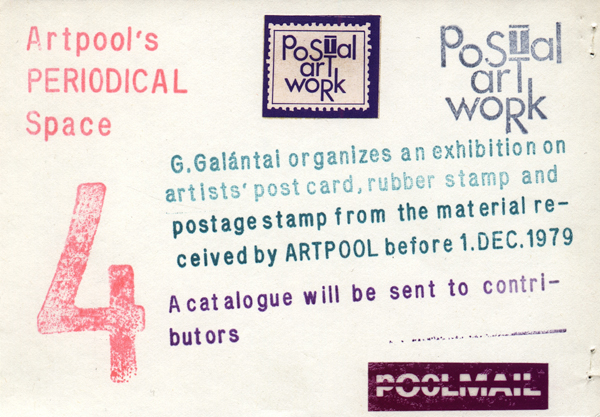 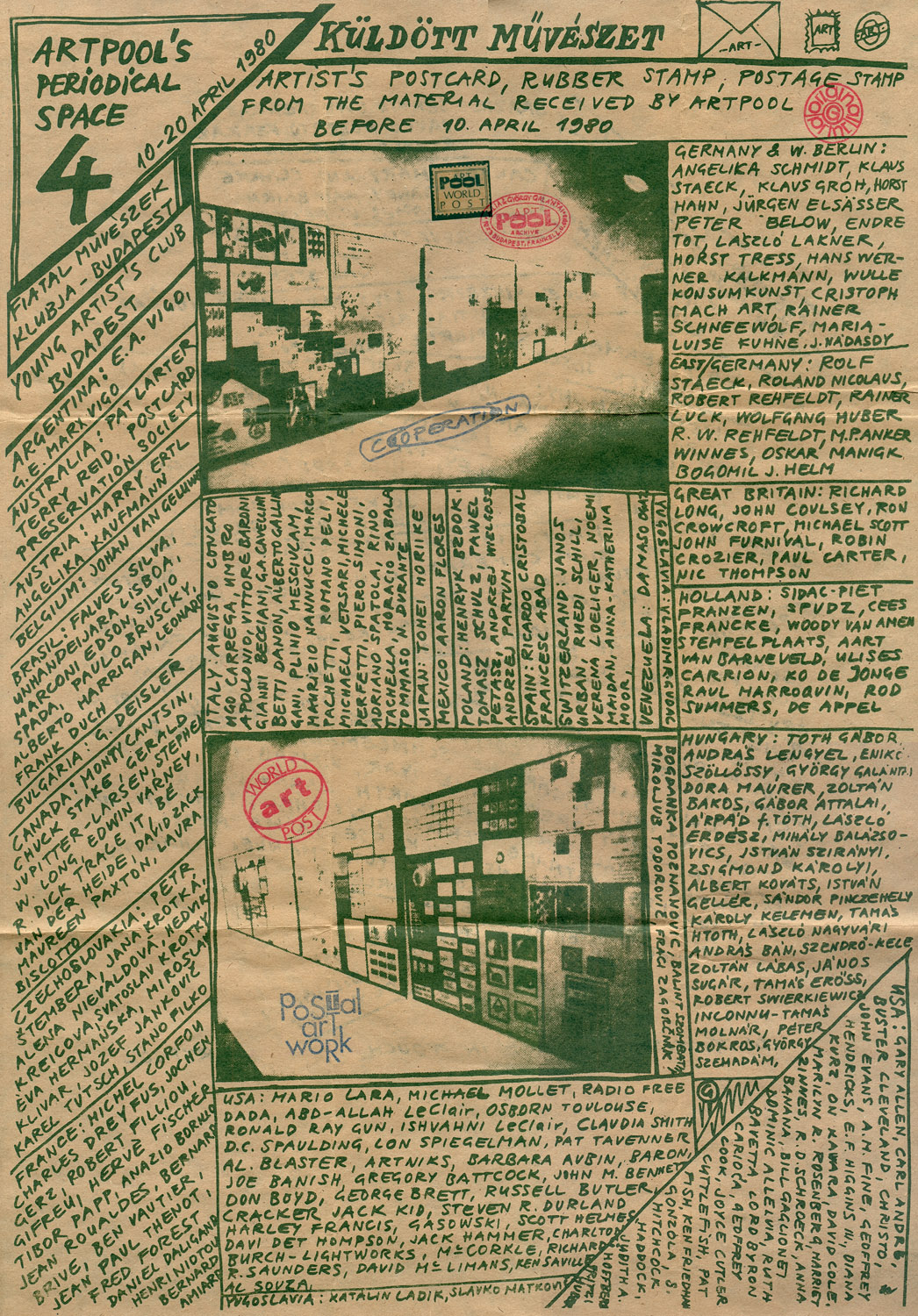 As Artpool did not have a permanent art space during the years when it was functioning illegally, most of the events which were organized at the time were held at different locations, such as clubs and small galleries. These sites were referred to as the Artpool Periodical Spaces (APS). These exhibition events were always accompanied by documentation materials of some kind, including posters, artists’ books and publications, and catalogues in which theoretical texts and translations on correspondence art, mail art, and artists’ stamps were first available in Hungary. Along with György Galántai’s own network art, these publications formed the essential exchange material when it came to the expansion of the archive.

The APS project was inspired by a request made by Robert Filliou. The APS series had 14 events each of which dealt with various aspects of publication in space. Exhibitions, performances, screenings, actions, concerts, and performance pieces were held on a range of themes. The events included several network projects which made Artpool known all over the world. For instance, an exhibition was organized for G. A. Cavellini in 1980, together with a joint performance on Heroes’ Square in Budapest, Hommage à Vera Muhina, and in 1982 an artistamp exhibition (World Art Post) was held of a collection which has grown to be one of the largest in the world thanks to the work of the “Eternal Network.”