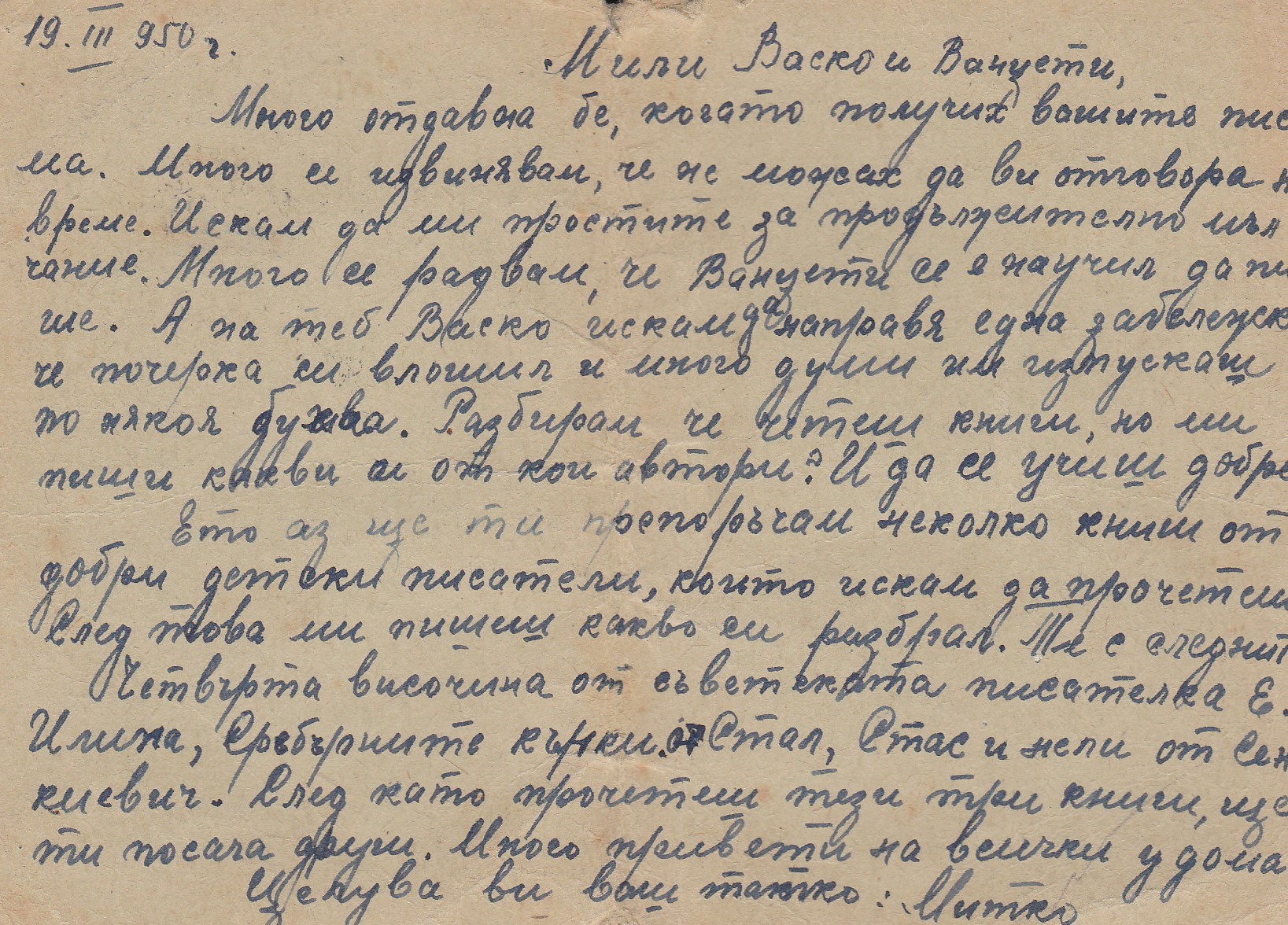 This letter by Dimitar Vasilev Stoyanov to his sons Vasil and Vantzeti was written in the notorious Belene labor camp. In his letter, Dimitar encourages his sons to study, read books, and to write letters so they keep in touch. All letters of prisoners in the forced labor camps were inspected and censored by the guards. For this reason, the letter does not contain any criticism of the regime nor complaint or description of life in the camp. The letter is a testimony of the ways in which parents condemned by the communist authorities as "enemies of the people" tried to protect and educate their children.