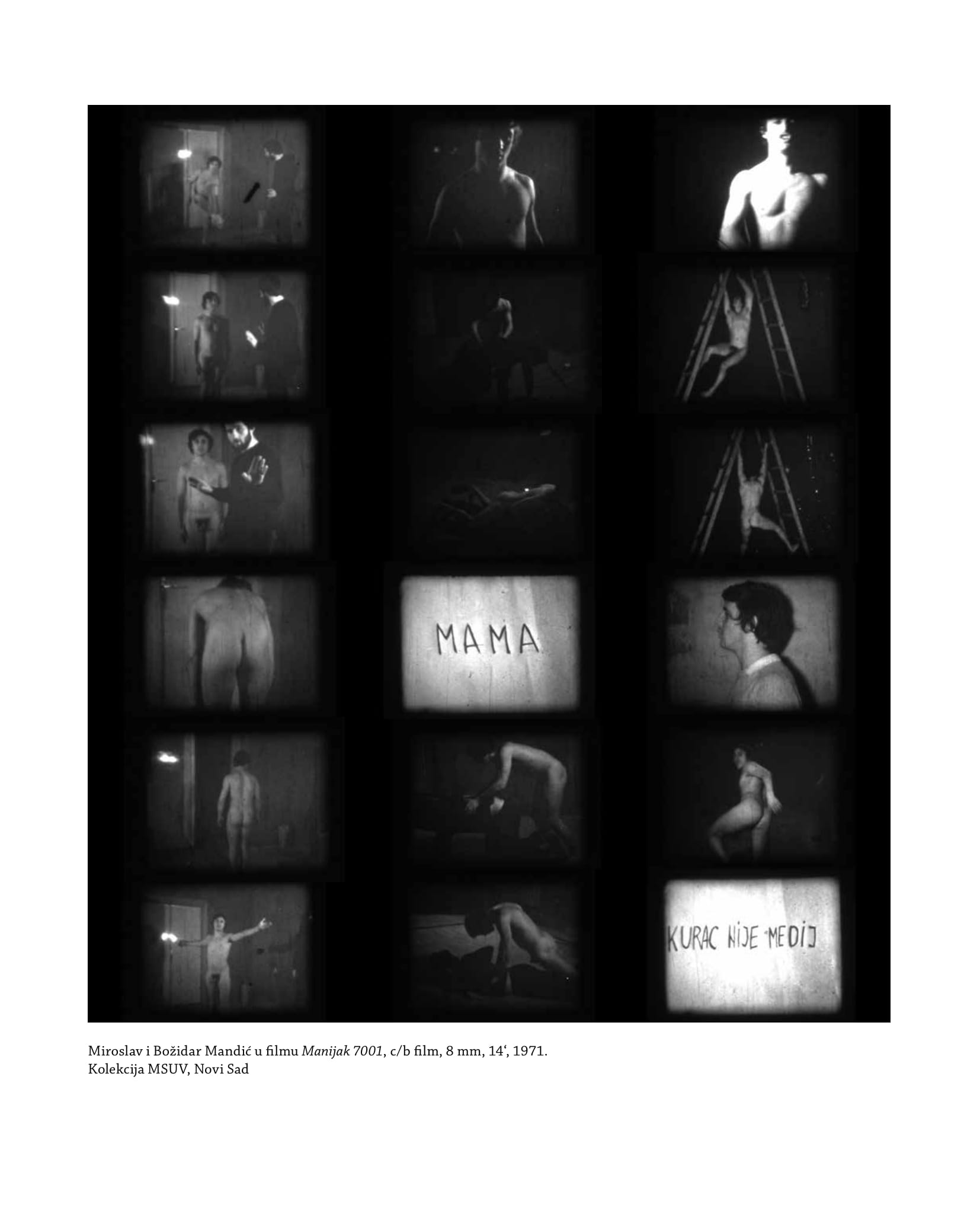 “The film Maniac 7001 was shot on the main stage of Youth Tribune in either December 1970 or in the beginning of January 1971. It was a cooperation between Božidar and Miroslav Mandić. In a mutual simulation of interaction and cooperation as director (Miroslav) and actor (Božidar), they simulate a homosexual act under the inscription ‘MOM’ which appears during the act. They play horse riding (Božidar rides Miroslav), hold speeches (the film is without sound), and simulate a march.

The central medium of this ‘performance’ however, is not the film itself, but the artists’ bodies, which become their own media/medium. In this case, it is a naked male body (Božidar is completely naked throughout the movie), which was seen by the dominant culture as excessive and scandalous. Among the taboos of Yugoslav culture was the question of homosexuality, which was directly addressed by this generation of artists. In the movie Maniac 7001 the above mentioned is additionally explored at the level of language. The statement ‘DICK IS NOT A MEDIA’ is shown to the spectator in the form of a political slogan. In the end it could be said that Maniac 7001 is to a large extent a synthesis of differing experiences and strategies, otherwise characteristic of the Novi Sad conceptual circle of the time, as a reaction of young artists to the different kinds of aesthetic and bureaucratic pressures to which they were exposed.” (Milenković, 2015, p. 25, 27) The action was not public and hence there was no public reaction to it. The film was only screened years later.