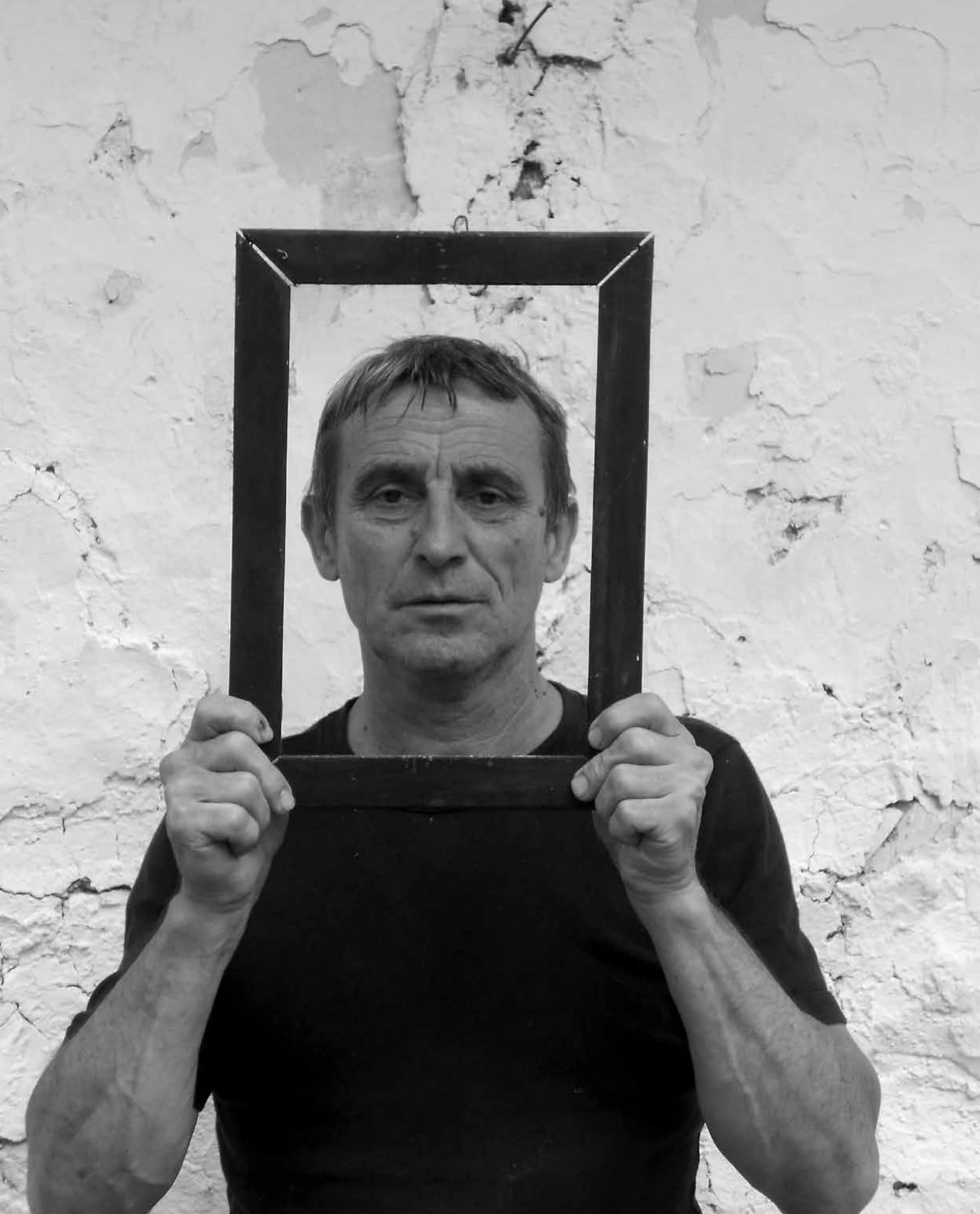 “My life in the forest is at its core a protest against the slumbering humanity and corporate art. That is the reason why my art is rough, rugged and in opposition to perfection and technological deception. I love to say: Salvation won’t come from machines, but from the forest.” (Božidar Mandić quoted in Milenković, 2015, p. 105)

Božidar Mandić was born on 1 January 1952 in Novi Sad. He was part of the avantgarde scene in the late 1960s and during the 1970s that gathered around Youth Tribune, Index and Polja. He was a member of the groups January, February, March and, subsequently, Intima, an informal urban hippy commune in Novi Sad.

He was among the youngest members of Youth Tribune and he established the group Stinking Bill and Company (Smrdljivi Bil i kompanija) in 1970 with Vladimir Mandić (unrelated). Subsequently, Božidar initiated The Academy of Fine Arts in Shed (Likovna akademija u šupi) as a reaction to the educational system. Božidar's significant performances aimed at shocking people and raising their cultural awareness. The majority of these performances were inadequately or not at all documented.

He says about himself: “I did not belong to schooled art. Rather I made a leap from a conceptual family into an elementary culture and ‘wildism’ [divljizam] – aesthetics which signify the beginning of a new civilization, even if I'm the only one for whom it holds significance.” (Milenković, 2015, p. 105)

He came to age in the company of the members of Youth Tribune and, in the words of Nebojša Milenković, he witnessed “the brutal blow they suffered from the communist bureaucracy”.  In the 1970s the alternative counterculture operated on communal principles and Božidar, together with those banned from Youth Tribune organized an urban commune at 18 Tesla Street, Novi Sad, because all means of institutional action were cut off. The commune was occasionally raided by police, as they were seen as drug addicts and as a danger to society.

The art of Božidar Mandić in the 1970s focused on creating ‘incidents’ and ‘spaces of incident’ in traditional culture. Vujica Rešin Tucić coined the term “tradition of the avantgarde” which refers to the concept of tradition and acknowledges the right of every person to choose the tradition to which they belong, place of birth notwithstanding.

In the commune on Tesla Street, Božidar and Braila, his spouse, hosted vegetarian lunches every Friday at 3PM and invited friends for conversation, being one of Božidar’s art forms. After being advised to leave this address by the police, Božidar and Braila purchased property on Rudnik mountain in 1977 near the village of Brezovica and they moved to the forest with their newborn daughter Ista. Božidar made his alternative way of practicing and living art into immediate reality. They established the Family of Clear Streams commune, or, as Božidar likes to call it “The Institute of Freedom Under the Open Sky”, where he still lives and makes art. He is active in the fields of literature, alternative theatre, theatrical directing and journalism.