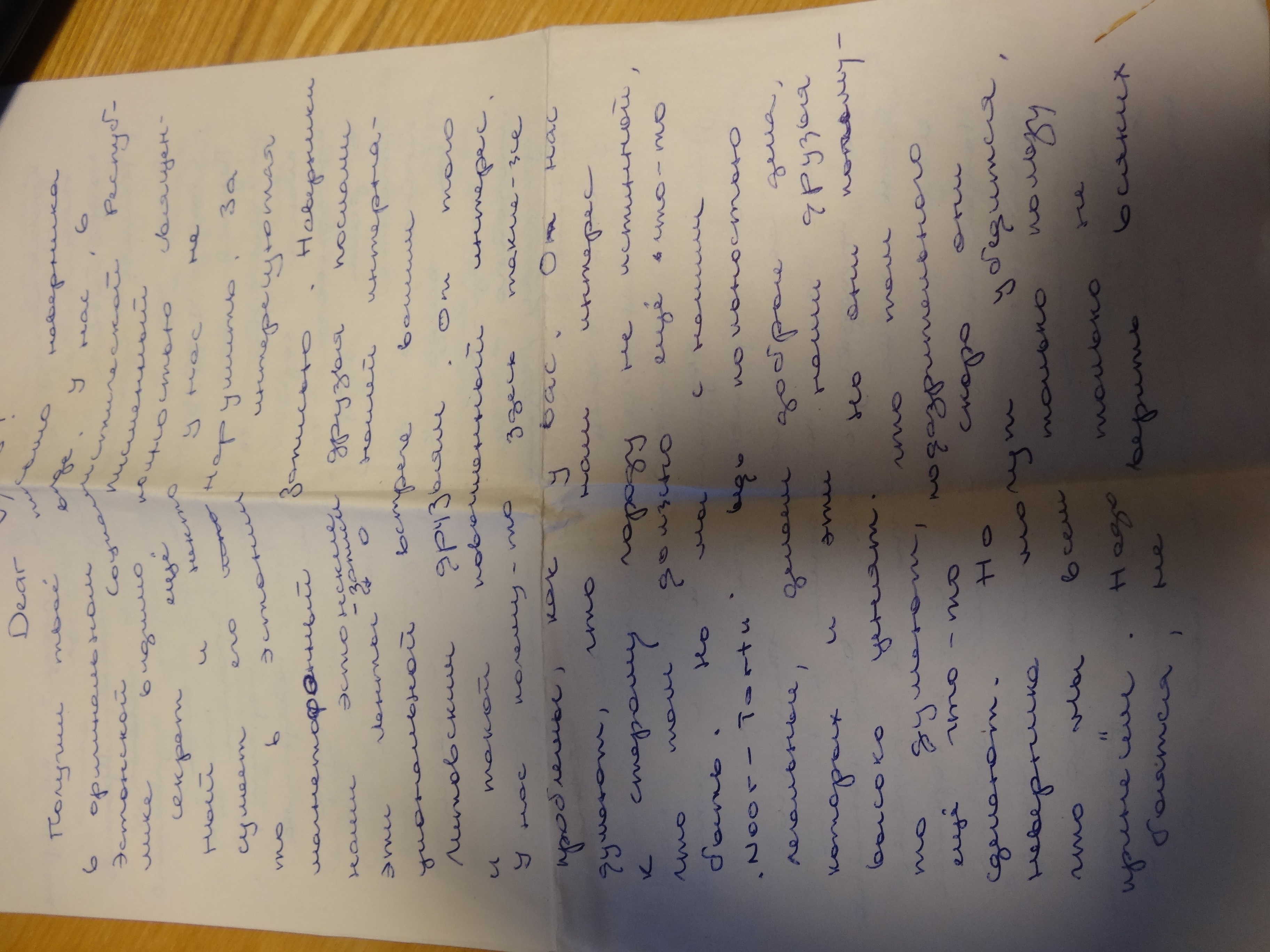 In a letter to Vytautas Umbrasas (there is no date on the letter, but from the stamp on the envelope we can see that the letter was sent on 30 January 1983), the young Estonian historian and future prime minister of Estonia informs his colleague in Lithuania about the situation in Estonia after the last joint conference (he puts it humorously, calling it ‘international’). According to Laar, the KGB (in the letter he writes ‘our friends’) tape-recorded talks at the conference. He guesses that the recording has already been sent to Lithuania. Laar encourages Umbrasas not to be afraid of this, because the Noor-Tartu (Young Tartu) organisation has legal status. Laar says that the KGB did not believe in Young Tartu’s aims to look after preserving the Old Town in Tartu. Thus, the letter reveals that collaboration between Lithuanian and Estonian students went beyond just simple joint academic events, and the relationship had a non-Soviet aspect.