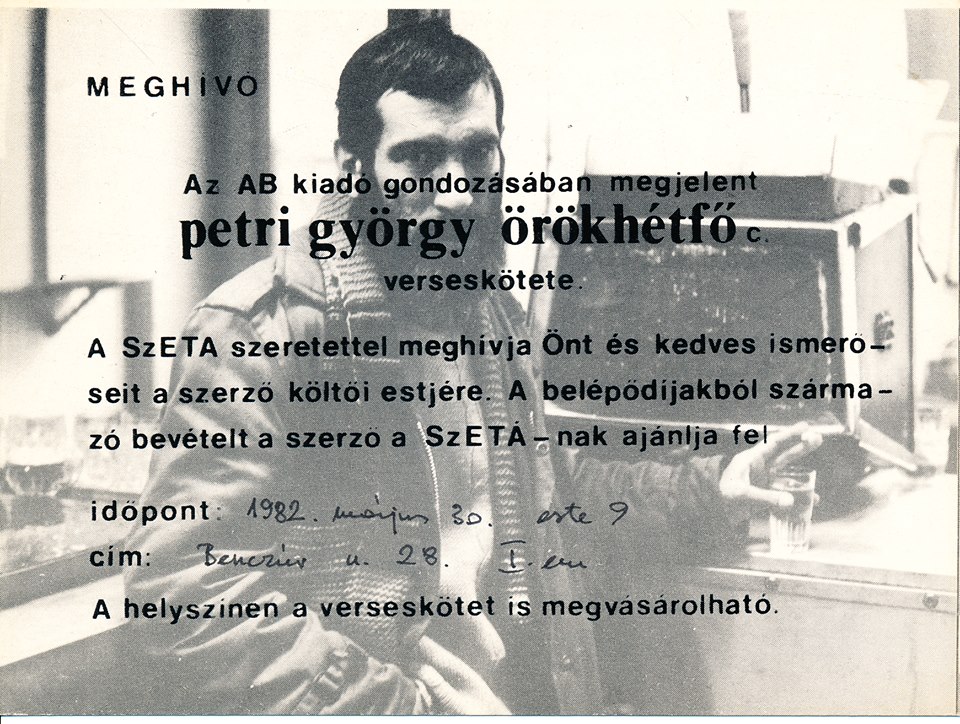 This single page invitation card to the AB Independent Publisher’s poetry book launch of “Ever-Mondays,” by György Petri, on the 30th of May 1982 in Budapest, is a rare and revealing early document of the Hungarian dissident movement.

“Fund for Aiding the Poor” (SZETA) just debuted a year before, and the most influential periodical of Hungarian democratic opposition Beszélő (Speaker), together with the AB Independent Publisher, was established less than half a year later, in late 1981.

In fact, the author himself, poet and philosopher György Petri, was also a founding editor of Beszélő, and an active supporter of SZETA. It was a small miracle when he offered the income from his book sales entirely for the relief activities of SZETA; it was printed on the invitation card that his book, which had been rejected for years by state publishers, would be available uncensored, and could be purchased at the event.

All these reflect upon the engagement of independent actions: the radical claim for both political and cultural freedom together with the still challenging, new activism for social justice and solidarity.