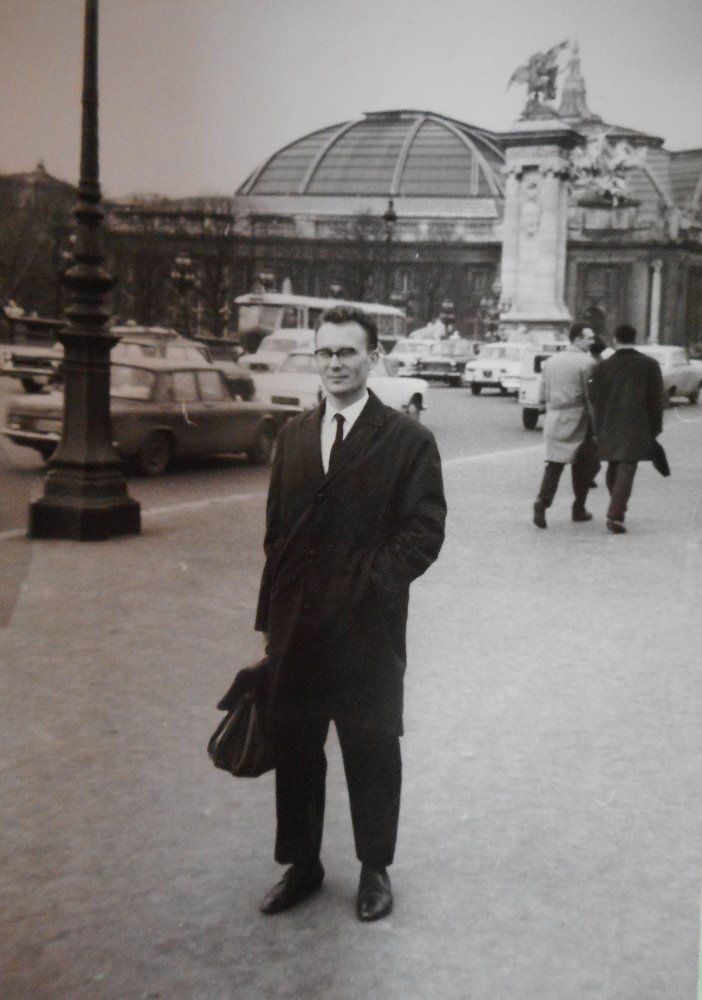 Milan Jelínek was born 22. 6. 1923 in Brno. After his graduation in 1942, he was forced to work in Austria, where he worked as a clerk. During this time he participated in an anti-Nazi resistance group Lípa. Because of this, he was arrested and imprisoned from the beginning of 1944 until the end of the war. In 1945, he began to study Czech, Russian and Serbo-Croatian at Brno´s University, but due to financial problems he finished his studies externally. In 1948 he became a teacher for a year at the grammar school in Holešov.

The next year he became an assistant professor at the Faculty of Arts in Brno for a while, where he returned again from 1958 to 1971. For the third time, this institution became Jelínek´s employer in the period 1990 to 1992. Jelínek also worked at the Czechoslovak Academy of Science from 1953 to 1958 and 1971 to 1983. In the academic year of 1961 to 1962, he had a fellowship at the University of Greifswald and four years later at Sorbonne. The second academic destination became a good "explanation" when French scientists visited his underground university at his flat in the 1980s. Milan Jelínek also worked in university administrative positions: from 1962 to 1964 as the Dean of the Faculty of Arts, from 1990 to 1992 as the Rector of Masaryk University.

Jelinek was an enthusiastic Communist at the beginning of the 1950s and remained a strong left-wing ideologist until the end of his life. He was expelled from the Communist Party in 1970 because of his engagement in the Prague Spring. It was then that Jelinek was forced to leave the university in 1971 and work at the Academy of Sciences, where he could only pursue the popularization of Czech language and not scientific and pedagogical work. Jelinek published his articles unofficially under the names of other authors or in samizdat. The most significant activity of Jelinek within the framework of the cultural opposition lies in publishing samizdats and his organization of the underground university of the French branch of the Jan Hus Educational Foundation. The samizdat workshop of Jelínek's family (his wife Jana was actively involved) published about 120 book titles and 110 issues of magazines. The underground university in Jelínek's flat took place from 1986 to 1989, during which time there were 32 French thinkers.

Milan Jelínek holds many awards, among them the Commandeur dans l 'Ordre des Palmes académique in 1993, the Medal of Masaryk University and the University of Silesia in Opava.