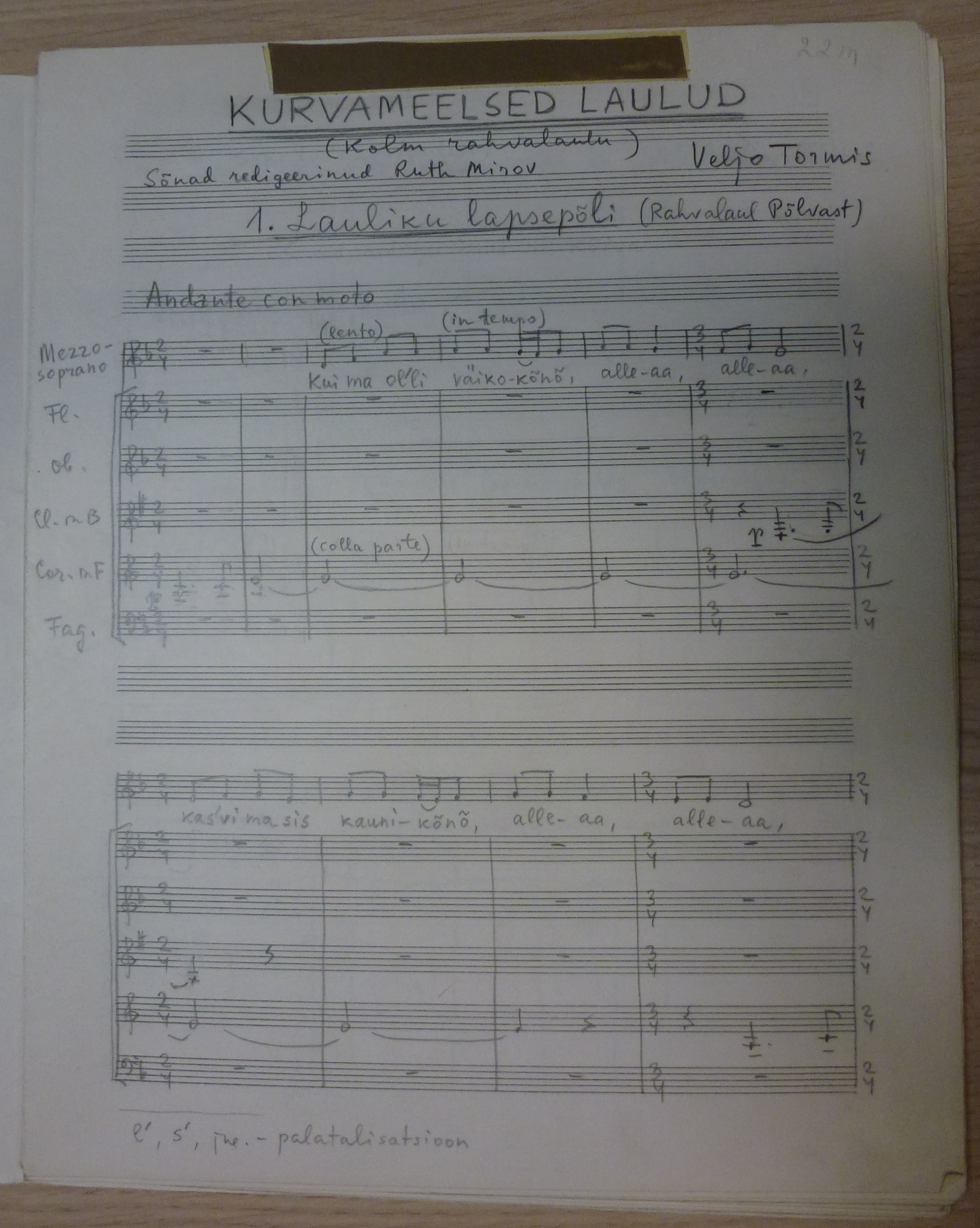 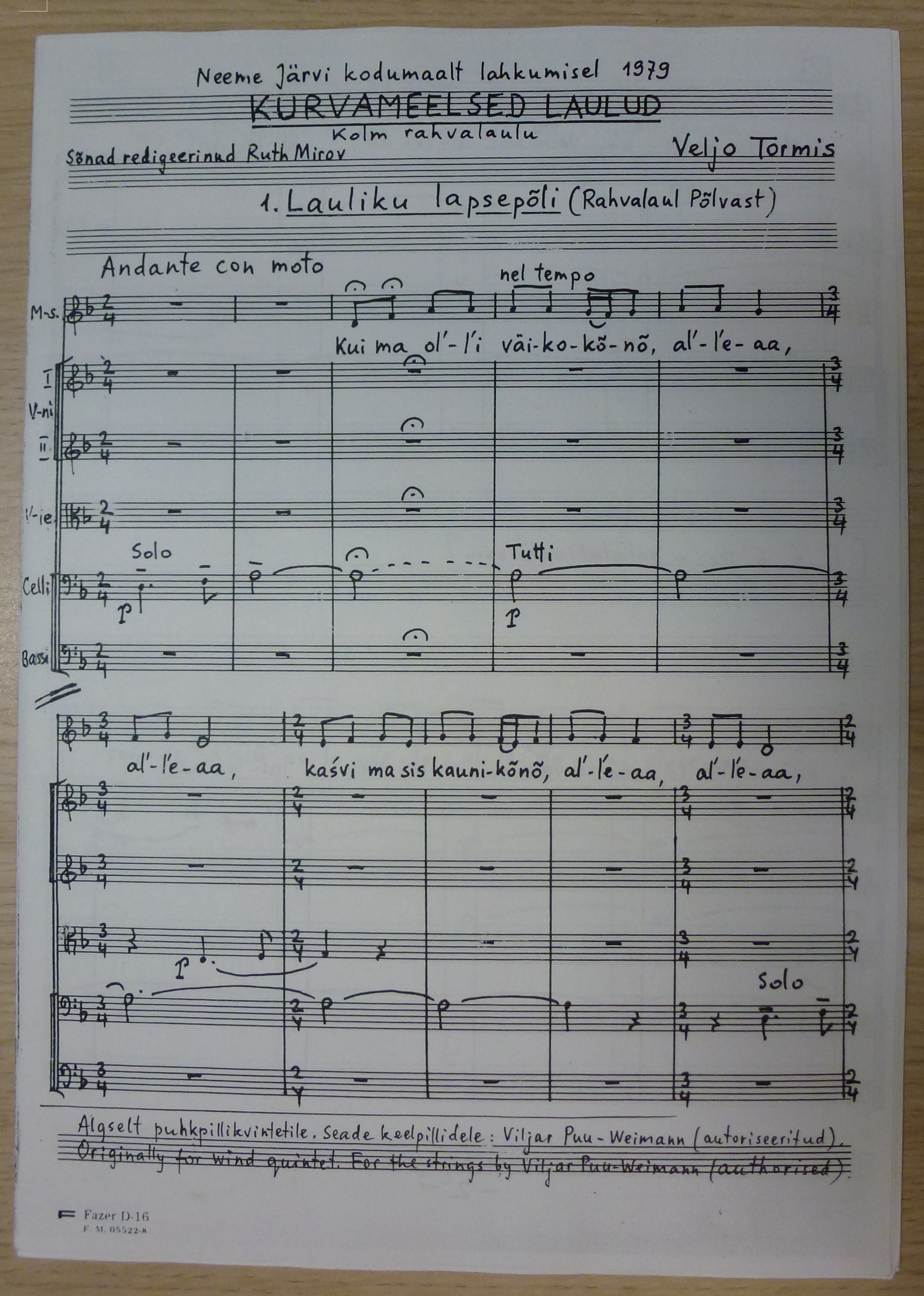 Veljo Tormis wrote his Kurvameelsed laulud (Melancholy Songs) in 1979, and dedicated it to the conductor Neeme Järvi, who was persona non grata in the Soviet Union since 1978. Thus, Tormis was told to cross out the dedication on the first page of the manuscript. However, he refused to do so, and covered it up with a strip of dark paper instead. The dedication is faintly visible through the paper. The manuscript was accepted, and later archived in this form. On a later copy, which also belongs to the same collection, the dedication is rewritten and formulated as a dedication to Neeme Järvi's leaving the homeland. Järvi emigrated to the United States in 1980.

Kurvameelsed laulud is not the most famous work by Tormis, but the manuscript is a unique and notable rarity as a reflection of the struggle with Soviet censorship.