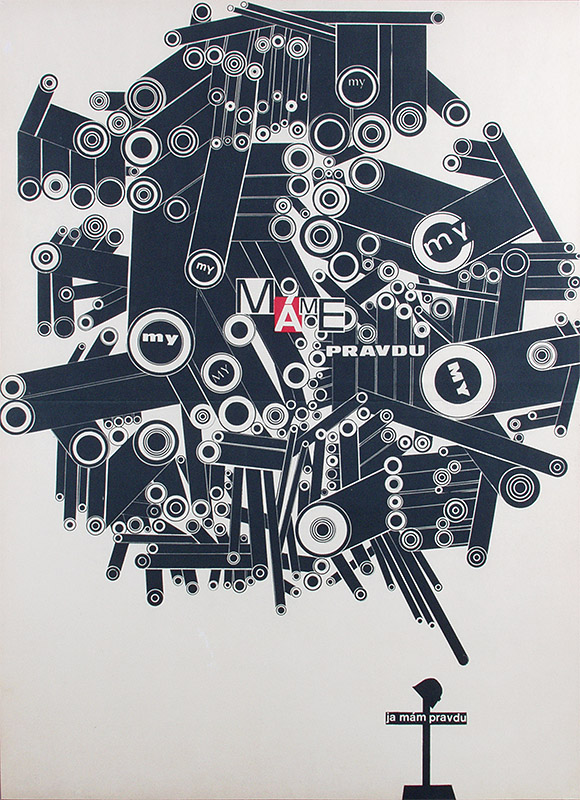 Rudolf Altrichter (1916-1978) was a painter, graphic designer, and typographer. He was born to a Swiss family in Vienna. Rudolf Altrichter learned graphics and painting as an auto-didact, and in 1946 was one of the co-founders who re-established the Slovak Art Society (1946). He also founded the association of Slovak Graphic artists a year later (1947). Since 1950 he worked as freelance artist. In the 1960s his work was influenced by pop art among other things. From 1955 to 1972 he created a number of film poster designs, 32 of which were printed.
The poster I´m right, you´re right was created in 1969. Although the design has a personal dimension, it also reflects the dichotomy between individual and society after 1968 and, at the same time, it demands to subjectivise the truth.