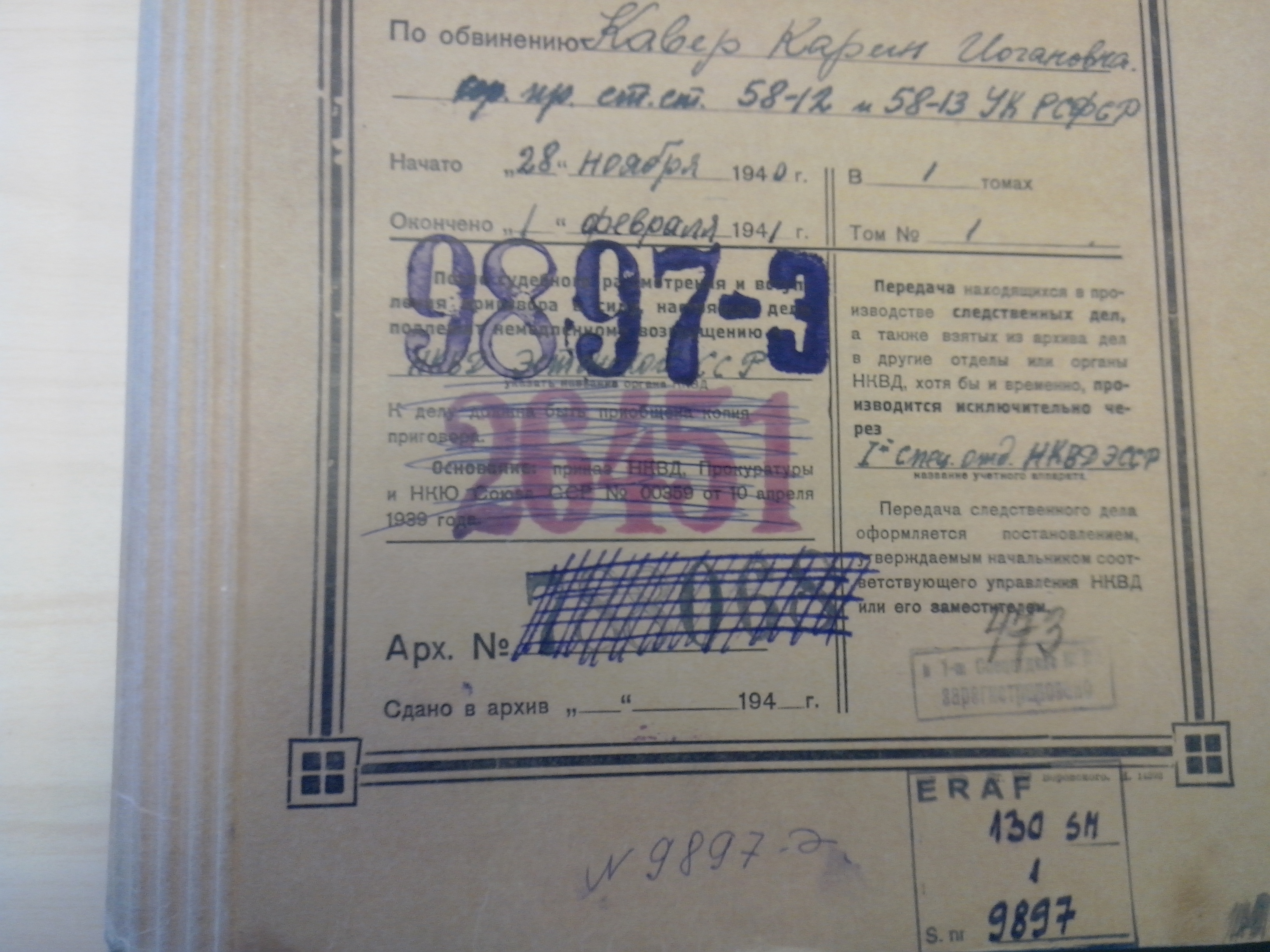 The collection of completed investigative files at the National Archives of Estonia is an extensive set of investigative files about people who were persecuted during the Soviet period. A significant part of the collection is made up of files about persecuted cultural figures. The files in this collection are complete, which means that the interest of the authorities towards a person (or persons) had ended, due to death, rehabilitation or other reasons, and the cases were closed.