Information about the preventive activity of State Security 1984 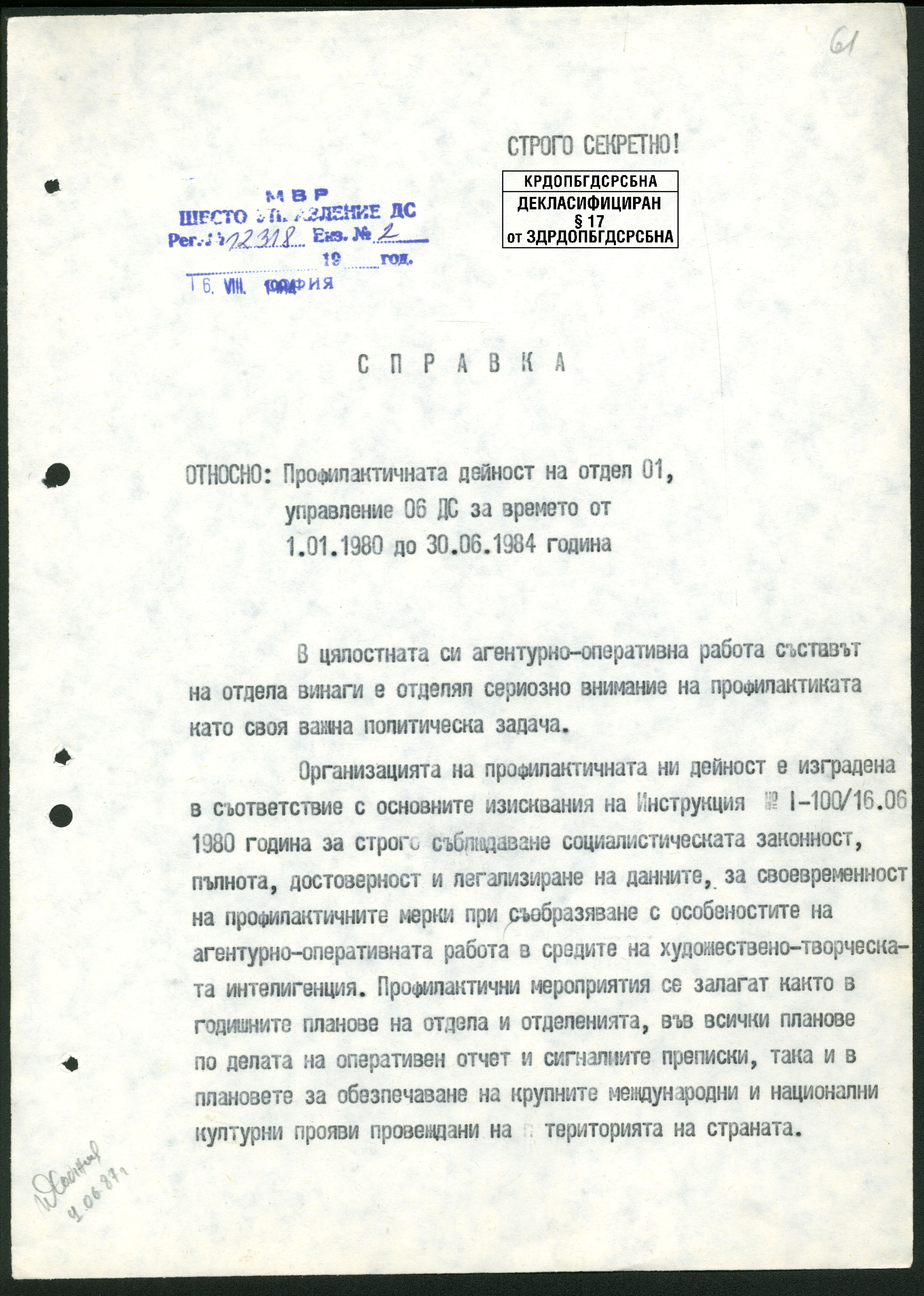 The document reveals that during the reporting period, the appointment of more than 200 persons whom the regime considered to be of "enemy origin or standing at unhealthy ideological and aesthetic positions" was declined by the government. Career promotion of 60 persons of these categories was not granted either. The document also talks about the measures and events that the state security identified to improve its "prophylactive work" among the intelligentsia. This document, thus, gives a good idea about the nature of work of the state security against cultural opposition, and how persons deemed illoyal faced significant problems in their careers.