Report on ideological sabotage and subversive activities among the intelligentsia 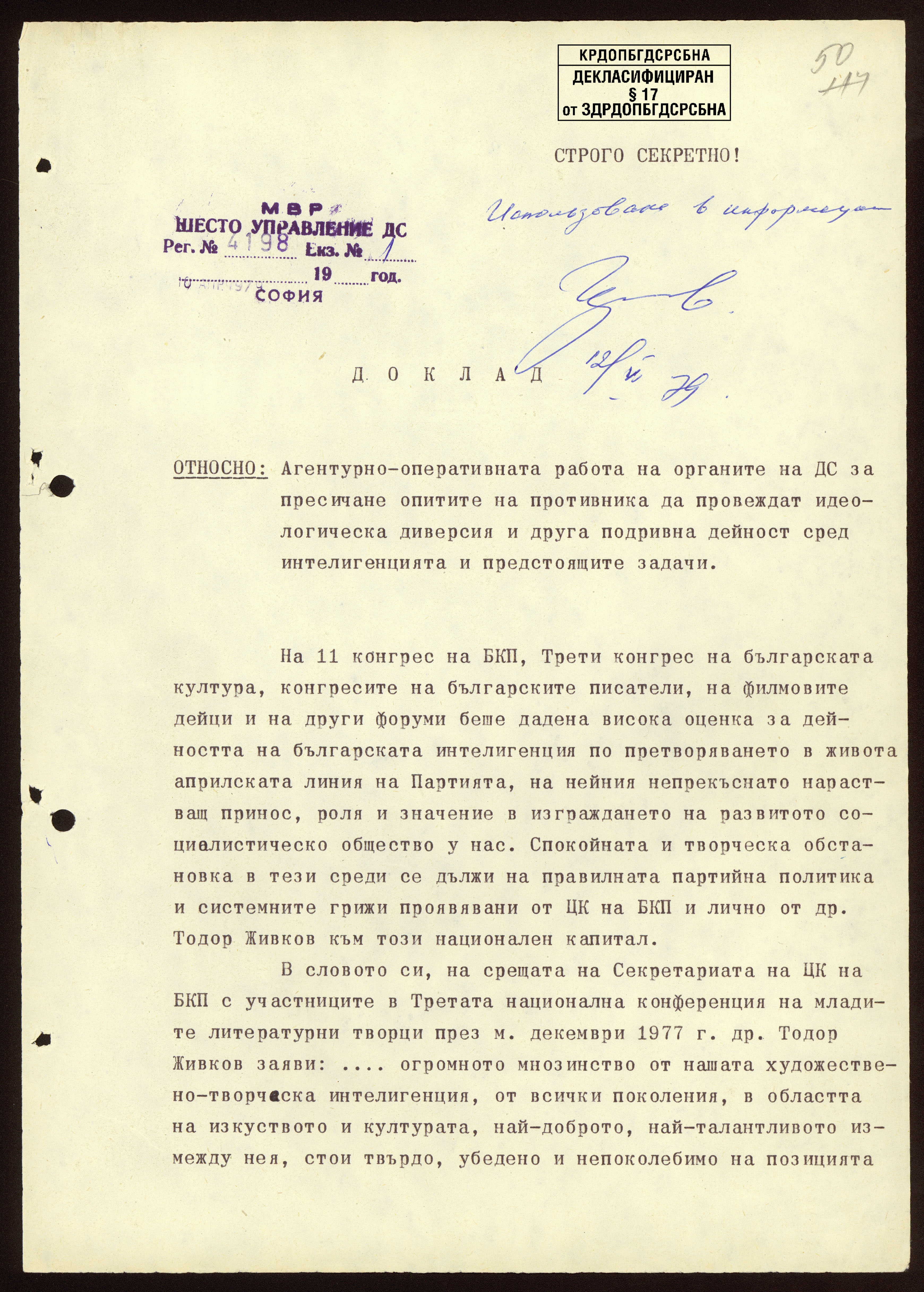 Report about "Agency-operational work of the organs of the State Security to prevent the attempts of the enemy to carry out ideological diversion and other subversive activities among the intelligentsia and forthcoming tasks", Sofia, April 10, 1979.
The report identifies weaknesses in the work of the State Security. It emphasizes the need to focus on preventive measures and "prophylactic work". For the past two years, the number of agents working with respect to the intelligentsia has doubled. However, the report stresses that the Unions of Artists, Actors and Journalists, and some institutes of the Bulgarian Academy of Science and the Ministry of People’s Health are still weakly covered. Thus, the report not only gives a vivid illustration of the work of the State Security in the late 1970s and of its assessment of the political attitudes of intellectuals; it also shows how the state security evaluated its own work and what rhetoric they used to demand more resources.