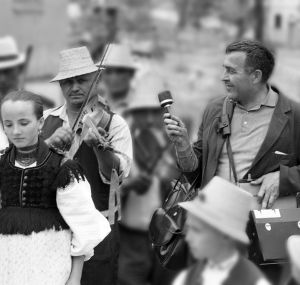 Zoltán Kallós’s Ethnographic Collection constitutes one of the most successful individual attempts at saving folk culture. This collection of material and spiritual items was carried out with the purpose of preserving not only the Hungarian cultural heritage, but also the ethnical diversity of the Transylvanian Plain (CâmpiaTransilvaniei in Romanian; Mezőség in Hungarian), as well as the collective identity of the Roman Catholic population of Moldavian Csángós. The collector successfully defied the political practice of the Romanian communist regime that aimed at socially and culturally homogenising Romania.