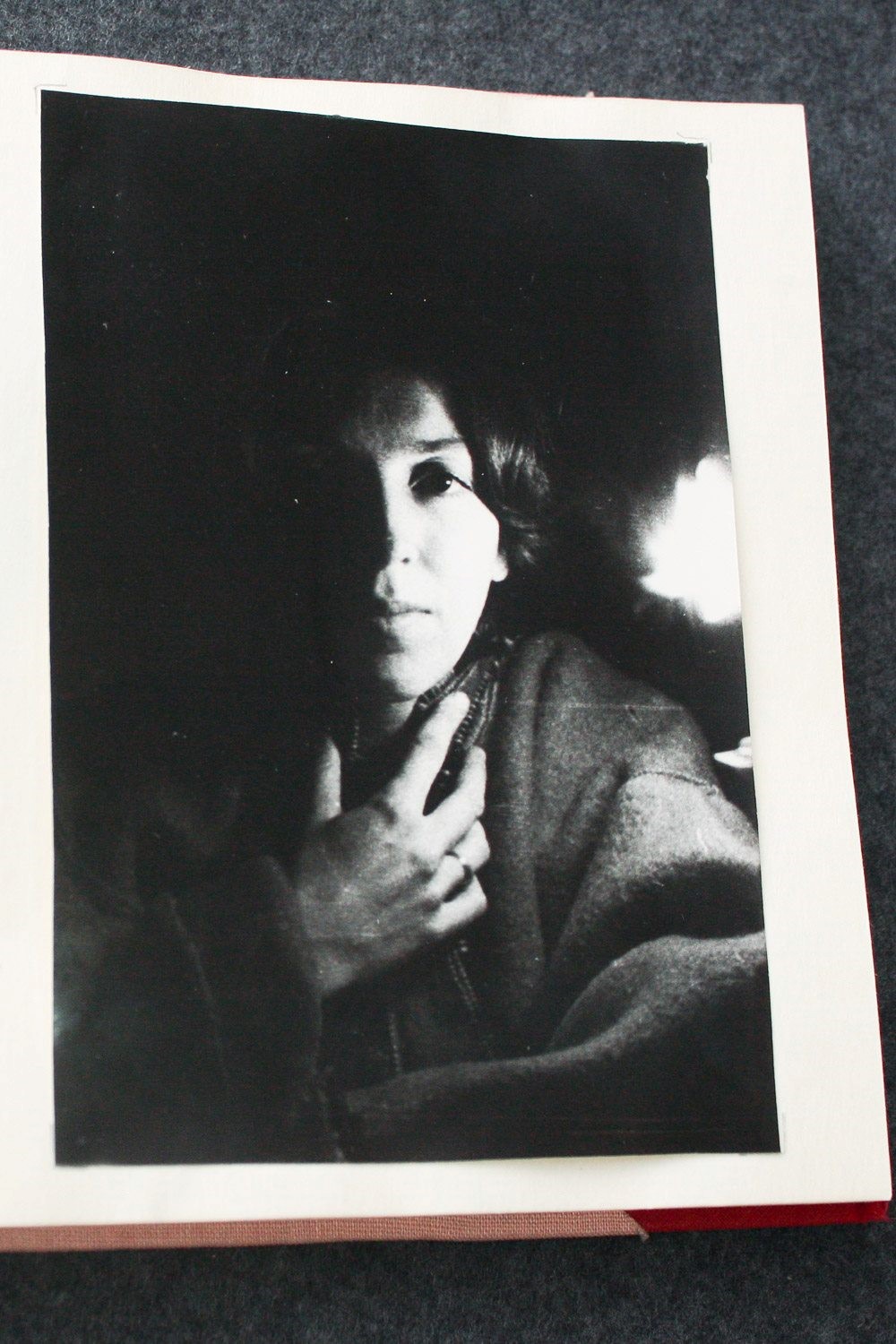 Iryna Stasiv-Kalynets (b. 1940-d. 2012 in Lviv)  was a poet, philologist, member of the „sixtiers” and human rights movements in Ukraine. She was arrested in 1972 along with much of her social circle for „anti-Soviet propaganda and agitation.” Stasiv-Kalynets studied Slavic languages and literatures at university in Lviv in 1959-1964, after which she worked as a teacher and librarian in local schools. In 1969, she began teaching Ukrainian language and literature at Lviv Polytechnic Institute and also published a number of children’s books at this time. As a result of Khrushchev’s thaw, she took great interest in developments in neighboring Hungary and Czechoslovakia, which radicalized her. In 1970, she and nine others signed a letter of protest in response to the arrest of historian Valentyn Moroz, after which she was fired from her job. The following year she and her husband declared their public support for the microbiologist Nina Strokata, a human rights activist arrested in 1971.

After her own arrest in 1972, along with many of her other dissident compatriots, nearly 100 of her students were interrogated by the KGB, of which only a handful submitted denunciations against her. She was sentenced to 6 years of imprisonment in a forced labor camp and three years of exile in the far reaches of Siberia, in the village of Undino-Poselye, Zabaykalsky Krai, Russia (with her husband Ihor Kalynets, who was arrested and sentenced to a similarly long imprisonment). Her sentence was not commuted despite exhortations on her behalf that this verdict was far too harsh a response for writing non-conformist poetry.

After her release in 1981, she returned to Lviv, where she returned to active life but struggled to find employment. She was finally able to find work after the intervention of the KGB itself, as a cashier and secretary in the regional teachers’ center. In 1987, Stasiv-Kalynets played an active role in reviving cultural and civic life in Lviv. In November, she and her husband Ihor were among the founders of a Ukrainian association for an independent creative intelligentsia. She gave public lectures about Vasyl Stus, worked with independent cultural journals, helped found the Ukrainian branch of “Memorial” as well as the Popular Movement of Ukraine (Rukh), which was part of the republic’s democratic opposition.

Stasiv-Kalynets was also involved in the revival of the Ukrainian Greek-Catholic Church (UGCC). In 1988-1989, she participated in many rallies and meetings, many of which had not been sanctioned by the authorities. She was detained on several occasions as a result. Her participation in a rally on January 22, 1989, which marked the 80th anniversary of the 1919 declaration of an independent Western Ukrainian National Republic, resulted in 10 days of custodial arrest. She was also detained in February 1989, when Mikhail Gorbachev visited Lviv.

In 1990, Stasiv-Kalynets was elected a deputy to Ukraine's Verkhovna Rada. In May 1990, she became head of the Lviv Regional Department of Education, playing an active role in school reform.  In 1992-1994, Stasiv-Kalynets served as chairperson of a parliamentary subcommittee on education. Prior to her death in 2012, she also played an active role in making the Prison on Lonskogo St. a museum-memorial for all the inmates incarcerated there.