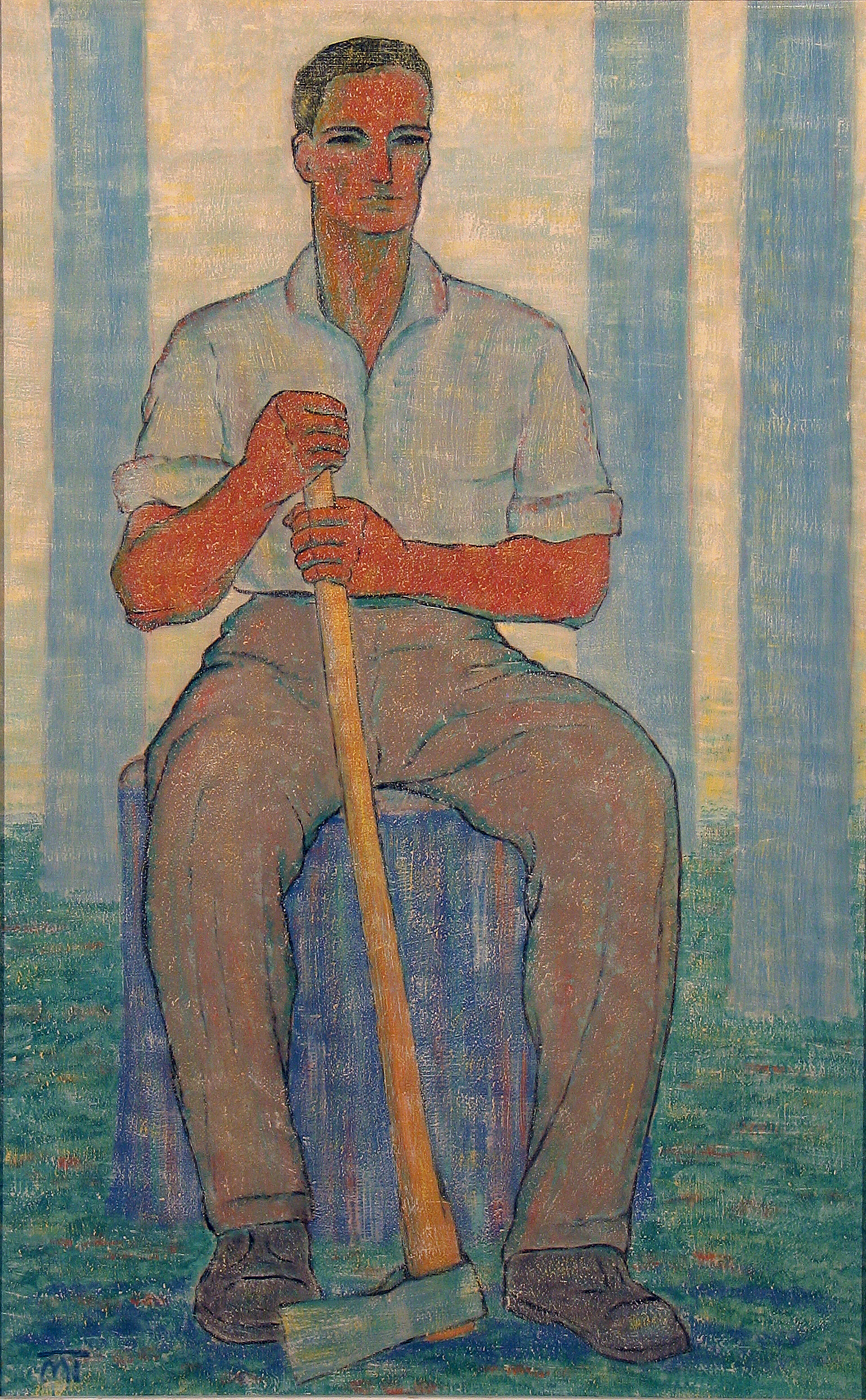 Although it is not officially dated, Muncitor forestier (Forestry Worker) was probably painted in the late 1940s or early 1950s, when its author was trying to adapt his artistic creation to the new cultural policies. From the point of view of the technique used, the painting combines tempera and oil painting on plywood. According to the art historian Radu Popica, the painting Muncitor forestier (Forestry Worker) illustrates the “difficulties” encountered by Mattis-Teutsch in the process of adapting to socialist realism (Popica 2015, 12). The artist tried to combine techniques of his art from the 1930s with the precepts of socialist realism. However, this synthesis, called by the artist “constructive-realism,” failed to convince the authorities (Popica 2015, 13). As has been observed by Dan-Octavian Breaz, although Mattis-Teutsch’s art in the 1930s suggested the “new man” of socialist realism, the modernist techniques used by Mattis-Teutsch were in fact incompatible with socialist realism, because they were unsuitable for the purpose that art was supposed to serve in the new society (Breaz 2013, 124). This explains the negative reception of Mattis-Teutsch’s artistic creation in the 1950s, despite his honest attempts to integrate into the new cultural context.